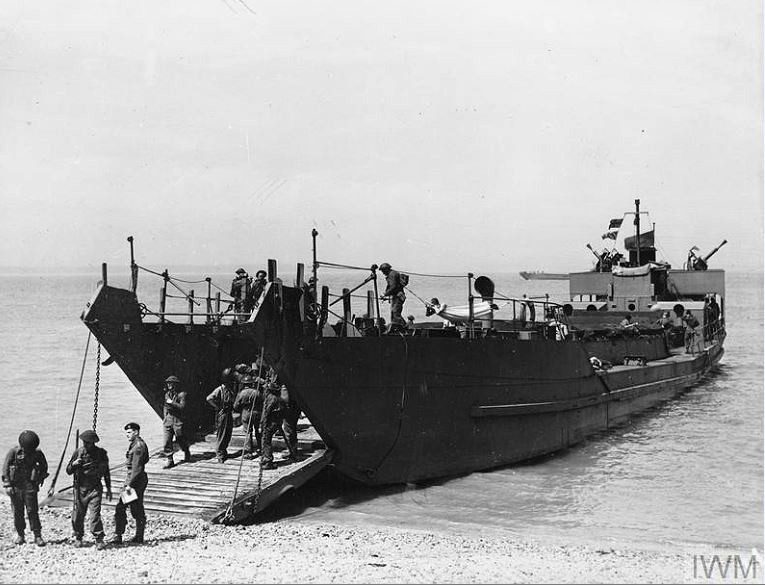 A collaboration between two British universities has resulted in the identification off north Wales of a World War Two landing craft that had been recorded as sinking more than 100 miles away.

The wreck appeared to be that of a Landing Craft Tank, and subsequent archival research by marine archaeologist and historian Dr Innes McCartney of Bournemouth University suggested that it was almost certainly LCT 326, lost 77 years ago.

The Mk III LCT had been built in Middlesbrough and launched in April 1942. LCTs were designed to land armoured vehicles during amphibious operations, with many later taking part in the 1944 D-Day landings.

On 1 February 1943, LCT 326 was heading south with the 7th LCT Flotilla on a transit cruise from Troon in Scotland to Appledore in Devon, under the watch of HMS Cotillion.

The flotilla had left Troon the previous day but was making slow progress in heavy weather. It passed the Isle of Man on 1 February and examination of National Archives documents by McCartney revealed that LCT 326 was last noted as remaining with the convoy at 6.30pm on that day, just north-west of Bardsey Island.

The Admiralty at the time had recorded the vessel as sinking near the Isle of Man, as the result of bad weather or collision with a mine. It will now be expected to correct its records, because the wreck was found 25 miles further south from the last sighting off Bardsey, in almost perfect line with the flotilla’s course.

Although the wreck was broken in two parts lying 130m apart, its dimensions of 58m by 10m matched those of a Mk III LCT. Key features such as the distinctive landing gangway and stern deckhouse were also recognisable from the scan.

The vessel is thought to have foundered in the heavy seas – though a mine could not be ruled out – and had probably broken just forward of the bridge.

The scanning was part of the Bangor-led SEACAMS2 research project, examining the effect of shipwrecks on the marine environment in relation to development of renewable energy off Wales.

“Wrecks such as LCT 326 and their associated physical and ecological ‘footprints’ can often provide us with preliminary insights on the nature and properties of the surrounding seabed without having to undertake more complex, challenging and expensive geoscientific surveys,” explained lead researcher Dr Michael Roberts.

“The wreck of LCT 326 is one of over 300 sites in Welsh waters which have been surveyed by the Prince Madog,” said Dr McCartney. “The aim of this particular piece of research is to identify as many offshore wrecks in Welsh waters as possible and shed light on their respective maritime heritage.

“This aspect of the project has resulted in many new and exciting discoveries relating to both world wars, of which LCT 326 is just one example.”