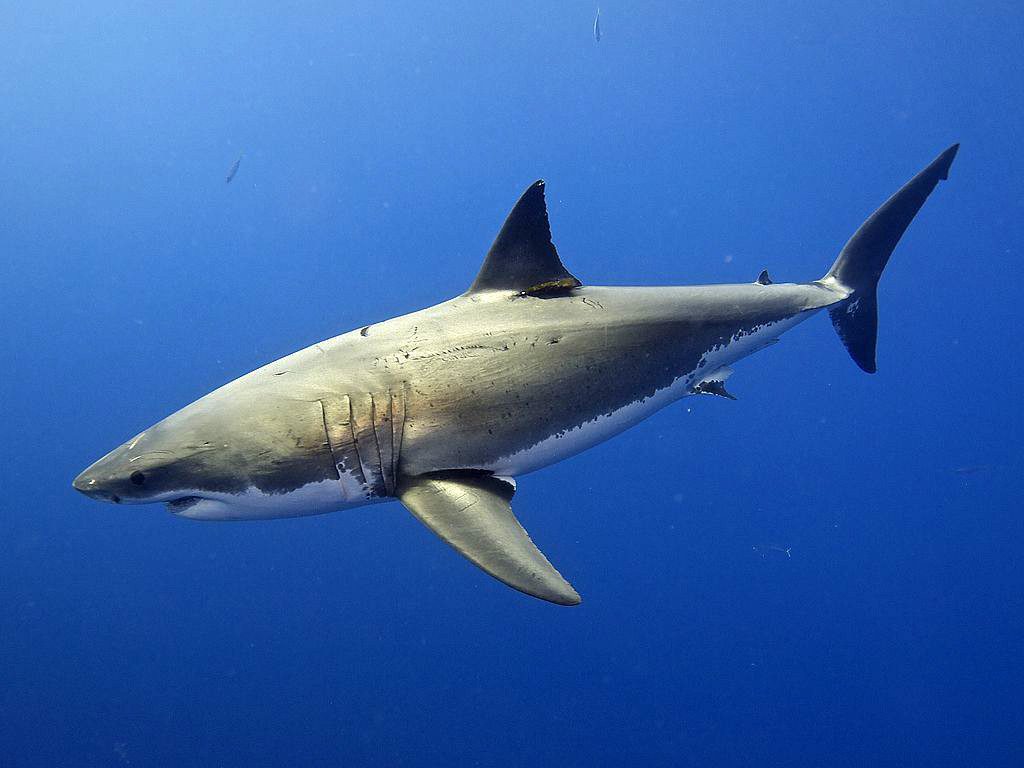 Climate change is pushing marine animals towards the poles and setting threatened species on unpredictable collision courses – a point illustrated by a new report on great white sharks produced by Monterey Bay Aquarium in the USA.

Increasing numbers of juvenile white sharks have been turning up in California’s Monterey Bay in recent years, and aquarium researchers have analysed data collected through electronic tagging over the past 20 years to determine how climate change has altered the animals’ behaviour.

Last August water temperatures in the bay reached as high as 21 degrees C, compared with an average of 13 degrees. Temperature extremes have become familiar in the area since a heatwave that lasted from 2014 to 2016.

This was accompanied by unprecedented numbers of juvenile white shark sightings, say the researchers – and a related fall in populations of shark prey such as salmon and sea otters, the latter a threatened species important to the local ecosystem. Young sharks at first eat fish and then practise their hunting skills on the otters before graduating to seals and sea-lions.

The team analysed 22 million electronic data records from 14 sharks tagged in southern California and Mexico and compared them to 38 years of ocean temperatures to chart how young great whites are being drawn to warmer waters some 370 miles north of their previous range.

Adult great whites can tolerate cold waters but this is not the case for juveniles that have yet to build their body mass.

“In the north-east Pacific, newborn and small juvenile white sharks were historically confined to southern California and Baja, a ‘Goldilocks’ zone that was neither too hot nor too cold,” said researcher Dr Salvador Jorgensen of the University of California. “Our study shows that recent ocean-warming has drastically shifted this zone north.”

From 1982 to 2013 juveniles ventured no further north than Santa Barbara (34 degrees north of the Equator), but the heatwave brought them as far north as Bodega Bay (38.5 degrees N). Monterey lies at 36 degrees N.

“The movement of these young sharks into more northern latitudes is just another example of how marine animals are being displaced by climate change,” said Dr Kisei Tanaka, lead author of the study, which is published in Scientific Reports.