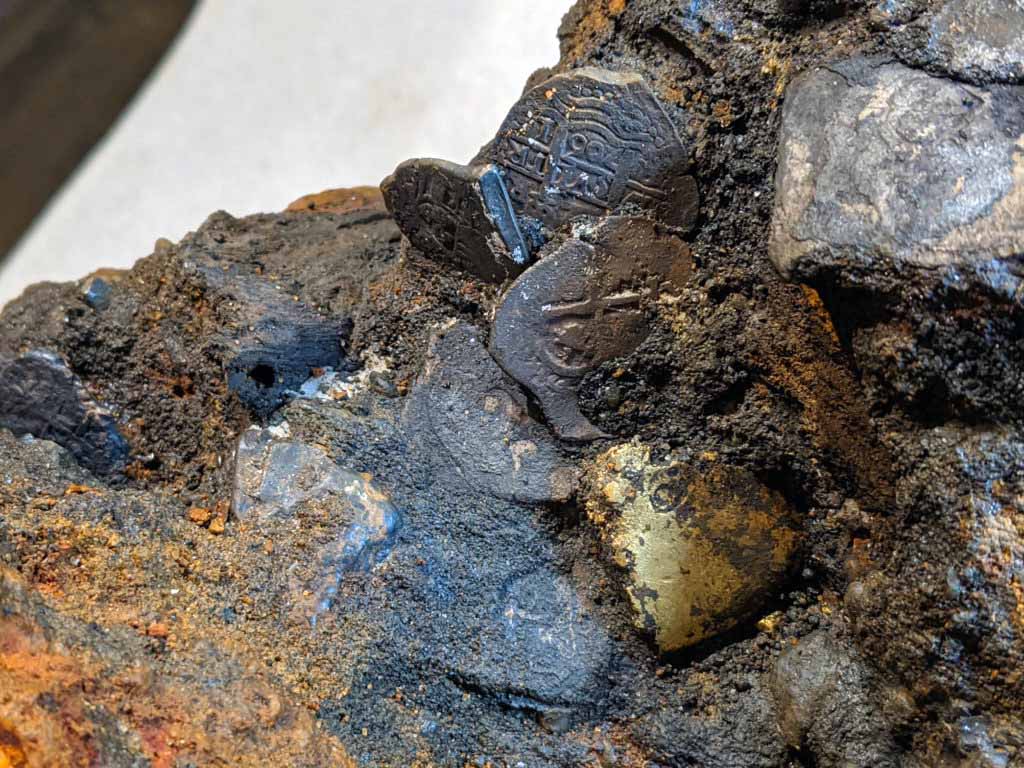 The bones of at least six pirates have been discovered at the site of the early 18th-century shipwreck Whydah Gally, off the Cape Cod peninsula on the USA’s Atlantic coast.

The vessel, commanded by English pirate Samuel “Black Sam” Bellamy, sank in 1717, and the discovery of the skeletal remains was announced by the Whydah Pirate Museum at West Yarmouth, Massachusetts yesterday (10 February).

The bones were identified by an investigative team from the museum examining several large concretions. Earlier this month conservators had reported working on a recently recovered concretion said to contain small gold bars, silver coins and a pistol, believed to be from the bag of one of the pirates aboard.

Three years ago investigators obtained DNA from a descendant of Bellamy living in Devon, so will be able to check whether any of the bones is that of the pirate captain. A previously recovered bone proved to be that of a male with links to the eastern Mediterranean.

“We hope that modern, cutting-edge technology will help us identify these pirates and reunite them with any descendants who could be out there,” said Barry Clifford, the Cape Cod diver who discovered the wreck in 1984.

“This shipwreck is very sacred ground. We know a third of the crew was of African origin and the fact they had robbed the Whydah, which was a slave ship, presents them in a whole new light,” he said. “Their benevolent captain Samuel ‘Black Sam’ Bellamy and crew were experimenting in democracy long before the so-called civilised societies had considered such a thing.”

Built in London in 1715, the Whydah Gally had been trading slaves from West Africa for precious metals in the Caribbean before it was captured by Bellamy near Cuba. He already had two vessels but armed the Whydah Gally as his new flagship, keeping some of the original crew with him.

Attacking other ships off the USA’s Atlantic coast with his fleet, Bellamy is said to have plundered the equivalent of some £88 million worth of treasure in just over a year, but the Whydah Gally survived for only two months. On 26 April, 1717, the ship capsized and sank in a storm, taking with it the 28-year-old Bellamy, “the Prince of Pirates”, alongside all but two of the crew.

Using a contemporary map, Clifford found the wreck buried in sand at depths between 5 and 9m, spread over a wide distance. His dive-team initially recovered some 200 artefacts, including the ship’s bell, inscribed “the Whydah Gally 1716”, cannon, weapons and silver and gold coins.

The museum claims its exhibits as the largest collection of pirate-related artefacts ever discovered on one shipwreck, and the only authenticated pirate treasure on display.