History made with deepest wreck dive

History made with deepest wreck dive 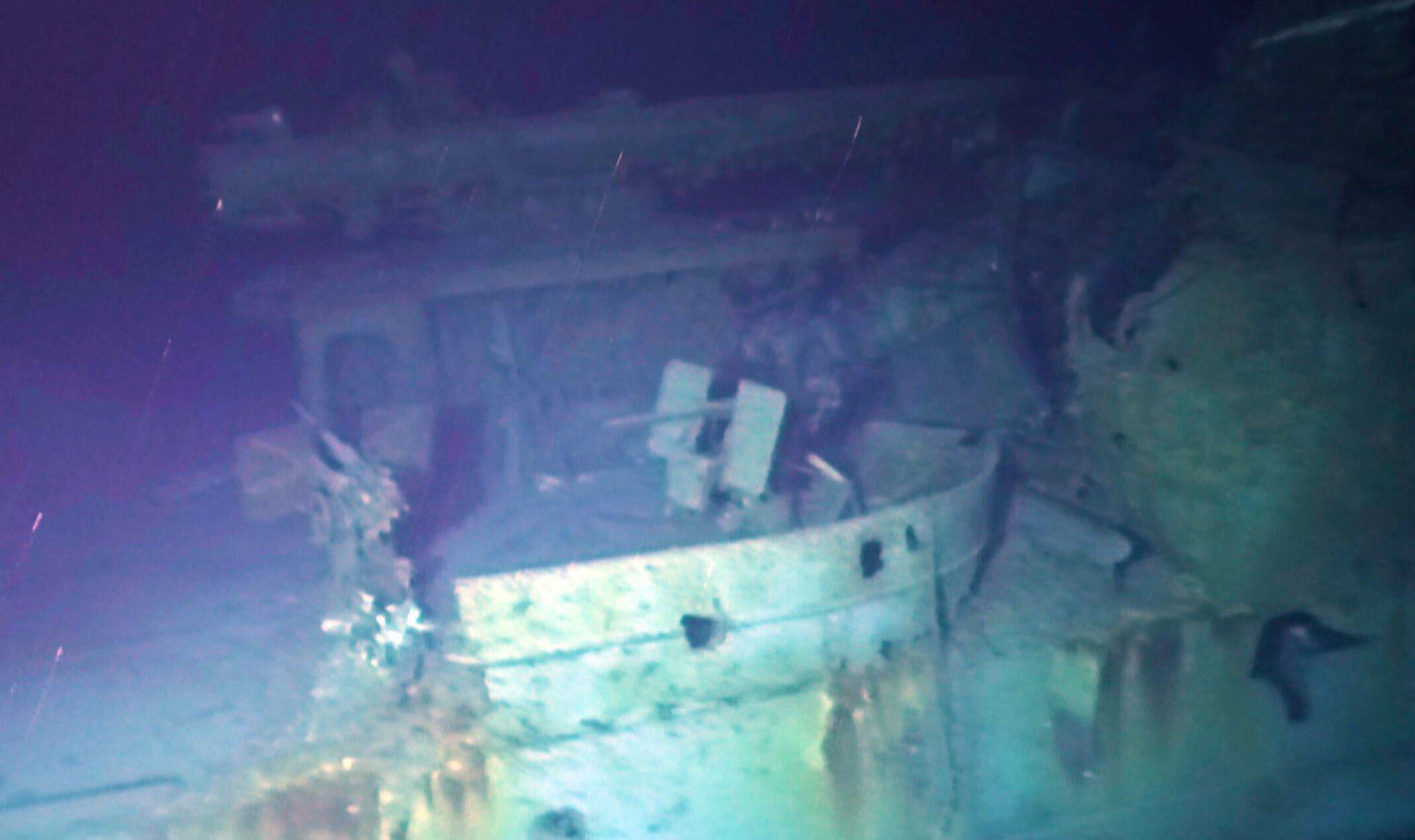 Just two days after piloting the first manned descent into the 10km-deep Emden Deep in the Philippines Sea, US ocean explorer Victor Vescovo has gone on to carry out the deepest shipwreck dive in history.

This dive was to 6.45km on the edge of Emden Deep, and was again carried out using Vescovo’s Triton submersible Limiting Factor. His target on 31 March was the wreck he has now confirmed to be the USS Johnston. The WW2 warship is located off Samar island, where it had been rediscovered by the late Paul Allen’s Vulcan deep-wreck team aboard the research vessel Petrel in 2019, as also reported on Divernet.

Vulcan’s ROV had obtained video footage of the Fletcher-class destroyer, but the vehicle had been at the full extent of its 6km depth limit and was therefore unable to investigate the deeper-lying main part of the wreck. For comparison, the Titanic lies 3.8km deep.

The new expedition was privately funded by former US Navy commander Vescovo and his company Caladan Oceanic, and organised by EYOS Expeditions. He and another ex-naval officer, historian Lt-Cdr Parks Stephenson, succeeded in re-locating, surveying, and obtaining high-definition footage of the wreck to secure its positive identification.

The 115m USS Johnston sank on 25 October, 1944, during an intense battle against vastly superior Japanese forces during the Battle of Leyte Gulf, widely cited as the largest naval engagement in history.

When the destroyer had been commissioned, Cdr Ernest Evans had famously told his crew that he would “never run from a fight,” and that “anyone who did not want to go in harm’s way had better get off now”. The Johnston was later awarded a Presidential Unit Citation, the highest award available to a ship, while Evans was the US Navy’s first Native American and only WW2 destroyer commander to be awarded a posthumous Medal of Honour.

Vescovo was able to visit all the deeper-lying upright and intact forward two-thirds of the wreck, including the bow, bridge and mid-section. The hull number 557 was clearly visible on both sides of the bow, and two full 5in gun turrets, twin torpedo-racks and multiple gun-mounts remained in place and visible on the superstructure.

Sonar data, imagery and field-notes collected by the expedition are to be handed over to the US Navy to disseminate at its discretion.

“We have a strict ‘look, don’t touch’ policy but we collect a lot of material that is very useful to historians and naval archivists,” said Vescovo. “I believe it is important work, which is why I fund it privately and we deliver the material to the Navy pro bono.”

At the end of the expedition a wreath was laid on the battlefield from Limiting Factor’s mother-ship DSSV Pressure Drop.

“In some ways we have come full circle,” said Vescovo. “The Johnston and our own ship were built in the same shipyard, and both served in the US Navy. As a US Navy officer, I’m proud to have helped bring clarity and closure to the Johnston, its crew and the families of those who fell there.”