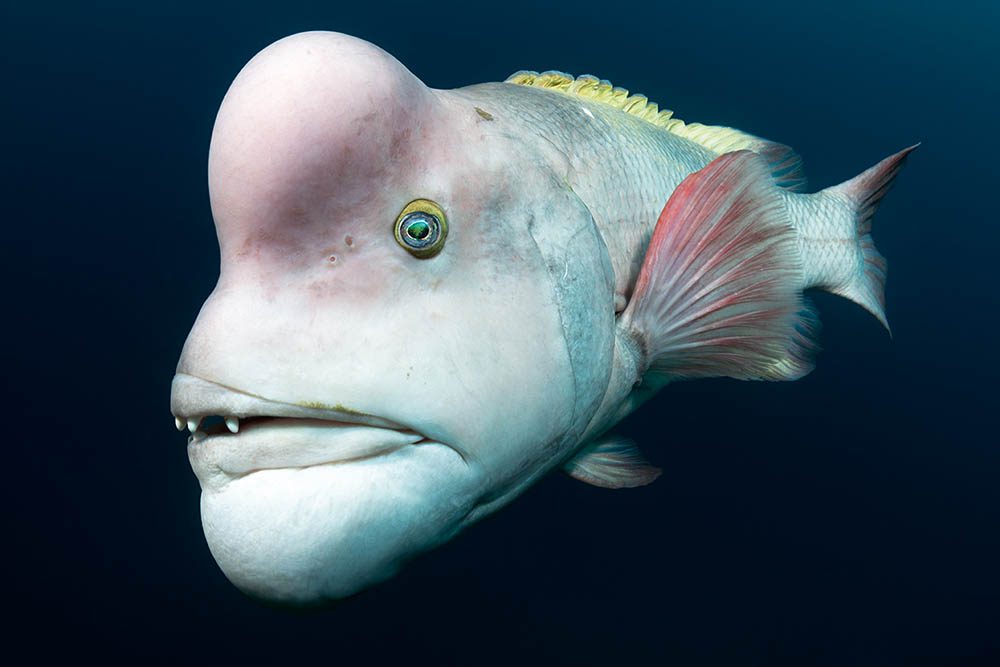 the first of the 100 shortlisted images for the Wildlife Photographer of the Year 2018 were revealed at the start of September, with three underwater shots among the 18 released, providing a taste of the quality that can be expected in this prestigious competition Wildlife Photographer of the Year, now in its 54th year, is produced by the Natural History Museum (NHM), London. It is intended as a showcase for the world’s best nature photography and photojournalism, presented as an art form, and to “challenge us to consider both our place in the natural world and our responsibility to protect it”.

The winning images are selected on the basis of creativity, originality and technical excellence, says the NHM.

The images will be displayed at the museum from 19 October, just after the overall winners are announced, and remain there until next summer. They will also embark on a UK and international tour.

This year’s competition attracted more than 45,000 entries from professionals and amateurs across 95 countries.

“We were captivated by the outstanding quality of the images entered into this year’s competition, which spoke volumes to us about the passion for nature shared by talented photographers across the world,” said Ian Owens, the NHM’s Director of Science and a member of the judging panel.

“I look forward to seeing the winning selection on beautiful lightbox displays in the exhibition. I’m sure the images will surprise and inspire our visitors, and raise awareness for threatened species and eco-systems.” Book tickets at nhm.ac.uk/wpy

The next competition is open for entries from 22 October to 13 December.

Accentuating his mature appearance with pastel colours, protruding lips and an outstanding pink forehead, this Asian sheepshead wrasse sets out to impress females and see off rivals, which he will head-butt and bite.

Wu has long been fascinated by the species’ looks and life history. Individuals start out as females, and when they reach a certain age and size – up to 1m long – can transform into males.

Long-lived and slow-growing, the species is intrinsically vulnerable to overfishing.

It favours rocky reefs in cool waters in the Western Pacific, where it feeds on shellfish and crustaceans, though little more is known about it.

In a window of calm, amid high seas, Wu reached Japan’s remote Sado Island, to reveal some of the drama of the wrasses’ lives.

Here, he conveys the suitor’s earnest intentions, written large on his face. 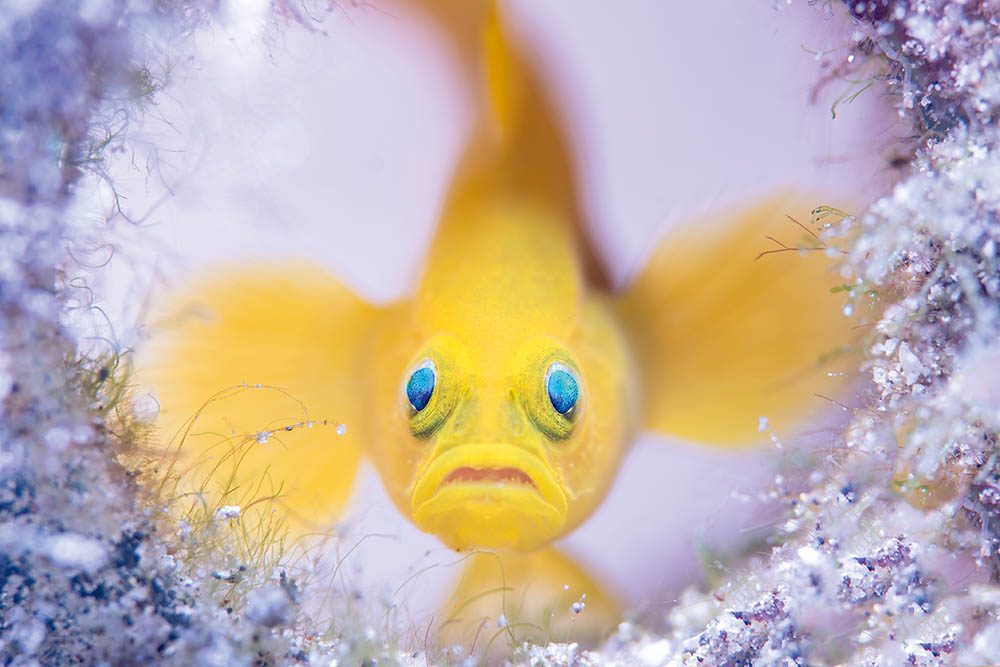 On the sandy seabed off the coast of Mabini in the Philippines, a yellow pygmy goby guards its home – a discarded glass bottle.

It is one of a pair, each no more than 4cm long, that have chosen a bottle as a perfect temporary home.

The female will lay several batches of eggs, while the male performs guard duty at the entrance. Setting up his camera a few centimetres in front of the bottle’s narrow opening, Jones positioned his two strobes – one at the base of the bottle to illuminate the interior, and the other at the front to light the goby’s characteristic surprised face.

Opting for a shallow depth of field, Jones focused on the goby’s bulging blue eyes, allowing the movement of the fish to blur the rest of its features into a haze of yellow, and framing its portrait with the circular entrance to the bottle. 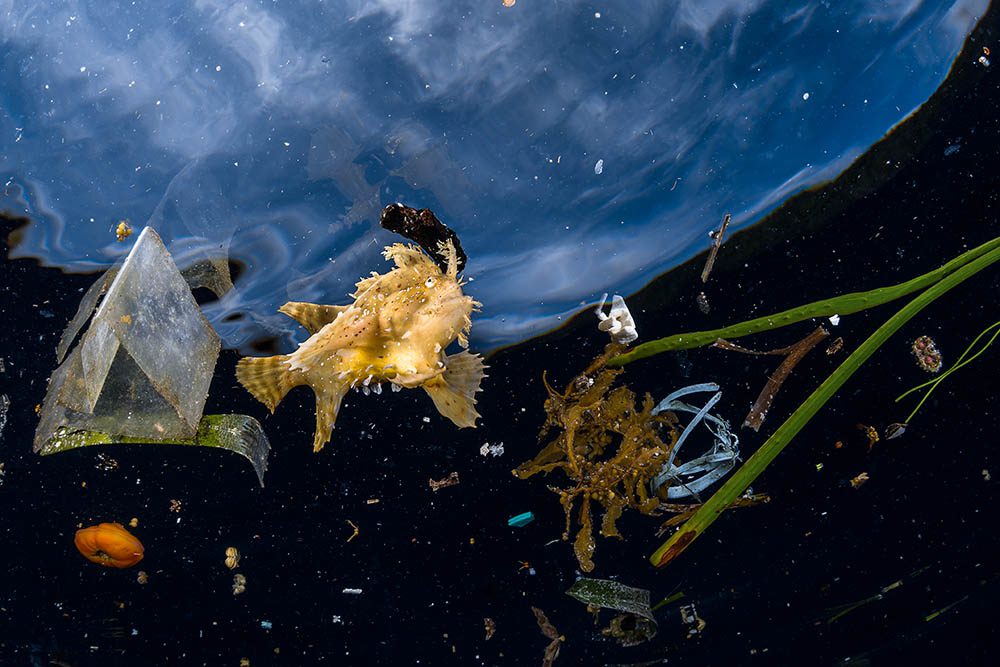 This sargassumfish couldn’t hide among the litter. The nearby frond of sargassum seaweed was a far cry from the free-floating rafts of the seaweed that more normally shelter this frogfish and many other specialised species.

A master of camouflage and an ambush predator, the sargassumfish stalks its prey on claw-like fins through the fronds of these floating islands, concealed by its tan colour and feathery outline.

Lecoeur spotted this individual when returning from a dive on the biodiverse reefs of the Indonesian archipelago of Raja Ampat.

It’s an area of the western Pacific Ocean where strong currents converge, bringing with them nutrients that sustain the rich biodiversity.

The currents also collect and concentrate anything else that floats – including some of the millions of tonnes of plastic that end up in the oceans each year.