The now-protected Channel wreck of destroyer HMS Brazen was an early WW2 casualty. STEFAN PANIS enjoys a dive, and shares the experience along with the mystery of the purser’s safe! 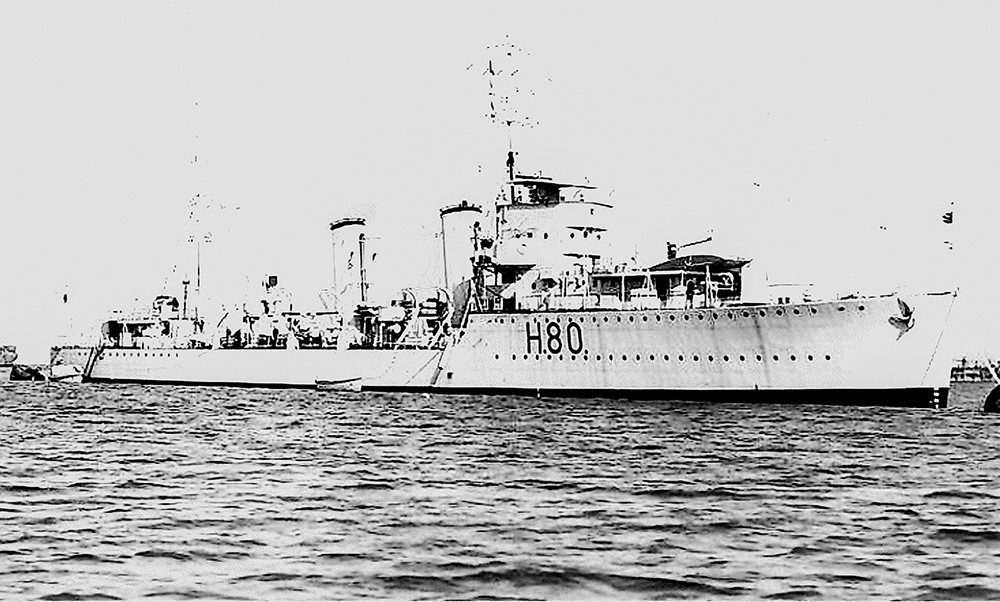 Brazen’s steam engines gave her a 35-knot top speed, and a range of nearly 5000 nautical miles. Her usual complement of 134 officers and crew increased to 142 in wartime.

I got to dive the Brazen last summer when, following a successful expedition the previous year, another week-long “Wrexpedition” was organised. This was run by an international team including world-class wreck-divers such as Richie Kohler, Edoardo Pavia and Leigh Bishop.

We chose the spacious Dover-based catamaran Neptune as our diving vessel, operated by Dave Batchelor and fitted with a lift.

We were blessed with good weather, losing out on only one of our eight scheduled diving days, and our first dive was on Brazen.

Diving officer Brian Robinson had picked the wreck out as a relatively easy opener for the team, one that would allow everyone to test their equipment ahead of more serious dives later during the week. It lies in 25-30m about eight miles out of Dover harbour.

I was happy with the choice, because I had never dived the site before and knew that the ship had an interesting history.

Brazen was the seventh Royal Navy ship to carry the name. On being commissioned she was assigned to the 4th Destroyer Flotilla with the Mediterranean Fleet until the end of 1935, and after two refits joined the home fleet the following year.

In 1939 she participated in the effort to rescue the crew of the submarine Thetis, which sank during sea trials.

Brazen was reassigned to the 19th Destroyer Flotilla just before the start of WW2, and spent the first seven months of the war escorting convoys and patrolling the English Channel and the North Sea.

On 13 October, she rescued three survivors from the German submarine U-40, which had sunk after striking a mine a few hours earlier.

Later that day she rescued survivors from the Norwegian merchant ship Sangstad, and went on to escort several more convoys to and from Norway over the following weeks.

On 20 July, during the initial phase of the Battle of Britain, the ship was attacked by German Junkers Ju-87 Stuka dive-bombers. The shock effect from several near-misses broke her keel and then she was hit in the engine-room and sank. Only one member of her crew was killed during the attack, and her gunners claimed to have shot down three Stukas.

With the shotline in, we could see that the visibility around the wreck was quite good, as is commonly the case in this area. So everyone was excited to get in, and it wasn’t long after Dave’s go signal that we started descending towards the wreck.

The first artefact was visible on arrival, because the shot had landed between the torpedo-tubes – an impressive sight.

The hatch of one of the tubes was open, which allowed me to peer inside, and I could easily make out a torpedo propeller at the rear, meaning that the tubes had been loaded ready for action at the time of the sinking.

The tubes were mounted on a mechanism that made it possible to manoeuvre them, and this had now been exposed.

We were taking our time examining the system when my buddy Eddie signalled to me. Beside the tubes in the sand he had located a torpedo, its propeller protruding from the sand. I couldn’t help thinking that we had been lucky not to put the shot onto the thing!

We continued towards the bow of the wreck, spotting one object after the other, my camera working away like crazy.

We stopped as we found a depth-charge launcher with a depth charge attached, ready to fire its 100kg or so of explosives. I had seen photographs before during my researches, but to be seeing the real thing was cool.

In some areas the wreck is covered in sand, but on its port side midships it rises about 8m from the seabed – a spectacular sight, especially with so many intact portholes, complete with glass.

As we approached the bow, I bumped into one of the 120mm cannon, which had fallen on its side. When Eddie gave scale to the barrel, it became clear how huge this gun was. I tried to get the entire weapon into frame, but this was not easy, given that we were in the Dover Straits rather than the Caribbean.

At the very tip of the bow, which has broken off to lie at a 45° angle, was a beautiful big anchor, inspiring more pictures. However, my buddy was on open-circuit, and his time had come to turn back to the shot. Around midships he signalled again – he had found the remains of one of the ship’s telegraphs.

Brazen is now a protected site, so of course we left this where it was and moved on. That’s when I saw the brass loading tubes of one of the 40mm guns.

Unfortunately the rest of the gun was hidden under the seabed, but because the sands at this location are moving all the time, who knows? It might reappear at some point.

Eddie surfaced, but because I was on my rebreather I decided to follow Richie’s reel and see where he was. He had gone into the part of the wreck you could still penetrate to explore.

After silting out, we turned back out of the wreck. The tide had turned, and the current was getting stronger, so we called it a dive. It had made a beautiful start to an adventurous week.

Dive buddy Paul Wilkin later told me a story about his first dive on HMS Brazen, nine years ago, before it became a protected site and far more intact then.

Paul entered the wreck, and found the purser’s room, complete with ceiling fan. He also found the purser’s safe, which was duly salvaged. What was strange was that inside the safe were not sailors’ valuables, but only some pennies.

Why that should be remains one of HMS Brazen’s secrets!