John Bevan has written a fair few books and monographs covering various aspects of diving history, and his latest records the WW2 exploits of Italy’s “human torpedoes”, and the Royal Navy divers whose job it was to foil their efforts to sabotage shipping in the strategic base of Gibraltar. In the process, he sets out to right a wrong. 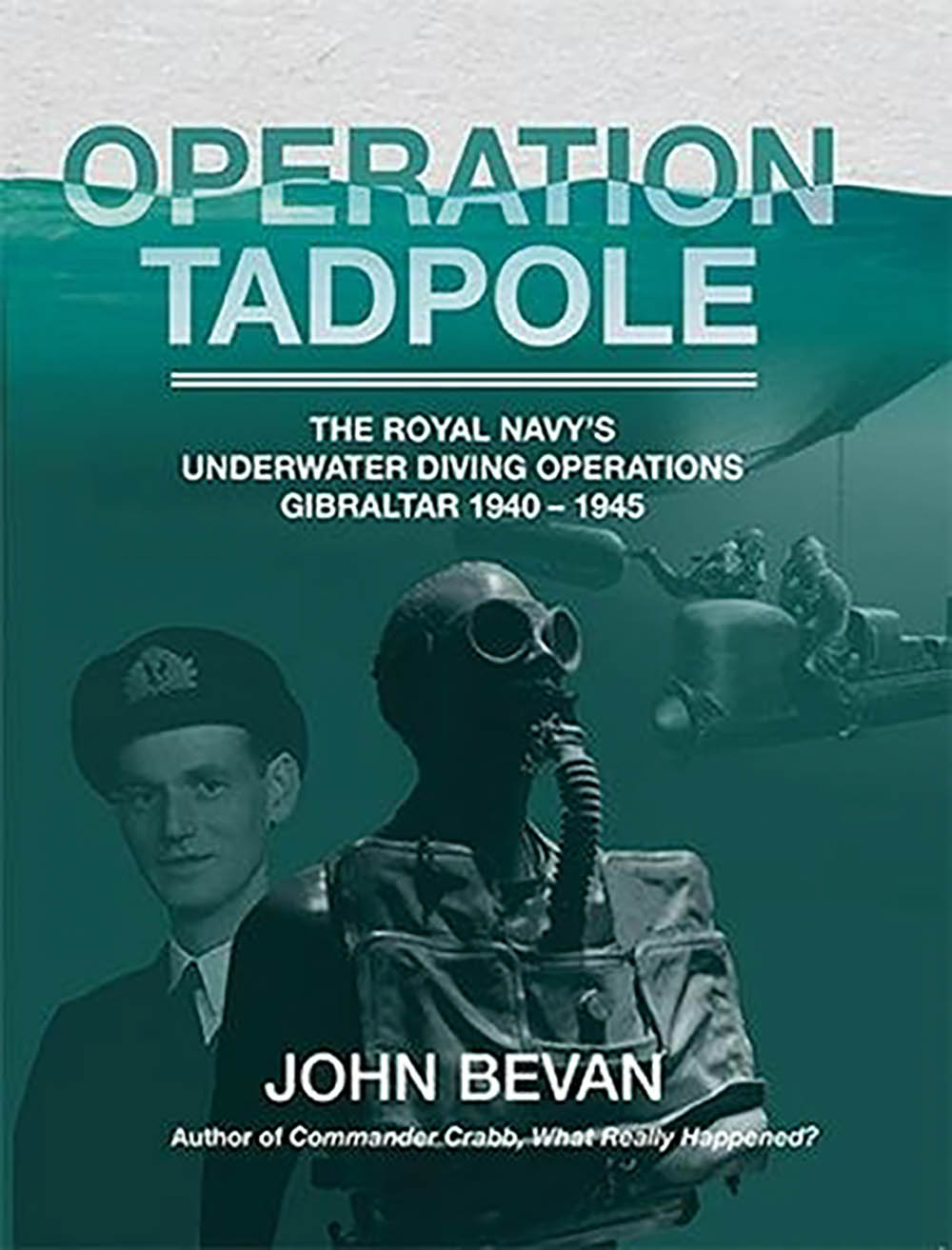 BEVAN HAS WRITTEN before about Lionel “Buster” Crabb, most famous (or infamous) of all British divers, and his book Commander Crabb – What Really Happened? went some way to debunk myths that have grown up around him at the hands of conspiracy theorists and less-grounded authors.

Here his mission is to undo the belief that Crabb was the prime mover in the Underwater Working Party (UWWP) of divers responsible for protecting Allied ships in Gibraltar.

The UWWP’s real leader was Lt Bill Bailey, but a popular 1958 film The Silent Enemy had boosted Crabb’s role and downplayed Bailey’s, a good example of fiction turned into fact. Crabb didn’t take over the unit until after the Italian surrender, as Bevan clearly takes some satisfaction in demonstrating conclusively.

In the hands of another writer the achievements of Lt Bailey and his dive-team could have been whipped into quite a gripping thriller, but that is not John Bevan’s way – he researches meticulously, digs up the original documents and photographs and presents the evidence in this slim volume sometimes in its original form.

The Italian frogmen ingeniously concealed the torpedoes they rode, and themselves, in an oil-tanker called the Olterra interned in Algeciras. For some time from there and elsewhere they were able to carry out sorties to attach explosives to their targets.

Their nine attacks are individually related, and they were clearly brave and resourceful divers – they needed to be, because if it hadn’t all been so deadly serious, the repeated misfires and setbacks they suffered would have had a tragi-comic element.

And thanks to this and to the RN divers, they never did succeed in destroying an Allied warship, initially the reason for their existence. It’s an interesting story, and a revealing read.