This BBC book has to kick off our review section this month, because while it is essentially an accompaniment to the main course – the seven-hour TV series/DVD/ download – launched in the run-up to Christmas we all know that it will be a blockbuster. 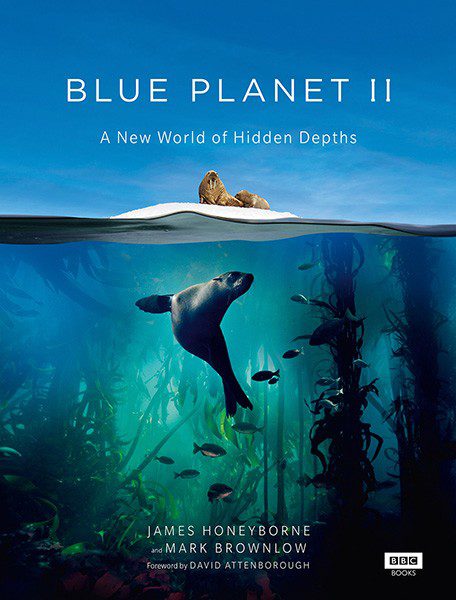 Thousands of relatives will buy it for thousands of relatives as a no-brainer gift, and some might even end up swapping copies on the day.
Even those who have watched the series are likely to give this book more than the average thumbing-through over the festive season, and it will go on to have a long shelf-life.

We discuss the series elsewhere in this issue, but let’s try to consider the book in its own right. Crucially, it contains 200 photographs, and many are spectacular.
They record often unsung and surprising animal behaviours, including the showstoppers such as the surfing dolphins, feasting orcas and grouper-octopus hunt-buddies, and that’s just in episode one.

Other images, such as the sharks ambushing camouflage grouper at Fakarava, or the huge February shark aggregation in Palm Beach, Florida, will get divers’ hearts beating faster. What makes an impact on screen can be encapsulated in a well-chosen still, and this book has a lot of those.

James Honeyborne is Executive Producer of Blue Planet II, while series producer Mark Brownlow has been making documentaries for more than 20 years. Their scripts translate to these pages in a nice, easy style that keeps the action whipping along and the surprises coming.

For anyone who thought that Blue Planet and all the wildlife series since would be a hard act to follow, seeing the contents of Blue Planet II collected in book form suggests otherwise.