These two books are both available in updated versions this summer – and they’re both crackers. Such is the classic status of the original works, and the standing of the British divers who wrote them, that we felt they deserved extra exposure. 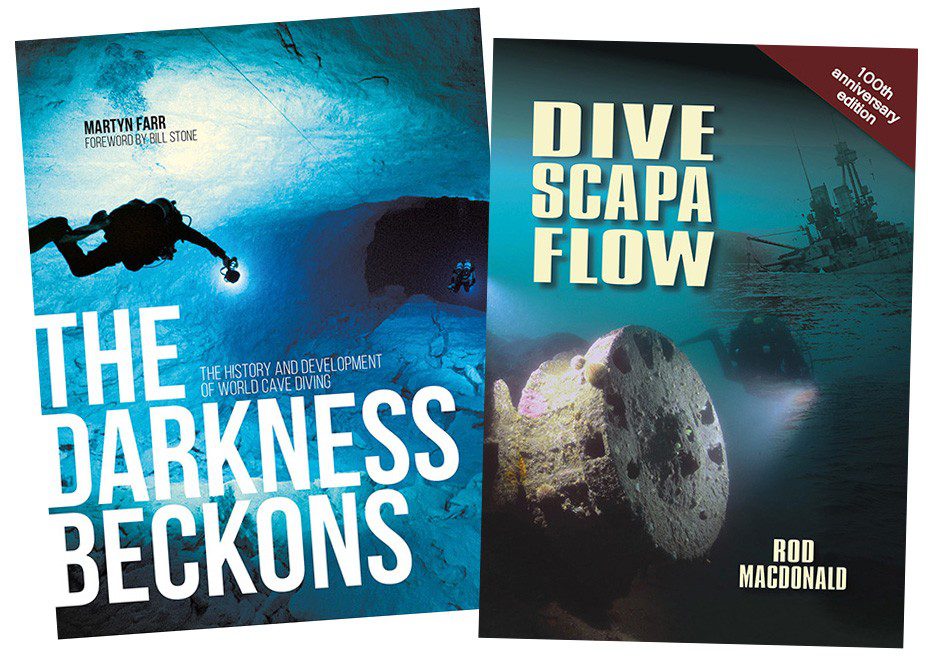 ONE WAY TO GIVE YOU AN IDEA of their content is through excerpts, so in July we published the introduction to Scottish wreck-diver Rod Macdonald’s offering, and in this month’s magazine we sample Welsh cave-diver Martyn Farr’s new offering by extracting part of the Australian section of his book.

New editions of dive-books appear all the time, but the changes are rarely as extensive as in these two.

The Darkness Beckons arrived in 1980, and for that generation of pre-technical cave-diver it was one of the first books written with them in mind.

The title makes it sounds like a philosophical tract, but in fact it was a very practical guide to the story of submerged cave-exploration through the exploits of its personalities, with descriptions of systems in which divers might try their hand at this dark art.

The new version has the same intention, but since the last edition in 1991 expeditionary cave-diving has developed as a global pastime, along with the ambition of the divers. Farr must have had his work cut out to reflect the scale of their progress.

The previous 220-page book majored on UK cave-diving, followed by European and other locations.

Now it’s far bigger in pagination and dimensions to cope with a quarter-of-a-century’s global stories, and is packed with photos, maps and diagrams. It’s as sharply written as ever, and incorporates many extended first-hand accounts by other divers.

No cave-diver should be without this book, and the same applies to wreck-divers and Dive Scapa Flow.

Many books have been written about Britain’s world-class wreck-diving attraction, based on the German High Seas fleet scuttled off Orkney in 1919, but Macdonald’s caught divers’ imagination not only for its vivid meshing of history with diving narrative, at which he is a master, but for its illustrations.

This is the sixth edition of a book first published in 1990 and most recently updated in 2011, so unlike The Darkness Beckons it has been kept reasonably well up to date factually.

However, this new version is intended as the 100th centenary edition, and benefits in particular from the latest generation of sonar scans, which reveal exactly how the wrecks appear today. It’s just a pity that the page format isn’t even bigger so that these can be seen to full effect.

The book has almost doubled in pagination since its original incarnation, but what is impressive is that much of the new edition has been rewritten rather than simply tacking new sections onto old.