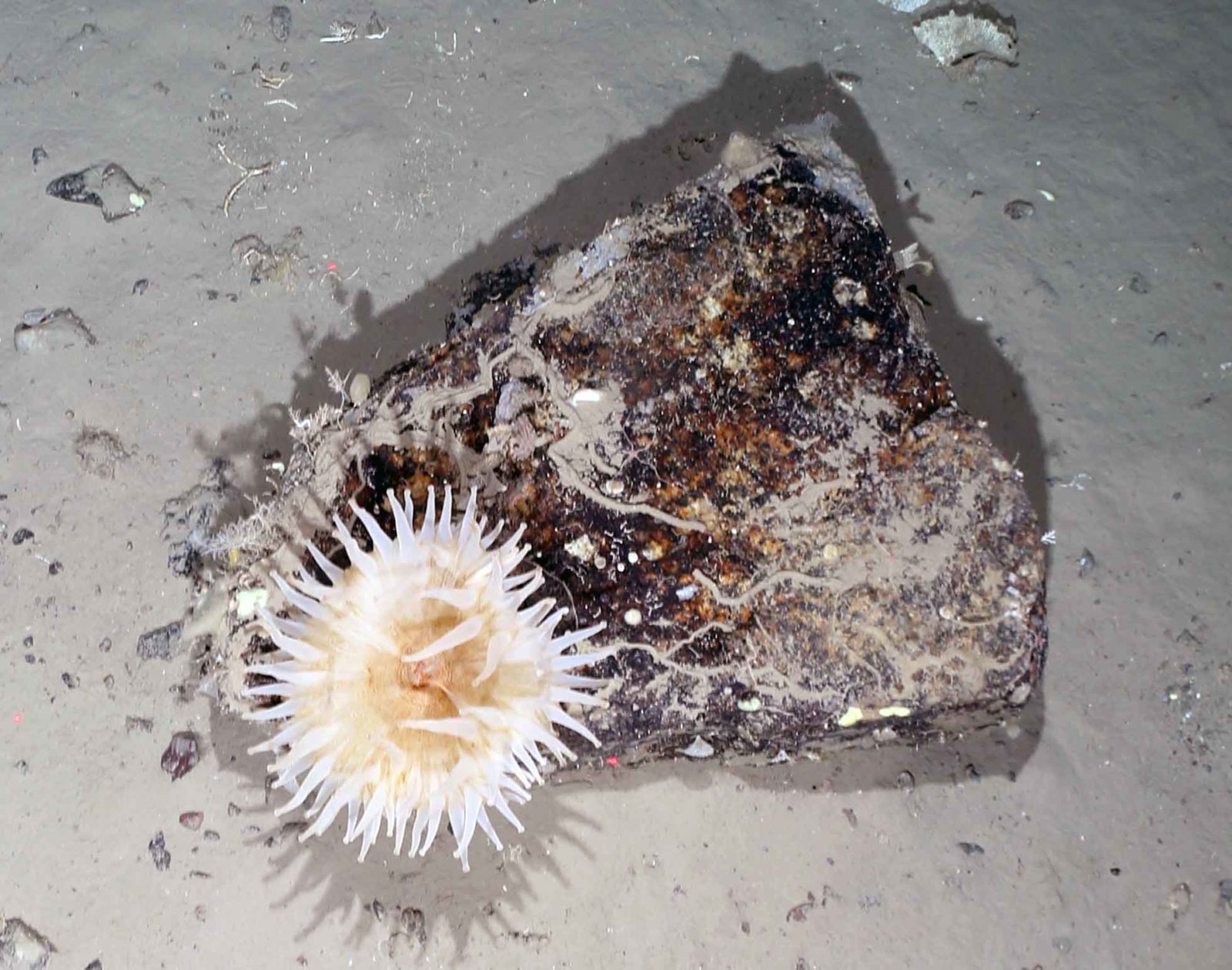 Scientists on the spot have reported “an amazing level of biodiversity” on an Antarctic seabed that was suddenly exposed to sunlight when a 500-square mile iceberg broke away from the Antarctic Ice Sheet.

The giant iceberg calved on 26 February and experts from the Alfred Wegener Institute (AWI)’s Helmholtz Centre for Polar & Marine Research and international partners aboard the German icebreaker Polarstern have now reported on their “once-in-a-lifetime” opportunity to view an underwater environment that normally exists in darkness below hundreds of metres of ice.

As gale-force wind conditions relented, the vessel was able to enter the area between the iceberg, designated A74, and the Brunt Ice Shelf.

The team had been studying the effects of climate-change in Antarctica, usually relying on drilling down through the ice sheet for sediment and water samples.

“It’s rarely possible to be nearby when a region becomes ice-free and first comes in contact with sunlight,” stated AWI. “Icebergs of this size only calve roughly once every 10 years in the Antarctic.”

Using its Ocean Floor Observation & Bathymetry System – a camera on a platform towed below the ship on an extended cable – the team were able to film the seabed down to around 800m.

They were surprised to record numerous filter-feeders such as anemones, sponges and soft corals, which had settled on variously sized rocks. The rocks would have been carried out to sea by glaciers before falling to the silty seabed.

The scientists want to find out whether the filterers feed on algal remains or on organic particles transported with the ice. Their usual diet of phytoplankton is not usually expected to be found in such dark environments.

Also recorded were at least five fish species and two squid species, along with sea cucumbers, sea-stars and a range of molluscs.