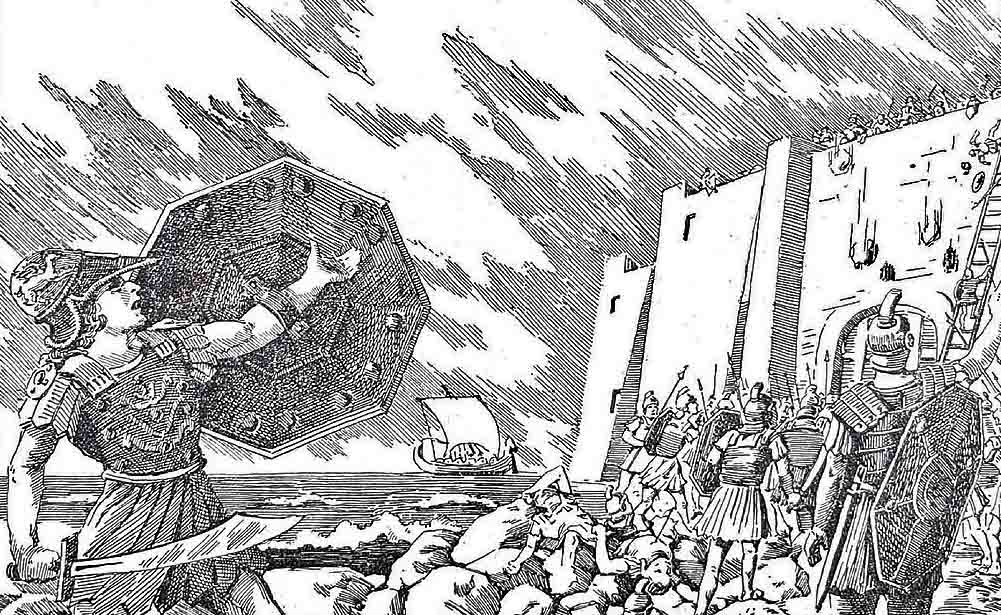 A Lebanese dive-team is reported to have discovered what appear to be 11 Greek shipwrecks, dating back more than 2300 years. They believe that the vessels were involved in the historic Siege of Tyre, the campaign of Alexander the Great to occupy the island city in 322 BC.

The Macedonian king and military commander built a causeway linking the mainland settlement of Ushu to Tyre, going on to capture the city's inhabitants before destroying it.

The wrecks were found at a depth of 35m by divers led by the head of the Lebanese Union of Professional Divers, Mohammad al-Sarji. He has stated that the ships were probably transporting stones for building the causeway, with the weight of the load leaving the vessels vulnerable when they were caught in a storm.

Lebanese University archaeologist Prof Jaafar Fadlallah told the Daily Star Lebanon that archaeological surveys had been under way at the site for three months and that excavation would be a long-term project. He noted that the large quantity of scattered broken pottery on the seabed suggested that the ships had been carrying not only stones but supplies.

Further west in the Mediterranean, a 2000-year-old shipwreck laden with roof-tiles has been discovered at a depth of 20m close to the Croatian island of Molat in the Adriatic Sea.

The wreck is well preserved, the head of the Zadar Museum of Archaeology’s Department for Marine Archaeology Dino Taras told Croatia Week. The site covers an area of 75sq m and features neat stacks of the two complementary types of overlapping waterproof tiles used in Greek and Roman architecture, tegula and imbrex.

The wreck has been dated to the 1st century AD, although the archaeologists who have been investigating it hope to date it more precisely after desalinating recovered items.

They have previously discovered ancient shipwrecks in the nearby Silba and Premuda islands.