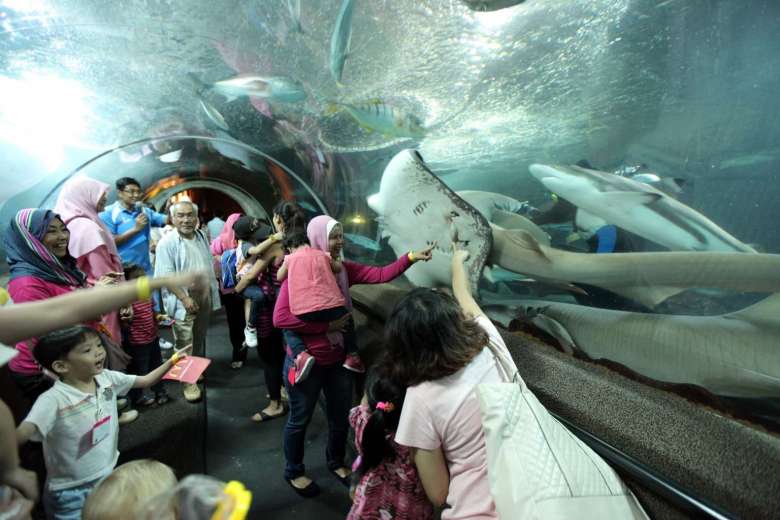 The Singapore oceanarium in which its senior diving supervisor was killed by a sting ray four and a half years ago has been fined $105,000 (around £57,000) for safety lapses in which he had been complicit.

Divernet reported on the scuba diver’s death in October 2016, and in January this year reported that his employer Underwater World Singapore (UWS) had been found guilty of the charges.

UWS had closed its Sentosa facility permanently to the public and was transferring its marine animals to other locations. One of four leopard whiptail rays had pierced 62-year-old Philip Chan’s chest with a 22cm barb during the operation, puncturing his heart and aorta, and he had died of his injuries.

Passing sentence on 23 March, district judge Adam Nakhoda referred to a string of safety breaches identified by Singapore’s Safety & Health Inspectorate, and said that Chan’s 25 years of experience had been no substitute for provision and implementation of formal safety procedures.

In January a UWS representative had admitted to the four general health & safety failings: to provide adequate risk assessment and safe work procedures, supervision and look-out for divers, adequate diving-emergency recovery procedures, or a system to check equipment before diving.

The prosecution had argued for a $150,000 fine, while the defence, claiming that Chan’s death was a “freak accident”, argued for $40,000. In setting the penalty the judge took into account that the company had implemented some safety measures.

The maximum penalty would have been $500,000. UWS is part of the Haw Par Corporation.