Coral ‘signs of hope’ in the Maldives

Coral ‘signs of hope' in the Maldives 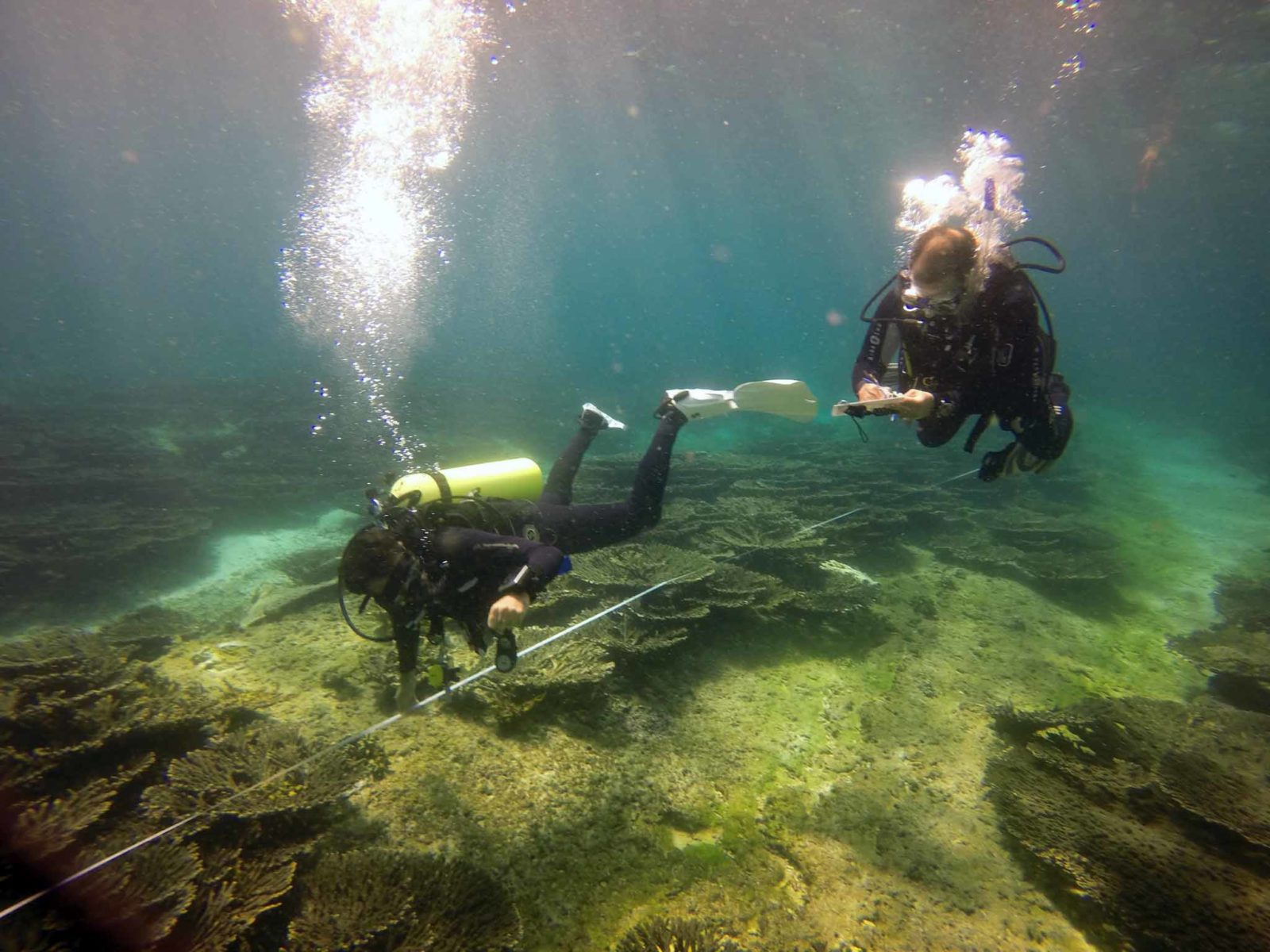 Corals in the Maldives are showing some resilience, adaptability and even recovery from climate-change effects, according to marine biologist Dr Jean-Luc Solandt, following a reef-monitoring diving expedition, the latest in a series undertaken over each of the past nine years.

Biosphere Expeditions sets up the “citizen-science” dive trips to survey reefs in the central Maldives in association with local environmental groups Reef Check Maldives and Save the Beach Maldives.

Expedition scientist Dr Solandt of the Marine Conservation Society, who set up Reef Check Maldives, said he had been surprised to find “signs of hope and recovery” on the latest trip.

Instead, he reported seeing many baby and young (one- to three-year-old) corals, as well as different species growing vigorously at sites expected to be dead or dying.

“It was surprising and encouraging to see a greater diversity of corals ‘pushing through’ from the dead layer below,” said Dr Solandt. “It seems Nature is fighting back with a coral-diversity explosion.”

He said that the divers had witnessed the resilience of corals resistant to bleaching, the adaptability of reefs where other species were coming through, and recovery in terms of baby corals “almost everywhere”.

However, many reefs were still very badly affected, with some dying altogether, said Dr Solandt, warning that another temperature spike could kill many of the new corals.

“Also, some small corals that had settled on the reef in the last year, which we thought were resistant to bleaching, were now bleached, but the larger ones seem OK.” He added that the background temperature remained “hot”, at the bleaching threshold of 30 degrees C in very shallow water.

Other sources of encouragement included the new Maldivian government’s indication that it understood “the close link between oceans, climate change and the wellbeing of communities”, the establishment of a National Research Institute and news that income from a Green Tax on tourism would be spent exclusively on the environment.

Rasdhoo Madivaru, a site regularly visited and highlighted on earlier expeditions, had also recently been designated a Marine Protected Area.

Further surveys are being carried out locally by Save the Beach Maldives and Reef Check Maldives, which are training more divers from local communities to participate.

The next seven-day Biosphere Expeditions liveaboard expedition begins on 22 August, 2020, and is open to qualified divers who are invited to train as “Reef Check EcoDivers”.

There is space for 15 divers to join the expedition-leader and a local scientist at a cost of 2480 euros, excluding flights.