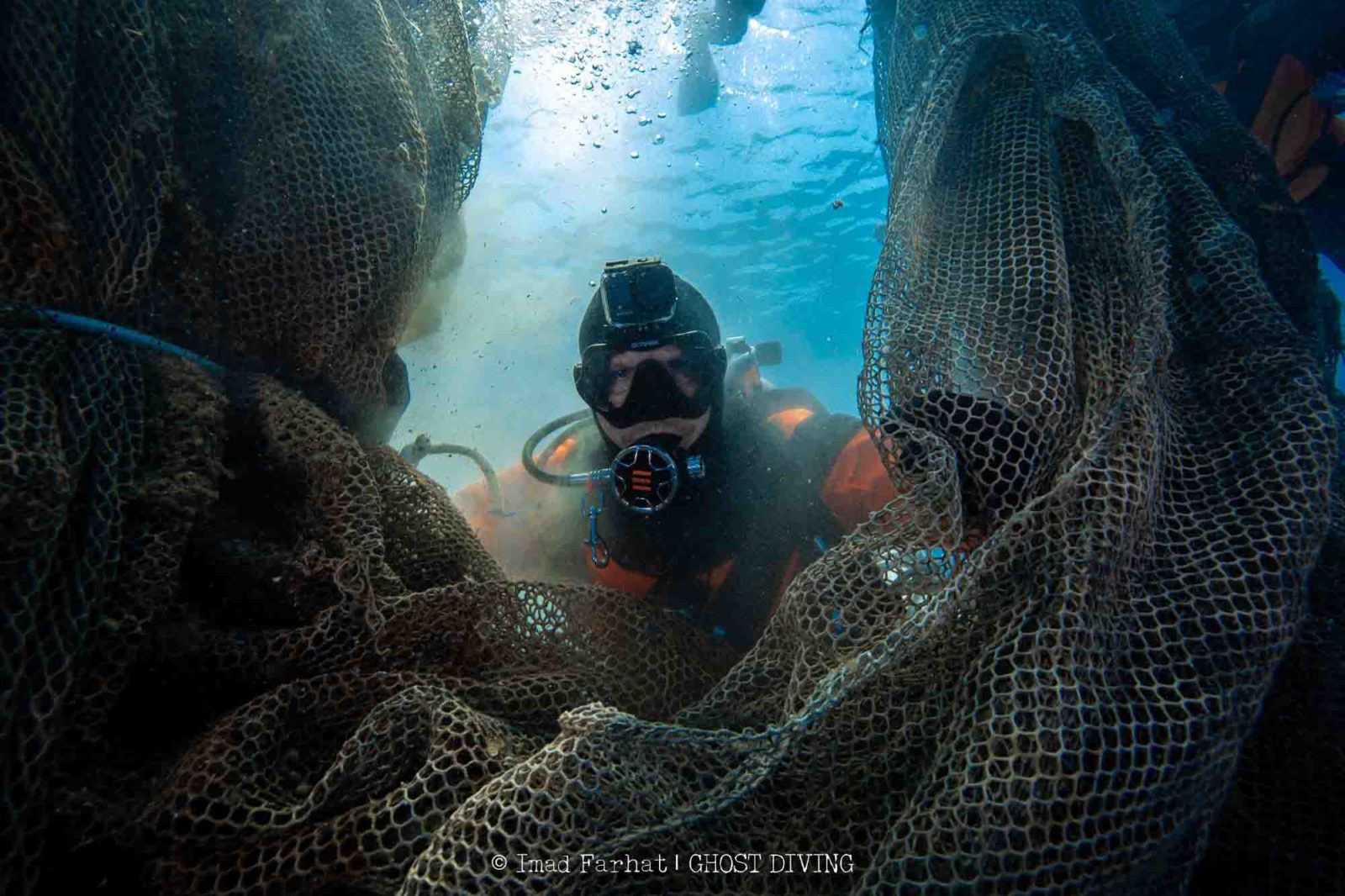 An eight-day volunteer clean-up operation on the Greek island of Ithaca is claimed to have been not only the biggest in the history of marine conservation organisations Healthy Seas and Ghost Diving, but one of the most ambitious anywhere in the world.

The project involved removal of 76 tonnes of debris by a team of 45, mostly volunteers – including 20 scuba divers.

Ithaca is known as the home of Odysseus in Greek mythology but in modern times has been affected by pollution from a fish-farm abandoned nine years ago. Local diver and environmentalist George Lilas ignited the project after sharing photos of the site “wreaking environmental havoc”, according to Healthy Seas.

The fish-farm operator had gone bankrupt in 2012 and left behind the cages and other equipment. A storm last September dispersed tonnes of plastic piping, fishing-nets, nylon ropes, concrete blocks, plastic buoys and rusty metal fragments, leaving it either drifting or lying on the seabed and beaches.

The clean-up, which took six months to plan, was co-ordinated by Healthy Seas with ghostnet-removers Ghost Diving and sustainable-fishing start-up Enaleia. It began on World Oceans Day and ran through to 16 June.

The divers and the beach-cleaners, who at times found themselves knee-deep in polystyrene foam beads from the farm’s floats, together recovered nearly 5 tonnes of nets, 32 tonnes of metal and 39 tonnes of plastics, including 150 bags of the plastics pellets.

“After shovelling the polystyrene foam beads into plastic bags for five days we realised that we needed another solution to leave the beach as clean as possible,” said Healthy Seas director Veronika Mikos. “Thankfully we found an industrial vacuum-cleaner, which we refitted using a volunteer’s mesh bag as a filter.

“Locals were waiting for many years for someone to do something about this environmental catastrophe,” she said. “There is now a shocking difference when you look at the bay and you can’t help but be emotionally affected by it. This, together with the warm greetings we received from the locals, is our great reward.”

Healthy Seas hosted a public event to keep local people informed about the project, with 75 children taking part in educational activities to raise awareness of ghost-fishing. Seabed surveys were carried out to record and assess the interaction of the debris with the marine environment.

The materials recovered from the sea, coastline and four beaches on the south-west coast are set to be recycled into new products. Nets will be regenerated into Econyl yarn used to make clothing and carpets or upcycled into hand-made products.