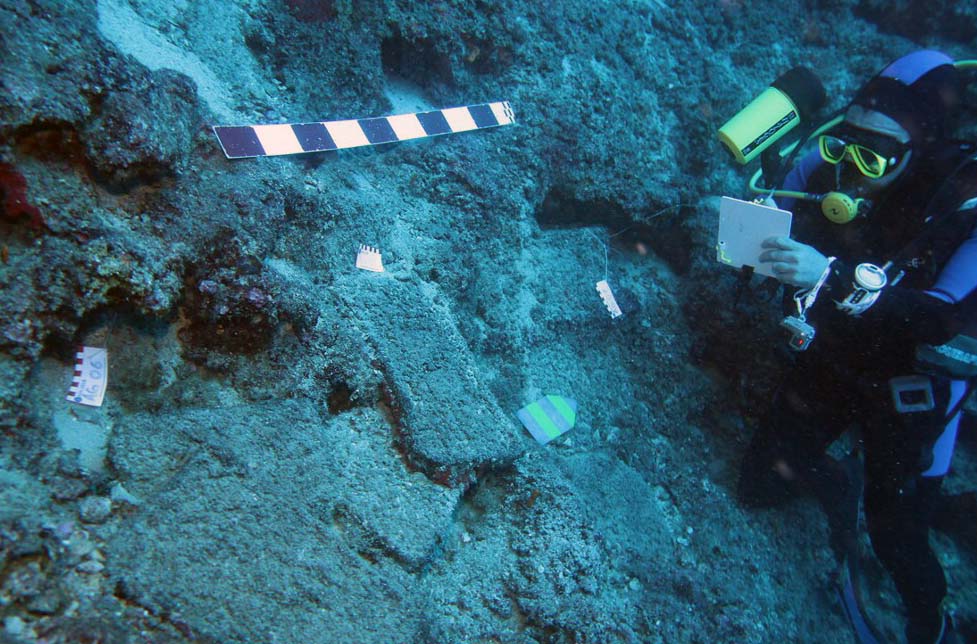 Turkish maritime archaeologists have found what they believe is likely to prove to be the world’s oldest shipwreck, lying 50m off the Mediterranean coast west of the city of Antalya.

The remains of the ancient merchant ship have been dated to 1600 BC, during the Bronze Age. The vessel was found lying in sand at a 45-degree angle at depths down to 48m, covering an area 14m long by 5m wide.

The ship was carrying an estimated 1.4 tonnes of copper or tin ingots that had been mined and moulded in Cyprus.

It was thought to have been transporting them west to Crete or elsewhere in the Aegean Sea when it was most likely caught in a storm and struck rocks as it sought shelter.

It was the cargo that enabled the team from the Underwater Research Centre of Akdeniz University, led by Hakan Öniz, to date the vessel. They counted at least 77 distinctive ingots, mostly of a “pillow-type” usually dated to the 16th-15th centuries BC.

Much of the cargo remains buried in sand, probably with the ship’s anchor, and has not yet been disturbed. The researchers plan to assemble an international archaeological team to investigate the shipwreck further over the next five years.

Scuba divers first examined the wreck last October, carrying out 10 dives to a maximum of 55m. The cargo was then recorded and measured using photo-mosaic techniques, and this was followed by extensive sonar scanning of the area. Now preliminary results of the archaeologists’ finds have been published.

He described the discovery of what has been designated the Western Antalya Shipwreck as an “archaeological breakthrough”, not only because of the age of the ship but because it could also be the earliest vessel known to have been carrying an industrial cargo.

Karaloğlu said that artefacts from the wreck would be displayed at a museum in Kemer, where the Underwater Research Centre is based, and said that the region would become “the epicentre of underwater archaeology”.

Previously considered the oldest vessel of its kind, the Uluburun Shipwreck, found off Anatalya in 1982, dated back 3400 years and also contained copper ingots. Meanwhile a 2400-year-old Greek merchant ship discovered in the Black Sea off Bulgaria last year has staked a claim as the world’s oldest-known intact shipwreck.