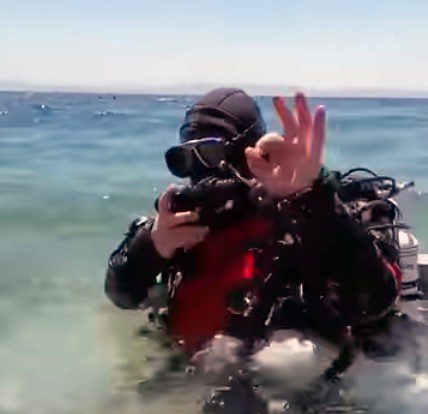 A former head of Ukraine’s foreign intelligence service has died in a scuba-diving incident in Dahab in Egypt.

Viktor Hvozd, 62, is reported to have been a keen diver who travelled widely to enjoy the sport. He was on holiday at the northern Red Sea resort, according to Ukraine’s Ministry of Foreign Affairs, staying with his wife at what is believed to have been the Jaz Dahabeya hotel.

The fatal incident occurred yesterday (28 May) though the circumstances remain unclear. Hvozd was found unresponsive after having made what unconfirmed reports described as a fast ascent following a 40m dive.

He was brought ashore, where CPR was administered, but he could not be resuscitated and was declared dead after being taken to hospital. A post mortem was being carried out.

Lt General Hvozd was a military intelligence officer from 1981. From 1995 he worked for Ukraine’s Ministry of Defence, heading its main intelligence directorate from 2008 to 2010.

He served in the SBU security service, which spawned the SZR, the foreign intelligence service that he headed from 2014 to 2016. He also started and later became president of geopolitical studies centre Borysfen Intel, and achieved a PhD in military sciences in 2019.

The picture is from video of a shore-dive Hvozd had shared with his friend Victor Chumak days before his death.