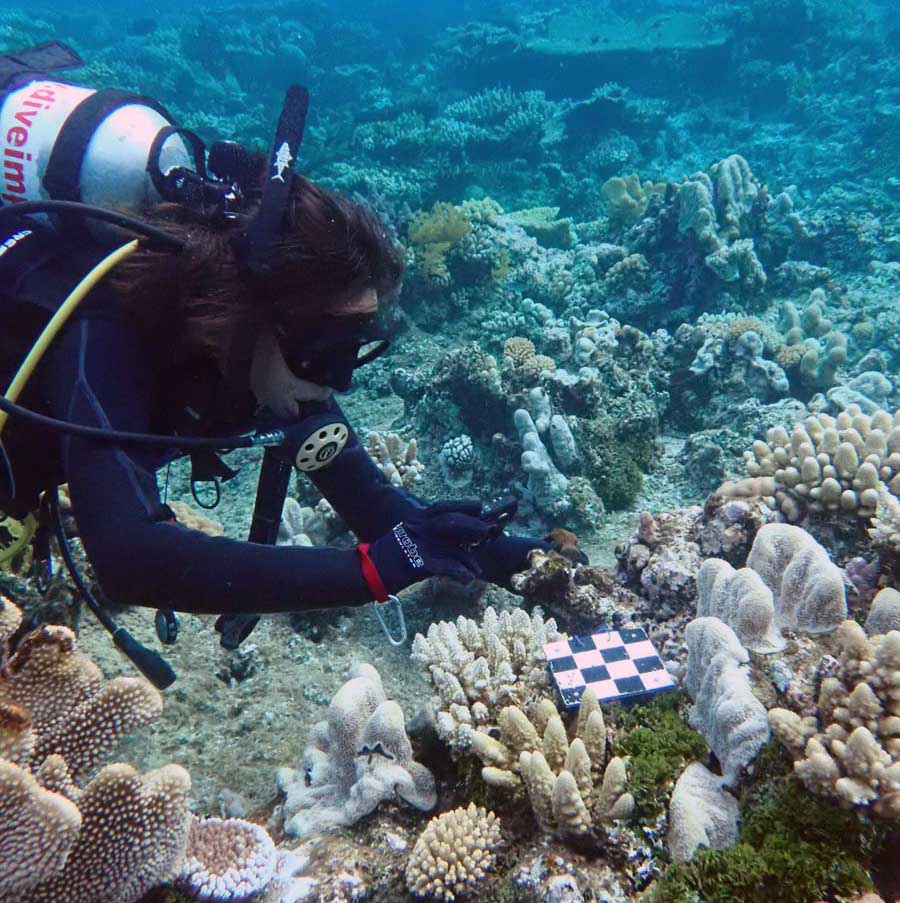 Dozens of previously unknown coral species have been discovered during a three-week scuba diving expedition covering the length of Australia’s Great Barrier Reef.

A team of marine biologists completed the trip from Capricorn Bunkers off Gladstone to Thursday Island in the Torres Strait late last year – and have now reported on their findings.

“On almost every dive we were finding species that aren’t in the books,” said Professor Andrew Baird from the ARC Centre of Excellence for Coral Reef Studies at James Cook University.

“The new species we found means that the biodiversity of some groups is up to three times higher than we had thought,” said Dr Francesca Benzoni, from KAUST.

Recent molecular advances have also revealed that much of the existing classification of corals is deeply flawed, said Prof Baird, and this, combined with closer examination of the shapes of the corals, confirmed what had been overlooked in the past.

“One hard-coral species, Acropora hyacinthus, was previously thought to be found on almost every reef crest along the length of the reef,” Prof Baird said. “What we once thought was a single species is potentially five different species – some with a very limited geographical range.

“The volume of new material is overwhelming,” said Prof Baird. He said that more trained taxonomists, biologists who can group organisms into categories, were needed along with more funding to reassess common groups found on the reef, including hard, soft and deeper-lying black corals.

“Understanding the diversity of species on the reef underpins virtually every area of research and conservation,” he said. “It is vital to ensure that we have a robust understanding of species diversity and their distributions, but taxonomy isn’t currently a research priority.

“This has to change. You can’t manage the Great Barrier Reef if you don’t know how many species you have, how common they are, or where they are found.”