How a melonhead became a bottlenose

How a melonhead became a bottlenose 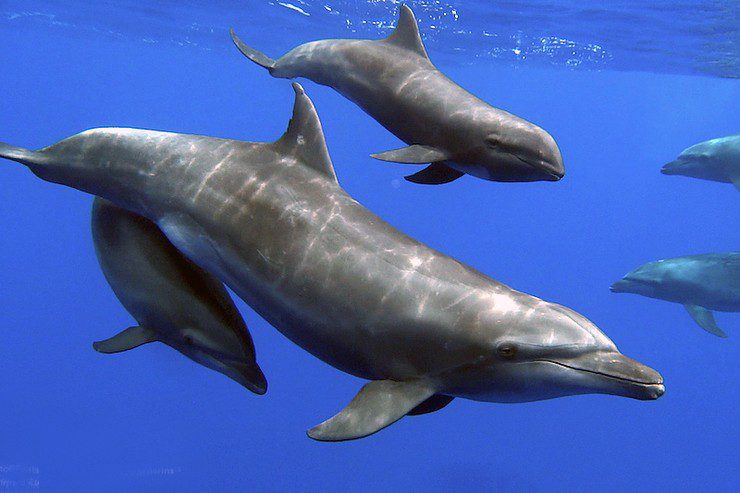 In a unique case of inter-genus adoption among marine mammals, a bottlenose dolphin has been observed caring for a baby melon-headed whale over a three-year period in French Polynesia.

“Kidnappings” by dolphins of calves of other species are regularly noted, believed to occur when females unable to raise calves of their own are driven by their maternal needs, but such “adoptions” tend to be short-lived.

What makes the case study so unusual is that the dolphin already had her own biological baby, and dolphins normally give birth to and care for only one calf at a time.

The rare relationship took place at renowned scuba-diving location Tiputa in Rangiroa Atoll. It was monitored throughout by a team of marine biologists and divers led by Pamela Carzon of the Groupe d’Etude des Mammiferes Marins (GEMM) de Polynesie, which has now published its report in Ethology.

The dolphin (Tursiops truncatus) adopted the male whale (Peponocephala electra) when he was around a month old, and went on caring for him for three years. The whale and the dolphin’s slightly older baby daughter would compete for the mother’s attention, but while the daughter was soon socialising regularly with her peers, the whale tended to stay close to his foster mother.

The daughter disappeared after around 18 months for unknown reasons, while the whale went on to adopt typical bottlenose behaviour patterns such as surfing, jumping, socialising with young dolphins and learning to communicate with other members of the community.

It was not known how the baby whale came to be separated from his biological mother in the first place. Carzon said it seemed unlikely that it was a case of kidnapping, because the mother already had her own calf, but that he might have been initially kidnapped as a newborn by another female.

“Whereas the melon-headed whale was certainly the main initiator of this adoption, the mother’s remarkably permissive personality could have played a crucial role in the process,” said Carzon. “To my knowledge, the phenomenon is the first of its kind observed in wild mammals that have only one calf at a time.”