‘I scream for cleaner seas’

‘I scream for cleaner seas’ 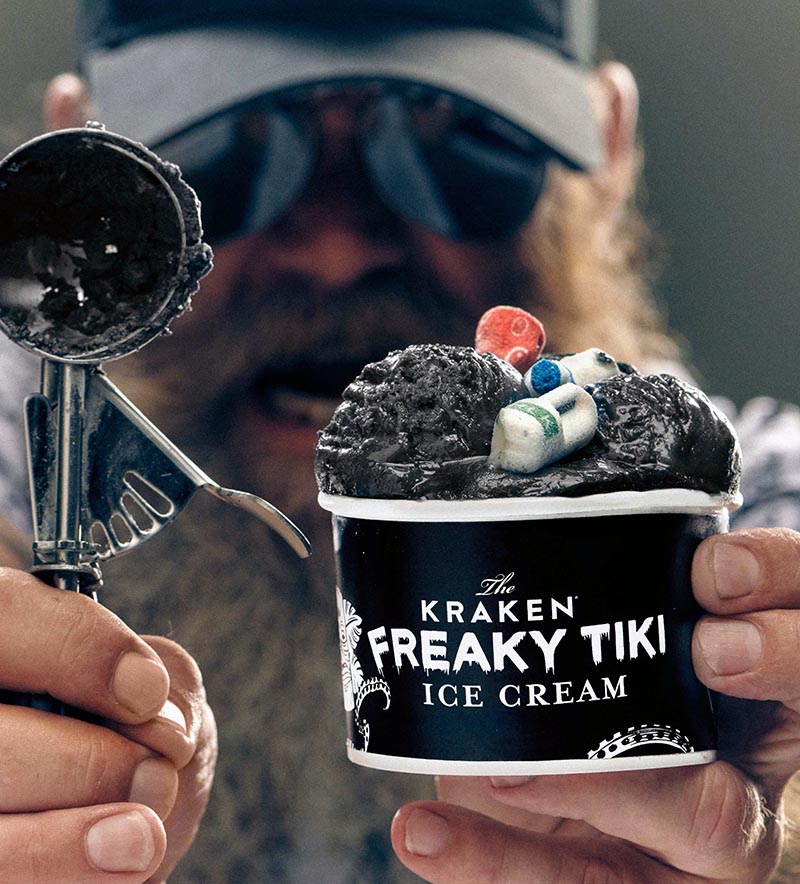 “I scream for cleaner seas” is the slogan of a summer campaign dreamt up by black spiced rum brand The Kraken and PADI Aware Foundation. It’s based on the marine-conservation charity’s estimate that it would take 16.7 million years for its divers around the world to remove every plastic item from the world’s oceans – the equivalent, it says, of more than six Ice Ages.

Together the organisations are running an “Ice Clean” campaign to remind staycationing Brits of the impact of litter on UK beaches and seas.

Their one-off rum ice-cream has been “polluted” – that is, topped with lime & ginger-flavoured, 3D-printed edible toppings designed to look as if the tub has been dipped into a contaminated sea.

The Kraken is touring the UK serving the ices from branded tricycles. It has already visited Manchester and Leeds, hits Glasgow tomorrow (21 August), appears at the All Points East music festival in London over the August Bank Holiday weekend and finishes by the sea in Brighton on Monday, 30 August.

The ice-creams cost £1 a scoop and, with The Kraken promising to match each donation pound for pound, all proceeds go towards the PADI AWARE Foundation’s mission to reduce ocean debris by half within the next decade.

According to PADI, more than 70,000 of its “Torchbearer” divers have helped to remove more than 2 million pieces of debris from the ocean, assisted more than 10,000 entangled marine animals and contributed to what it describes as the biggest underwater citizen-science database.

“While the last 18 months has been a challenge for us all, the plight of our oceans has continued unabated with many ocean clean-up programmes placed on hold throughout the pandemic,” said PADI Aware Foundation operations co-ordinator Ian Amos.

“Every pound you spend on this delicious Kraken rum ice-cream pays the way for clean-ups, so the choice is yours: if you like The Kraken rum, ice-cream and all ocean-dwelling creatures great and small, then join the protest today!”