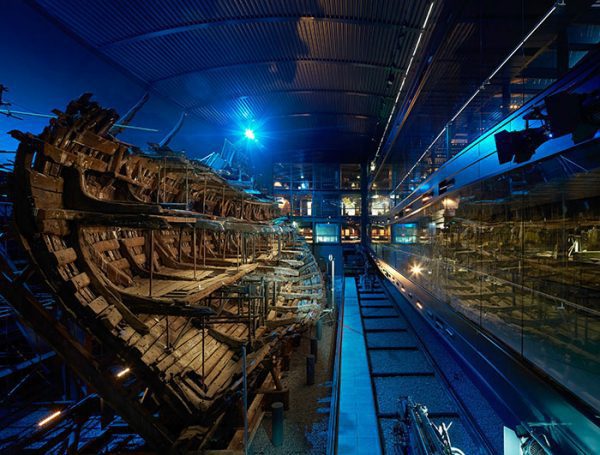 Portsmouth’s Mary Rose Museum, under threat from the shortfall in income caused by the coronavirus pandemic, has been handed a lifeline in the form of £250,000 from the National Lottery Heritage Emergency Fund.

The museum was forced to close to the public in March as lockdown began, causing the loss of 84% of the income generated each year by visitors, mainly during summer.

More than 80% of the staff were furloughed, but cutting back on the high costs of conserving the 500-year-old shipwreck and artefacts in the required environmental conditions had proved challenging, says the museum.

The Mary Rose, King Henry VIII’s favourite ship, sank in battle in 1545. Following a major diver-led operation, the wreck was raised from the Solent in 1982 along with 19,000 Tudor artefacts. The Mary Rose Trust is an independent charity and receives no government or public funding.

“National Lottery players were instrumental in funding the creation of the Mary Rose Museum, so we are exceptionally grateful to receive this renewed support to help cover the costs of caring for Mary Rose during this crisis period,” said Helen Bonser-Wilton, Chief Executive of the Mary Rose Trust. “Securing more support over the coming months is going to be crucial to ensure that the Mary Rose can be enjoyed by future generations.”

The Mary Rose Museum reopened in August, offering joint tickets to Portsmouth Historic Dockyard with the National Museum of the Royal Navy (NMRN), as reported on Divernet.

The dockyard usually attracts 850,000 visitors a year, and the two organisations came up with a new “Ultimate Explorer” annual season ticket enabling them to explore all 11 attractions as often as they like.