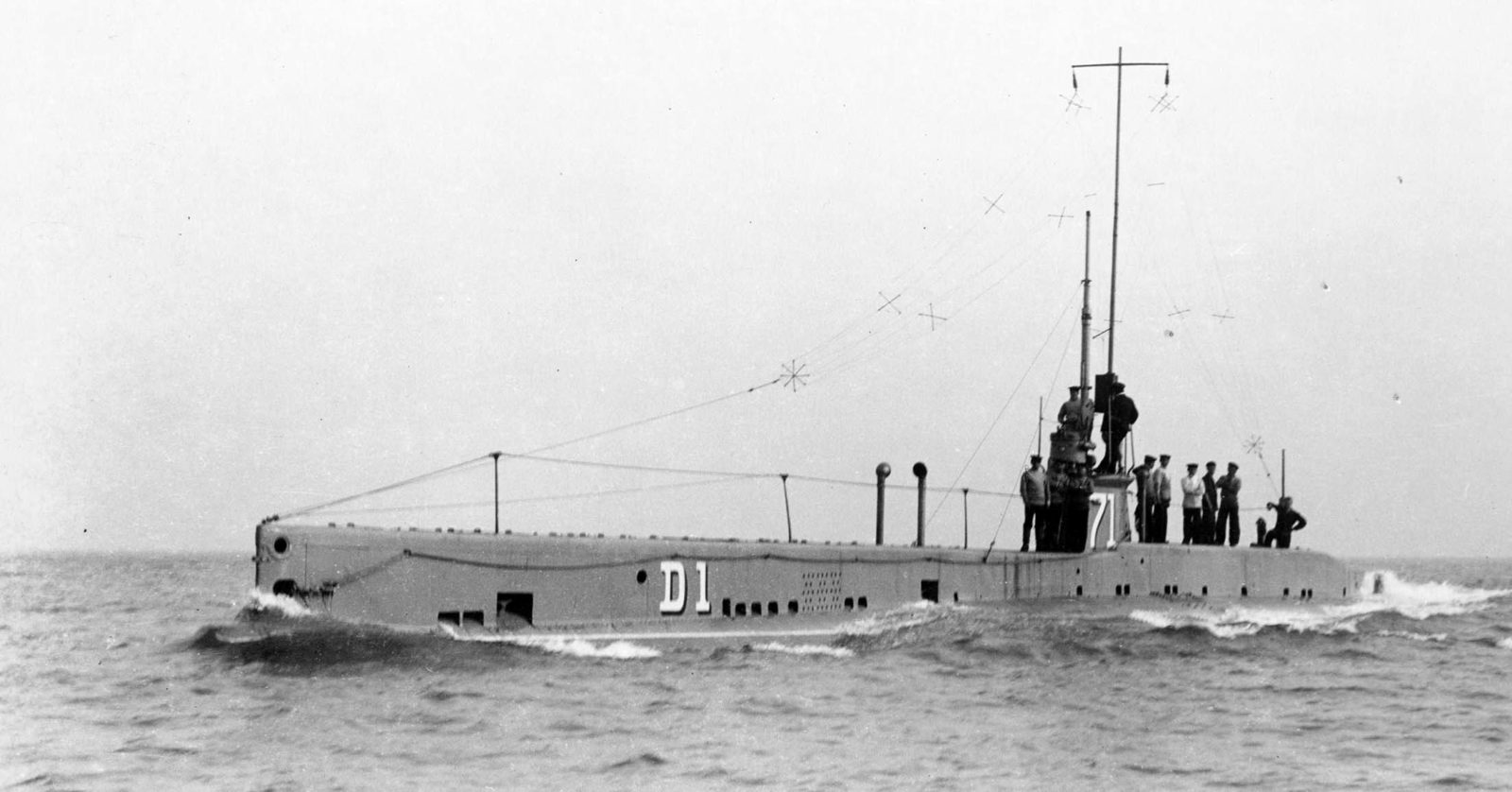 Prototype British submarine HMS/m D1, the forerunner to the Royal Navy’s patrol submarines of WW1, has been designated a Protected Wreck. Scuba divers can visit the 50m-deep site but the wreck and its contents must remain in situ.

DI sits upright and largely intact one nautical mile south-east of the eastern Blackstone, off Dartmouth in Devon. It was identified in 2018, following investigations by a team of technical divers diving from Wey Chieftain IV.

They had thought they were diving a U-boat wreck, for a project initiated by historian Michael Lowrey for a book he was writing about German submarines.

The main body of the wreck lay exposed, the lower conning-tower hatch open and the bow partly buried. The divers reported a combination of two forward and a single stern torpedo-tube, two propellers and a single rudder, ruling out previous U-boat identifications. Overall dimensions and the design of the conning tower, torpedo-tubes and deck-fixtures pointed instead to D1.

“Every diver dreams of identifying a historically important wreck,” said lead diver Steve Mortimer. “Expecting to find the remains of a German U-boat, we were thrilled to discover a ground-breaking British submarine instead. It’s tremendous that D1 is now protected, but divers can still visit.”

Built by Vickers at Barrow-in-Furness, D1 was the secret prototype for the Royal Navy’s first diesel-powered submarines, the D-class. Launched in 1908 and commissioned the following September, it was a significant development on the smaller, less-powerful C-class.

At the start of WW1, HMS/m D1 patrolled to protect the Kent coast before venturing beyond English waters to monitor German shipping.

In September 1917 it joined the Portsmouth Local Defence Flotilla and a year later was relegated to training duties. Decommissioned and scuttled the following October, it was used for target practice in naval training exercises.

Considered vulnerable to uncontrolled salvage, more than a century later the rare example of a pre-WW1 submarine has now been scheduled for protection by the Department for Digital, Culture, Media & Sport on the advice of Historic England (HE).

“The D-class submarine was superior to the C-class, with innovations that became integral parts of future Royal Navy submarines,” said HE chief executive Duncan Wilson.

“These included diesel propulsion, twin propellers and a wireless telegraphy system, which allowed the submarine to transmit and receive signals. This is a fascinating survival which deserves protection as an important part of our seafaring history.”

Of the other seven D-class submarines, D2, D3 and D6 were sunk in overseas waters, while D4, D7 and D8 were sold and scrapped in 1919. D5 off Lowestoft in Suffolk is, like D1 now, a Protected Wreck.