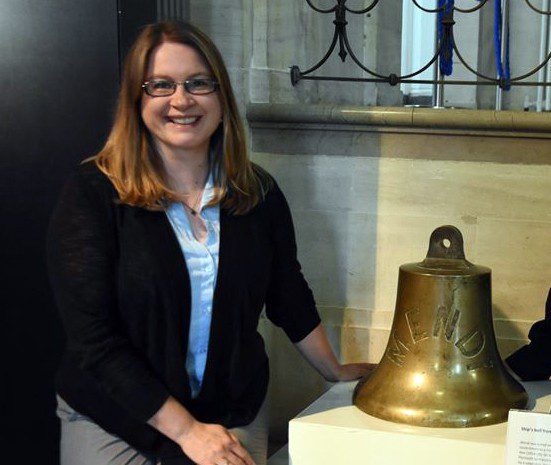 An official who became well-known to British wreck-divers has been awarded an MBE in the New Year Honours List for services to salvage and underwater heritage over the past 12 years.

Alison Kentuck was until recently Receiver of Wreck at the Southampton-based Maritime & Coastguard Agency (MCA).

Among other duties she dealt with scuba divers’ and commercial salvors’ reports of wreck finds around UK coasts, making sure that the interests of both finder and owner were taken into consideration.

The Receiver’s team processes incoming reports of finds, working with finder and owner and other parties such as archaeologists and museums. They also carry out prosecutions relating to wreck and salvage offences under the Merchant Shipping Act 1995 and the Fraud Act 2006.

Among prominent finds processed during Kentuck’s time as Receiver of Wreck were 17th-century cannon returned to the Dutch Navy, U-boat propellers to Germany and the bell of the ss Mendi, which was donated to the South African government.

“I feel very honoured to be receiving this award,” said Kentuck.

“I’m delighted that the varied and unusual role of the Receiver of Wreck is being recognised in this way. This honour is equally a reflection on the commitment and dedication of all those who have worked with the Receiver over the years in sometimes difficult and sometimes extraordinary situations. There is no other role like it.”

The Receiver of Wreck since September has been Camilla Moore.