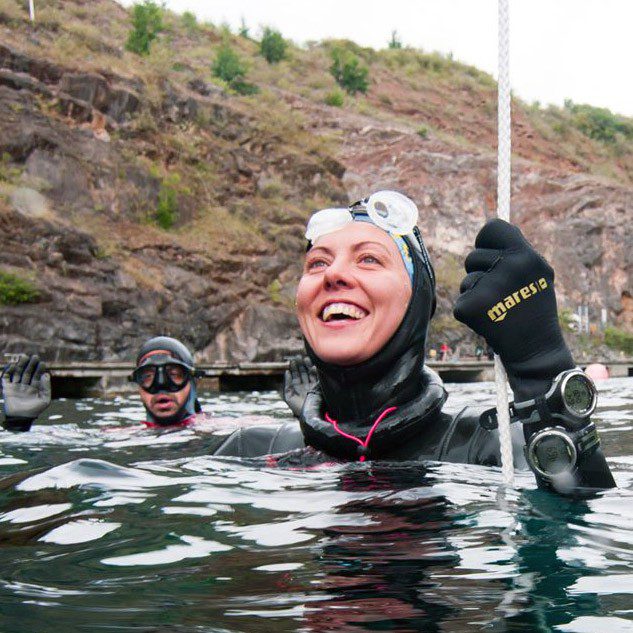 The announcement followed the freedivers’ performances against three other male and three female freedivers at Saltfree Diving’s annual Double Dip competition at the National Diving & Activity Centre, the deep former quarry in Chepstow, on 19-21 July.

“Sara has set the bar very high, as she holds all the female national records in depth, and has done for over 10 years,” the BFA’s Beci Ryan told Divernet. “These national records were world records at the time, and set in warmer waters.

“However, I think we now have a few contenders for the 56m CNF record, which was set in 2007. Alice Hickson currently holds all the pool national records, and is only now setting her sights on depth – and already showing promise.

“Then there is Helena Bourdillon, who has been close to the record with a dive of 53m in competition back in August 2017, and lastly Nancy Gibson, who has been training in Indonesia and is getting to some interesting depths – recently to 60m in FIM.”