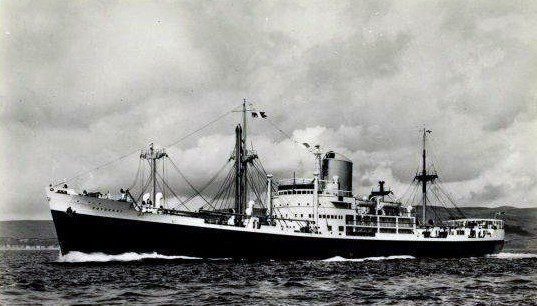 A ship that vanished with its 32 passengers in the “Bermuda Triangle” 95 years ago has been located, and its story is told in a new two-hour Discovery Science channel documentary.

The disappearance of the 77m steam-powered bulk-carrier Cotopaxi became one of the most famous associated with the Atlantic area loosely defined as the triangle between Bermuda, southern Florida and Puerto Rico, and featured in the movie Close Encounters of the Third Kind.

On 29 November, 1925, the ship set out from Charleston, South Carolina but never reached its destination of Havana, Cuba. Now a dive-team claims to have identified the wreck of the vessel off the coast of St Augustine in Florida.

Marine biologist and underwater explorer Michael Barnette asked British maritime historian Guy Walters to search the archives of the Cotopaxi’s insurance broker Lloyd’s of London, and he discovered that the ship had sent out wireless distress signals two days after leaving Charleston.

These were picked up in Jacksonville, Florida – placing the vessel in the area of a shipwreck found nearly 35 years ago.

Barnette and dive-buddy Joe Citelli dived and surveyed the wreck but were at first unable to prove its identity, until they enlisted the help of Al Perkins, who had been diving the area since the 1980s and had collected artefacts from wrecks, and maritime archaeologists Chuck Meide and Brendan Burke from a local museum.

Eventually convinced that they had found the long-lost SS Cotopaxi, the divers met Douglas Myers, grandson of the Cotopaxi’s captain William J Myers.

The Cotopaxi special is the first in a series called Shipwreck Secrets. Other wrecks included will be the Justicia, the British WW1 U-boat victim near Malin Head, Ireland; the “Ghost Ships of Chuuk Lagoon”; and the Lake Serpent, a 200-year-old schooner wreck in Lake Erie.

The Cotopaxi special is being shown on 9 February, but Discovery told Divernet that it could not yet give a date for release of the programme in the UK.

By way of consolation, coming to UK TV screens on the same evening that Shipwreck Secrets goes out in the States – Sunday, 9 February – is the start of a second series of Monty Halls’ My Family & the Galapagos, at 8pm on Channel 4.