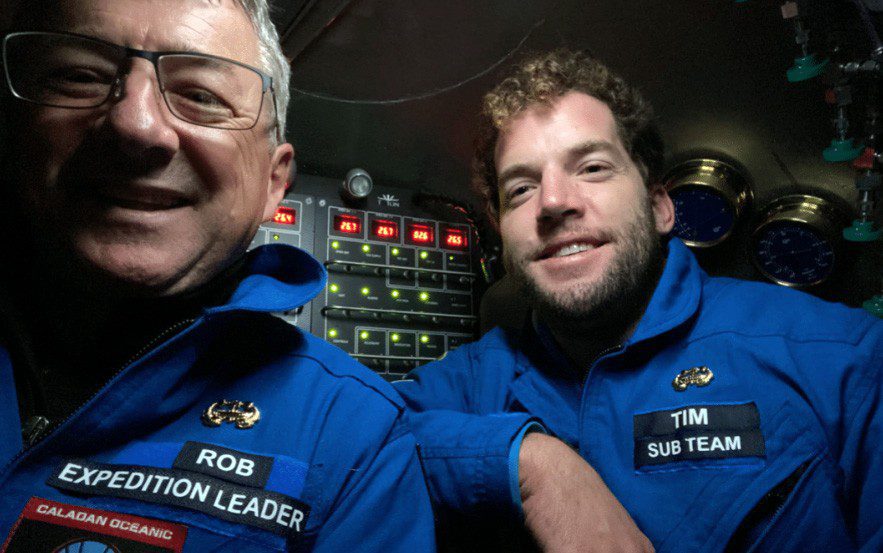 Limiting Factor, the world’s only private submersible certified to dive to any ocean depth, has continued its series of record-breaking Pacific dives – though this time the pilot was not owner Victor Vescovo, nor was it a world record that was claimed.

Instead Australian pilot Tim Macdonald and New Zealander Rob McCallum of EYOS Expeditions set depth records for their respective countries after taking the submersible to the ocean’s deepest point, the 10,925m Challenger Deep in the Mariana Trench.

What was dubbed by the 34-strong expedition team “the ANZAC dive” took 12 hours and was carried out from support ship Pressure Drop south-west of Guam on 8 April. Its purpose was to test new acoustic navigation equipment, because at extreme depths researchers rely on acoustic telemetry to record exactly where samples are collected.

Piloted by Vescovo, the two-seat Triton 36,000/2 sub has previously visited the deepest point in each of the world’s five oceans, in 2019, and in recent weeks made the first manned descent to the Emden Deep and the deepest wreck dive ever made, on the USSS Johnston destroyer, both in the Philippines Sea.

Limiting Factor can withstand pressures of up to 1400 bar. “That’s akin to having 11,000 tonnes per square metre at full ocean depth,” said Macdonald. “The pressure on the hatch alone is equivalent to 2200 tonnes, or five fully laden 747s.

“This privately funded vehicle is poised to make some of the greatest gains in ocean science,” he said.  “It both demonstrates our new ability to reach into the Hadal Zone, but also of the importance that private funding will play in the future exploration of the deep ocean.”

Macdonald was part of Limiting Factor’s design and build team, and is engineering and underwater operations lead for Vescovo’s company Caladan Oceanic, but only recently qualified as the sub’s third-ever pilot.

McCallum, a 20-year veteran of ocean exploration, runs the superyacht management company that has planned and led every expedition undertaken by Pressure Drop and the submersible.

“It was a very ANZAC dive – two good mates from opposite sides of the Tasman working together under pressure,” said Macdonald.

The expedition now heads to Australia to conduct scientific research deep beneath the Indian Ocean, in a joint project with the Minderoo University of Western Australia Deep-Sea Centre.