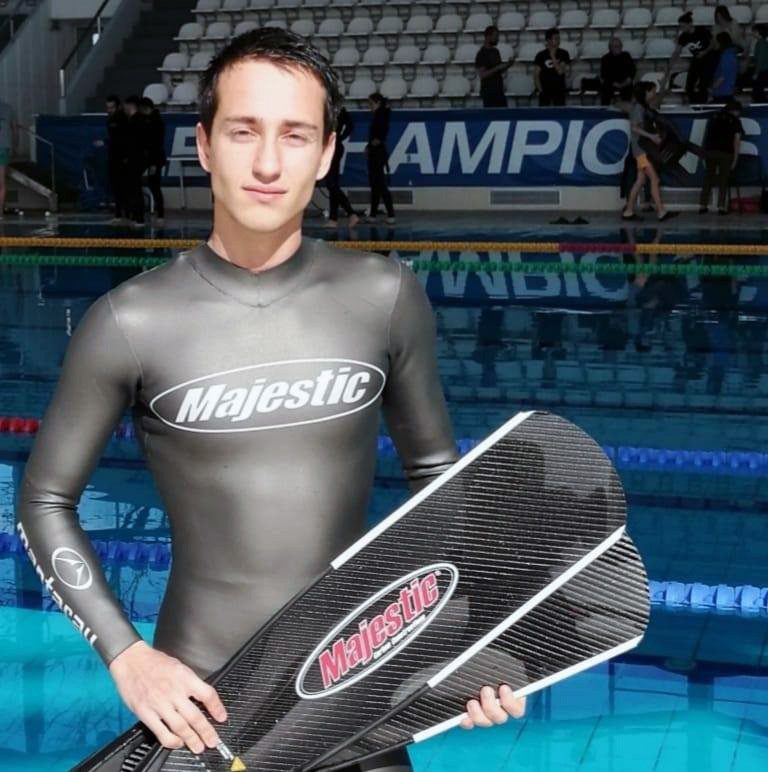 Another day, another breath-hold record bid: Croatian freediver Boris Milosic has claimed the Guinness World Record for walking under water.

Milosic, 23, a member of Split Dive Club, performed the feat in a pool in Kastela Bay marina on 1 March.

His aim was to outdo Turkish female freediver Bilge Clingigiray, who last September broke both the men’s and women’s record for “longest underwater walk with one breath”. She had covered 81.6m in one minute, as reported on Divernet.

The men’s record of 79.9m has been held since 2015 by Turkish freediver Sertan Aydin. The discipline requires one of the freediver’s feet to be touching the bottom of the pool at all times.

Milosic took far longer than Clingigiray to complete his walk, at 3min 36sec, although he said he had expected his attempt to take more than four minutes.

The freediver is ranked second in the world in the Dynamic With Bi-fins discipline of the sport’s governing body AIDA, having covered a distance of 234m in 2019.