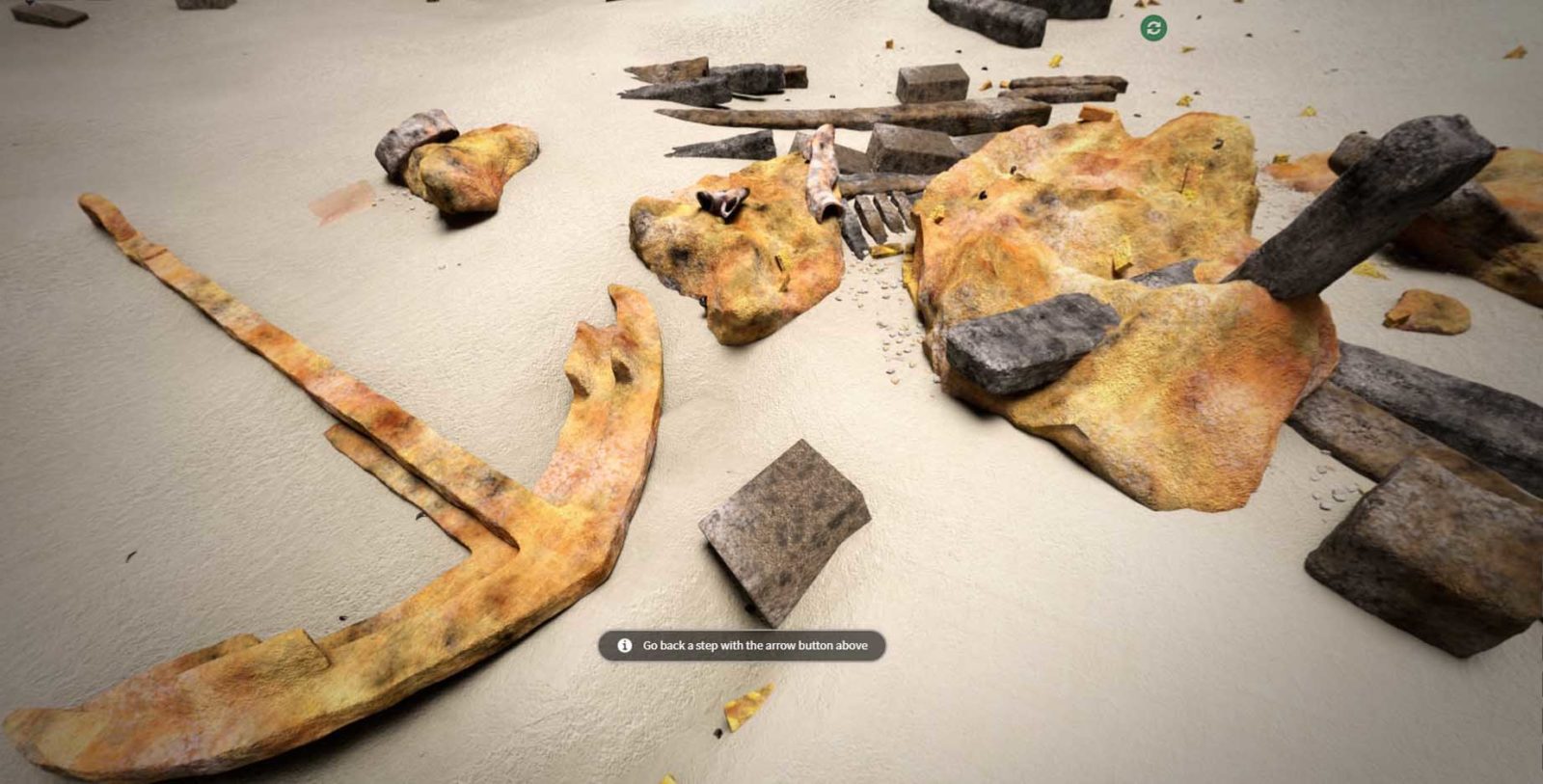 Organisations that have been working to excavate the 18th-century wreck of the Rooswijk on Kent’s Goodwin Sands for the past two years have produced a 3D virtual tour of the site, designed to convey the diving experience and give the public a vivid picture of what they have uncovered.

The Rooswijk was a Dutch East Indiaman lost 279 years ago today (10 January) in 1740. The vessel had been carrying goods for trade in Batavia (today’s Jakarta).

The wreck, which lies at a depth of 25m, was excavated by the Cultural Heritage Agency of the Netherlands (RCE), Historic England (HE) and MSDS Marine during 2017 and 2018. It is owned by the Dutch government and managed by HE, which has already commissioned a number of virtual dive tours of other wrecks in UK waters, though this is its first bilingual release, in English and Dutch.

The tour is also the first to take viewers through the archaeological process from discovery to post-excavation revealing, says MSDS Marine, a diving contractor that has acted as UK project manager on the excavation. Conservators and specialists have provided video interviews about the secrets revealed by materials taken from the site to their laboratories.

Working with ArtasMedia and CyanSub, the trail was created using archival evidence, geophysical surveys, underwater photos and footage, and computer-generated imagery. New finds are shown in 3D, with a model of the wreck indicating where they were found.

“Wrecks such as the Rooswijk are part of the shared cultural maritime heritage across Europe and it’s important that cultural heritage agencies are able to work together to ensure that sites like this are protected, researched, understood and appreciated by all,” said Martijn Manders, RCE Manager of the International Programme for Maritime Heritage and leader of the #Rooswijk1740 project.

“This virtual trail helps ensure that the public are able to understand and enjoy the wreck of the Rooswijk.”

As a protected wreck site, the Rooswijk can be dived only with an HE licence.

The virtual wreck tour can be found here.

For anyone wishing to view recovered Rooswijk artefacts in person, the next free open day is on 3 March at the Go Dive Scuba Store in Spondon, Derbyshire.