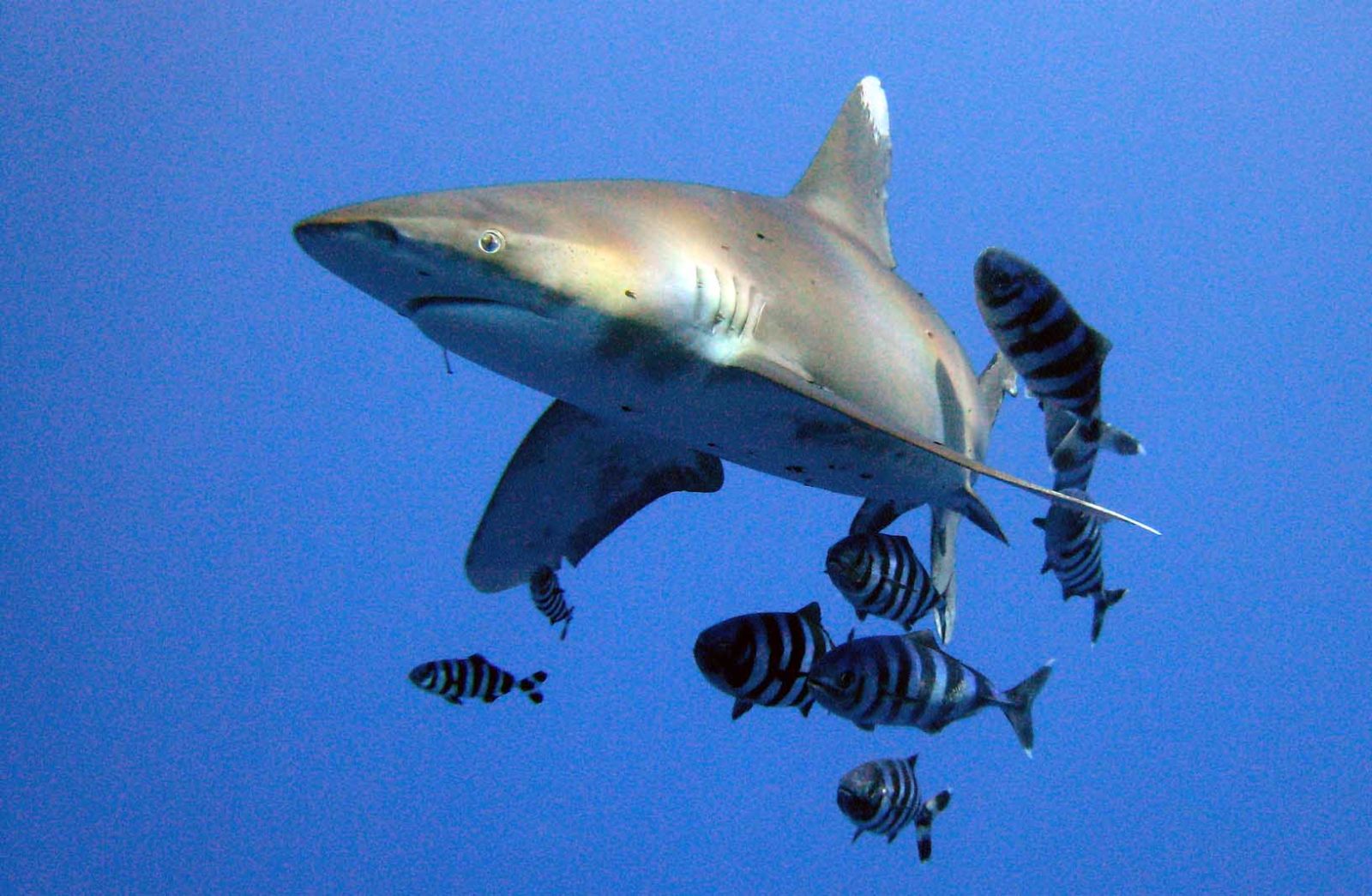 Ras Mohammed national park – and, it has been unofficially reported, the Brothers Islands – in the northern Red Sea have been closed indefinitely for recreational activities following a rare shark attack on a group of snorkellers.

Egypt’s Environment Ministry and the Chamber of Diving & Water Sports (CDWS) are conducting an investigation following the incident at Ras Mohammed on 25 October, in which a 12-year-old boy lost a forearm and sustained bites to his back, his mother suffered deep bite wounds and their tour-guide lost a leg.

The mother and son, on holiday from Ukraine, had been staying in Sharm el Sheikh. They had gone out to Shark Reef with a mixed group of scuba divers and swimmers on a dive-boat, and while snorkelling in a group of six had been attacked by what was believed to be a 2m oceanic whitetip shark.

The snorkellers had attempted to swim away when the shark appeared but it had followed them before launching the attack.

An underwater video later appeared on social media showing a female oceanic whitetip said to be in the same area and acting in a hostile manner. The investigators have been tasked with determining whether this was the same shark and the reason for its “abnormal” behaviour.

The victims were treated at Sharm International Hospital, and Environment Minister Dr Yasmine Fouad ordered Ras Mohammed to be closed to access by land or sea as a precaution pending the results of the investigation.

Diver correspondent and shark-diving specialist Ekrem Parmaksiz had been diving further south in the Brother Islands – which he reports were also closed to divers, although it’s thought only temporarily until tomorrow (2 November), when dive-boats will be allowed back to the area.

“I had many interesting encounters with oceanic whitetip sharks at the Brothers and Daedalus and shot many frames of them showing noticeable behavioural changes,” he told Divernet. “I had never seen them so agitated before.

“Afterwards I talked to many experienced dive-guides, and the common perception is that extreme water temperatures could explain their behaviour.”

The CDWS has asked all dive operators to review shark-awareness guidelines before operations resume.

They are asked to discourage snorkelling and entry-level diving in areas in which it is not permitted and, where it is allowed, conduct proper safety briefings, have first-aid equipment available and ensure that guides always enter the water first.

To avoid attracting sharks, no fish-feeding or fishing should take place with people in the water and no food-waste should be disposed of at sea.

Ekrem Parmaksiz will have a full report on his unusual Red Sea trip in the January edition of DIVER magazine.