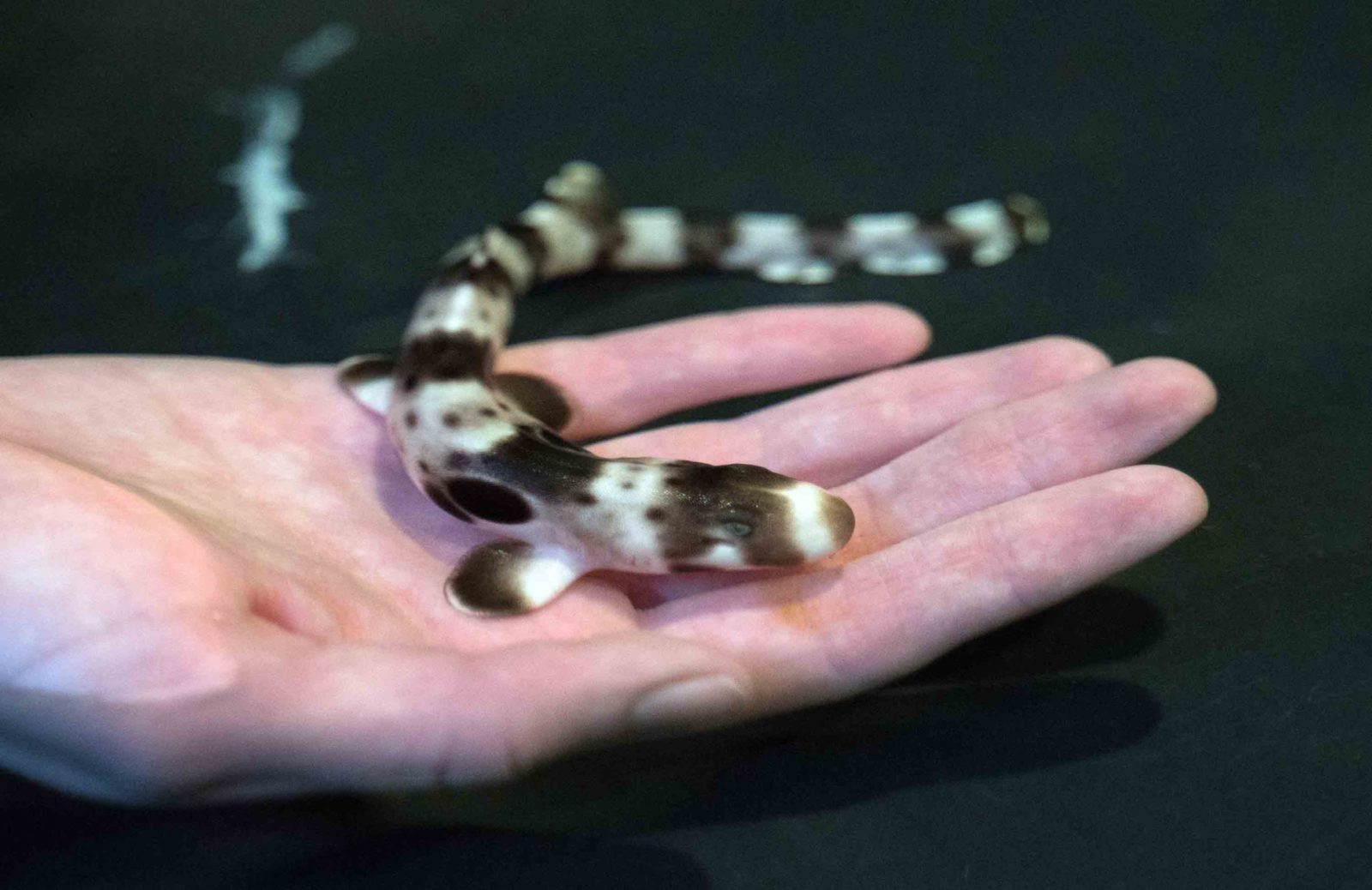 Baby sharks are being born smaller, exhausted, undernourished and into difficult-to-survive environments, as climate change causes the world’s oceans to warm.

That’s the conclusion of new research led by Carolyn Wheeler of the ARC Centre of Excellence for Coral Reef Studies at James Cook University (Coral CoE at JCU) in Australia and the University of Massachusetts in the USA.

Wheeler and her team studied epaulette sharks, an egg-laying species found only on the Great Barrier Reef. They were examined both as embryos and as hatchlings to determine the effects of higher temperatures on their growth, development and physiological performance

“We tested shark embryos in waters up to 31°C,” said Wheeler. “The hotter the conditions, the faster everything happened, which could be a problem for the sharks. The embryos grew faster and used their yolk sac quicker, which is their only source of food as they develop in the egg-case. This led to them hatching earlier than usual.”

This meant that hatchlings were smaller and needed to feed almost straight away, but were significantly lacking in energy to do so.

Sharks don’t look after their eggs once laid, so they have to be able to survive unprotected for up to four months, but the findings were said to apply as much to live-bearing as egg-laying sharks.

“The epaulette shark is known for its resilience to change, even to ocean acidification,” said the study’s co-author Associate Prof Jodie Rummer, also from Coral CoE. “So if this species can’t cope with warming waters then how will other, less-tolerant species fare?”

Sharks and rays are slow-growing and reproduce infrequently compared to other fish. “The study presents a worrying future given that sharks are already threatened,” said Wheeler. “Sharks are important predators that keep ocean ecosystems healthy.

“Without predators, whole ecosystems can collapse, which is why we need to keep studying and protecting these creatures.”

The new study has been published in Scientific Reports.