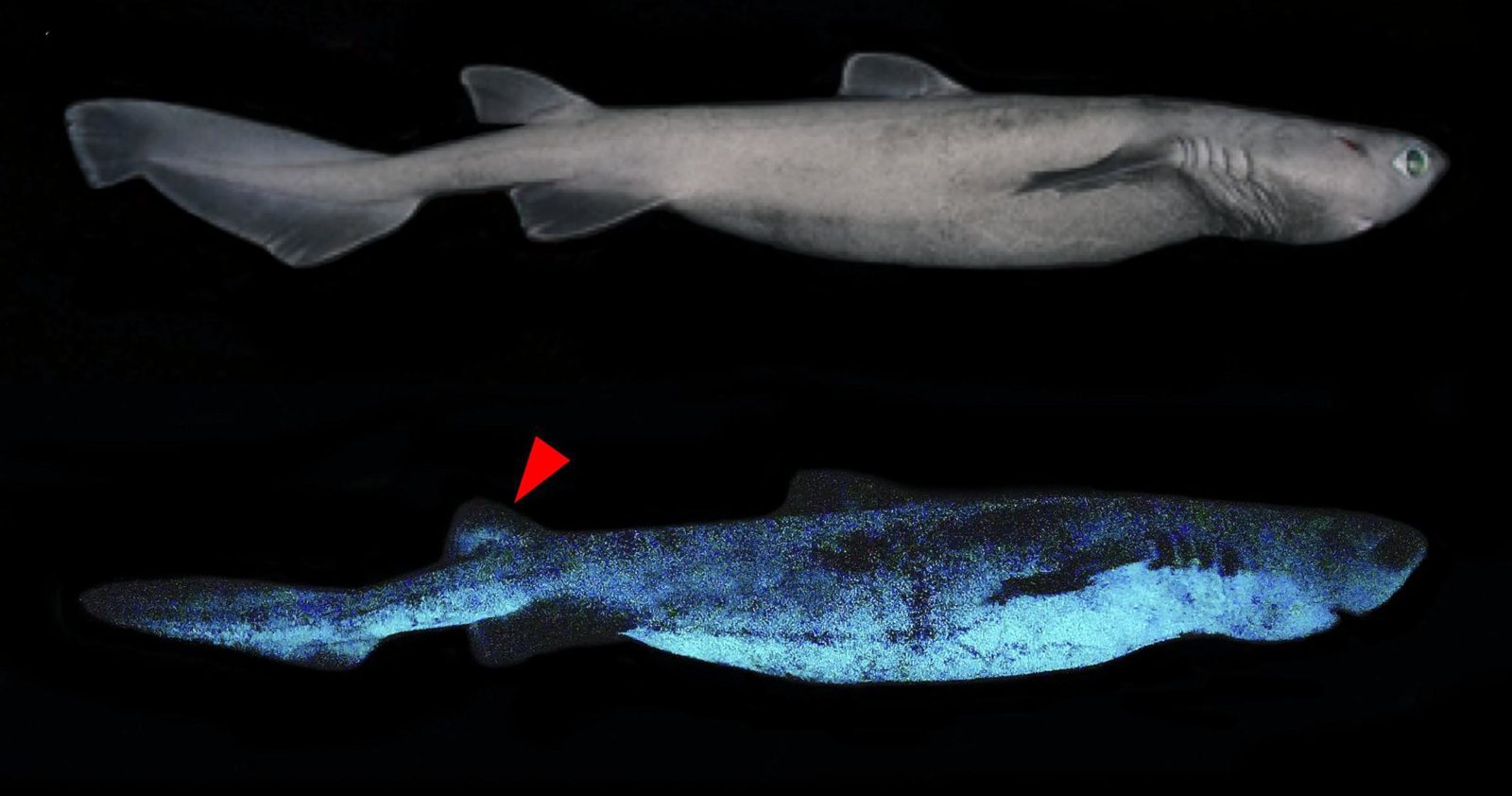 Three species of deep-dwelling shark have been shown to glow blue in the dark, with one, the kitefin shark that grows up to 1.8m long, now recognised as the world’s largest-known bioluminescent shark.

Along with the blackbelly and southern lantern sharks, the kitefin lives in the relative darkness of the Mesopelagic or Twilight Zone, at depths between 200 and 1000m.

Bioluminescence is reckoned to be used by more than 90% of animals at these depths to lure prey or mates, facilitate schooling or as camouflage, but it has only rarely been documented among sharks before.

Light-emitting photophores were found in their skin, and the scientists concluded that unlike other bioluminescent animals the sharks used hormones to control their light emissions. Melatonin triggered the glow, which was stimulated by alpha-melanocyte before adrenocorticotropic hormones were employed to shut it down.

Although bioluminescence was noted on the kitefin shark’s second dorsal fin, it was mainly concentrated on the undersides of all the sharks. This led the researchers to suspect that it had evolved as a mechanism for concealing their presence from prey fish below them.

With a certain amount of light penetrating the Twilight Zone from above, the gentle blue glow would act as “counterillumination”, preventing the sharks from standing out to fish below as shadows against the sky. The research is published in Frontiers in Marine Science.

A clue to the reason for the kitefin shark’s dorsal glow could come from a 2013 Université catholique de Louvain study of another small Mesopelagic dweller, the velvet belly lantern shark (Etmopterus spinax, 60cm), found in the Atlantic and Mediterranean.

Like the New Zealand sharks, this species has photophores on its underside, thought to help to camouflage it from prey fish below. However, it also has two bioluminescent spines, one in front of each dorsal fin, with two rows of photophores just behind them.

The photophores illuminate the spine like “light sabres”, according to lead author Dr Julien Claes, who concluded that the device was used to warn off predators without alerting prey below.

Modelling showed that predators several metres away would be able to see the spines. Dr Claes said that it was unusual to find an animal using light to simultaneously hide and advertise its presence. His study is published in Nature: Scientific Reports.