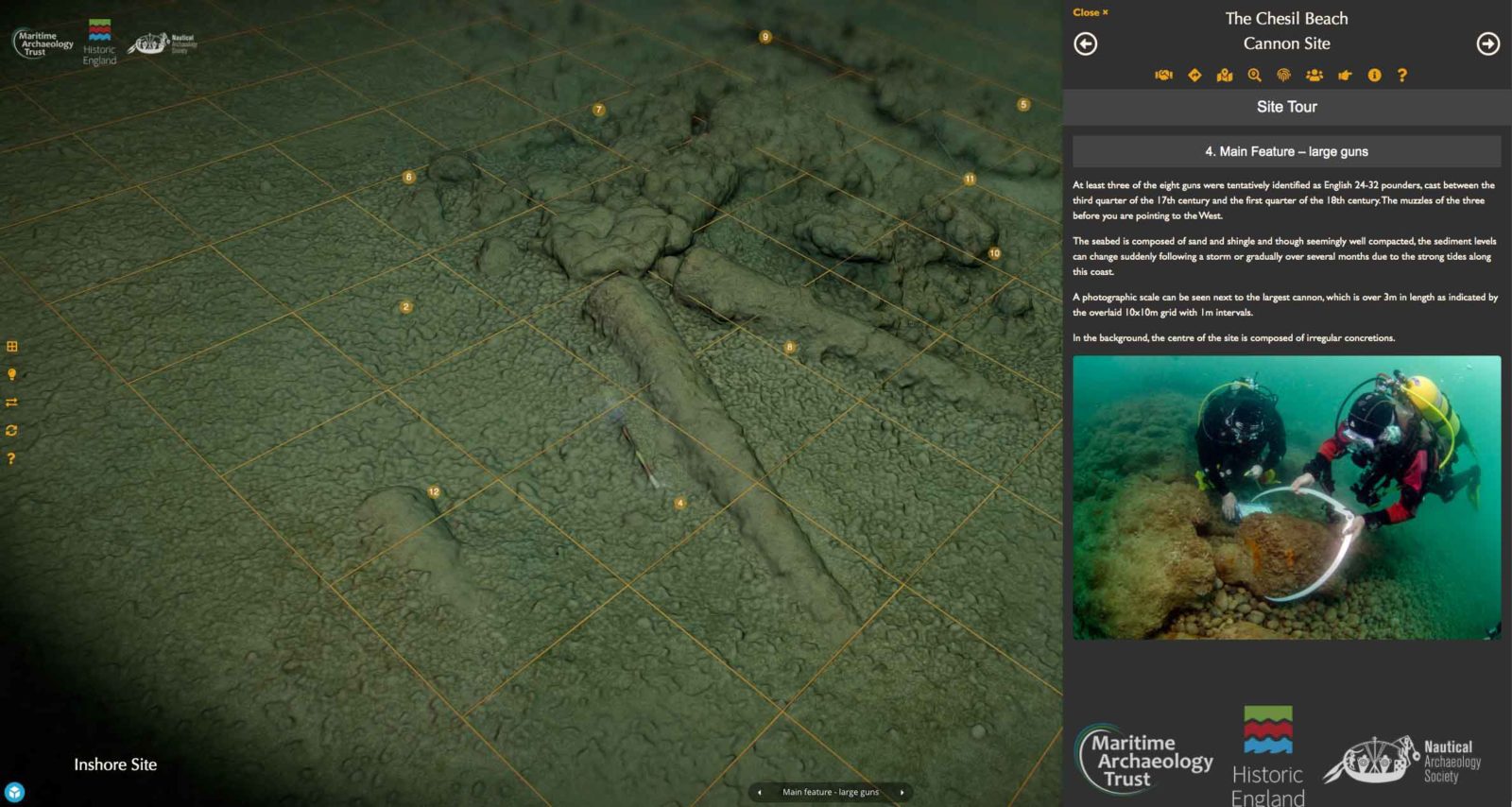 An interactive virtual tour of the protected Chesil Beach Cannon Site has been launched by the Maritime Archaeology Trust (MAT).

The tour features a 1m grid that can be toggled on or off, optional lighting settings and additional information about the project, its location and continuing investigation.

The actual wreck-site can be visited by scuba divers but only under licence from Historic England (HE). It consists of two groups of cannon dating from 1600-1780 at depths between 12 and 15m. The guns could be related but are currently thought to be from two unidentified shipwrecks.

The Inshore Site at the toe of Chesil Beach includes nine variously sized English cannon cast between 1650 and 1725 that might once have been part of a ship’s cargo. Also remaining are gun fragments, concreted iron shot and timber fragments, thought to be the remains of a merchant ship.

There is evidence of destructive salvage of the site in recent decades, says MAT, though it says it is likely that much remains preserved beneath the heavy concretions.

The Offshore Site 200m south comprises eight concreted cast-iron cannon, probably English. One was cast in the second half of the 17th century.

These guns appear to be of lighter calibre than those at the Inshore Site and were likely part of a ship’s armament. One theory is that they were jettisoned from an endangered vessel needing to lighten its load.

Since 2019 MAT has been funded by HE to collaborate with local scuba divers and the Nautical Archaeology Society to investigate the sites.

Its team developed the interactive tour from survey to publication, and it can be found here.