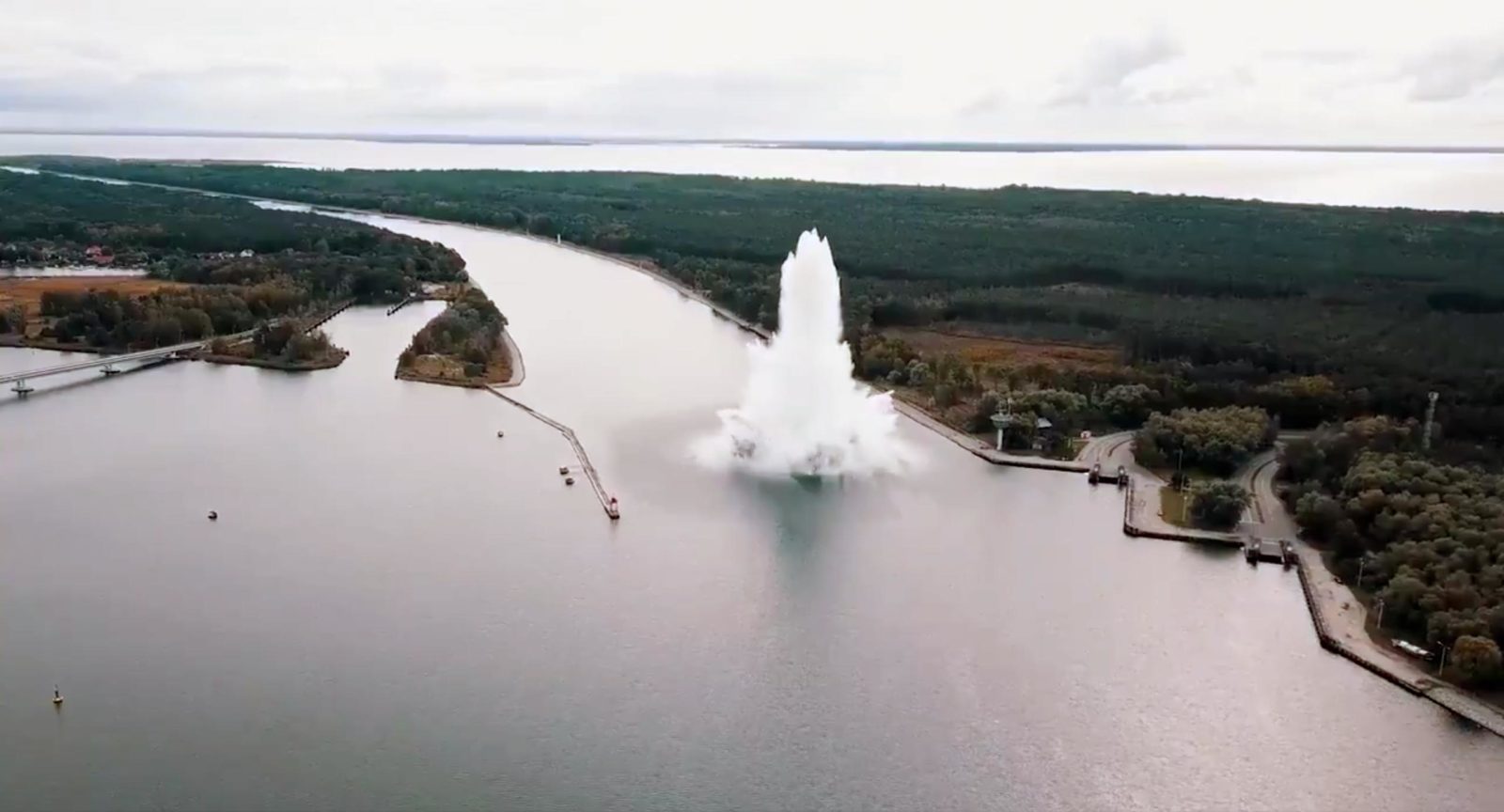 The planned five-day diving operation to defuse a WW2 Tallboy bomb in north-west Poland, reported on Divernet on Monday came to a premature end when the device exploded suddenly yesterday (14 October).

Fortunately no divers appear to have been present at the time, and a bridge half a kilometre away that had been feared to be at risk in the event of a controlled explosion was unscathed. There were no reports of any injuries or damage to infrastructure in the area, a canal leading into the Baltic Sea near the port city of  Swinoujscie.

Working at a depth of 12m, the divers had planned to use a “deflagration” technique, by which a remotely controlled device is used to pierce a shell and burn away the charge without causing it to explode. This had never been attempted with a Tallboy bomb under water before.

All but the nose of the 6m-long bomb had been buried, and the clearance divers from the Polish Navy’s locally based 8th Coastal Defence Flotilla had started the delicate work of exposing the body, aware that the smallest vibration could set it off.

“The deflagration process turned into a detonation,” reported a spokesman for Poland’s Ministry of National Defence, who said that the bomb could now be “considered neutralised, and would not pose any more threat to the Szczecin-Swinoujscie shipping canal” He said that “there had been no risk to the individuals directly involved”.

A 10-mile exclusion zone had been declared around the site and some 750 nearby residents had been evacuated.

The 5-tonne deep-penetration bomb contained 2.4 tonnes of explosives. It had been dropped during an unsuccessful attempt to sink the German cruiser Lutzow on 16 April, 1945.

Eighteen Avro Lancaster bombers from the RAF’s 617th “Dambusters” Squadron had carried out the raid, and it was recorded at the time that one of the bombs had failed to go off.