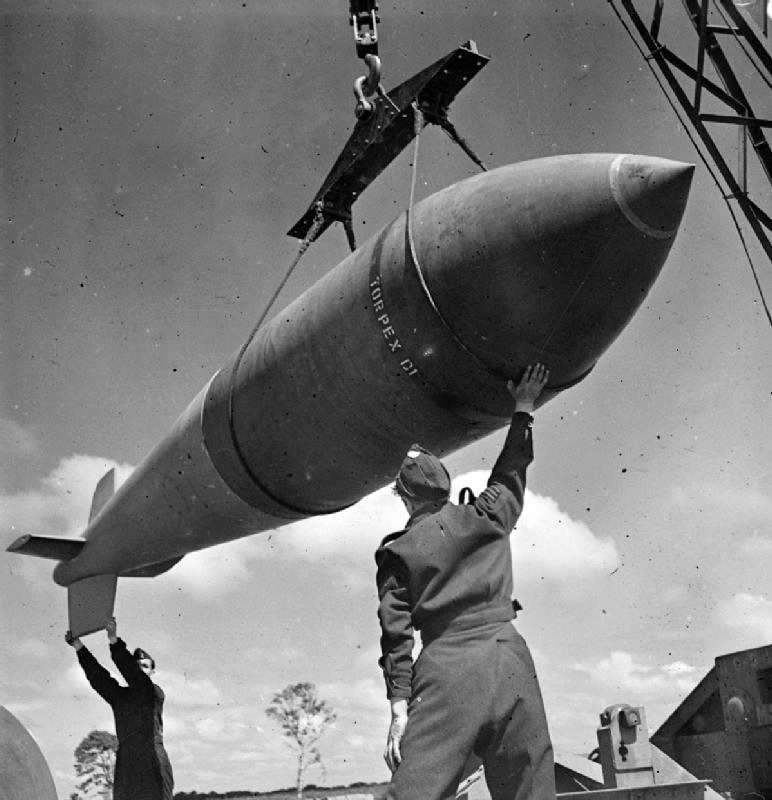 Polish Navy clearance divers are starting work on the first-ever attempt to defuse a WW2 deep-penetration bomb today (12 October) – while in Australia, the removal of an unexploded 45kg bomb from one of the world’s southernmost coral reefs has been announced.

The bomb in Poland is British – a 5-tonne “Tallboy” or deep-penetration bomb, lodged in a channel leading into the Baltic Sea. It was dropped during a raid by 18 Avro Lancaster bombers from the RAF’s 617th “Dambusters” Squadron on 16 April, 1945.

The bombers dropped 12 Tallboys in an attempt to sink the German cruiser Lutzow, which had been active in holding up the Russian advance, but one of the bombs was reported at the time as having failed to explode. One Lancaster crashed with the deaths of all seven crew, but the Lutzow survived the raid.

Tallboys were designed to penetrate a target and trigger shockwaves as they exploded to maximise destruction levels. The 6m bomb containing 2.4 tonnes of explosive was found last year at a depth of 12m during dredging near the port of Swinoujscie in north-west Poland.

During the war as Swinemunde, the city was the site of one of the German navy’s major Baltic bases.

The divers plan to use a technique known as “deflagration”, using a remotely controlled device to pierce the shell and burn away the charge without causing it to explode. No well-preserved Tallboy bomb has ever been defused under water before.

During the delicate operation, which could last up to five days, a 10-mile exclusion zone has been declared at sea and some 750 local residents have been evacuated. For the first three days the divers will work to expose the bomb, only the nose of which is currently visible, knowing that any small vibration could detonate the device.

Although a controlled explosion would have been safer, the option was ruled out for fear of destroying a bridge some 500m away.

Meanwhile in Australia a bomb of unknown origin was reported in April by an angler fishing on biodiverse Elizabeth Reef north of Lord Howe Island, 340 miles off New South Wales.

The device was declared to pose a “significant risk” to the public, but amid Covid restrictions the authorities closed the reef to visitors until the bomb could be dealt with in late September.

Royal Australian Navy clearance divers aboard HMAS Adelaide lifted the device to the surface, but rather than risk defusing it the ship carried it further out to sea and dropped it into 550m-deep waters where no deep-sea trawling is permitted.

The bomb’s age could not be determined because of deterioration, but bombs of this size had been deployed by aircraft against enemy submarines during WW2.

“The device was regarded as live by the Navy and the consequences could have been quite frightening,” stated Environment Minister Susan Ley. “Thankfully the reef’s precious ecosystem is safe and, most importantly, so are future visitors.”