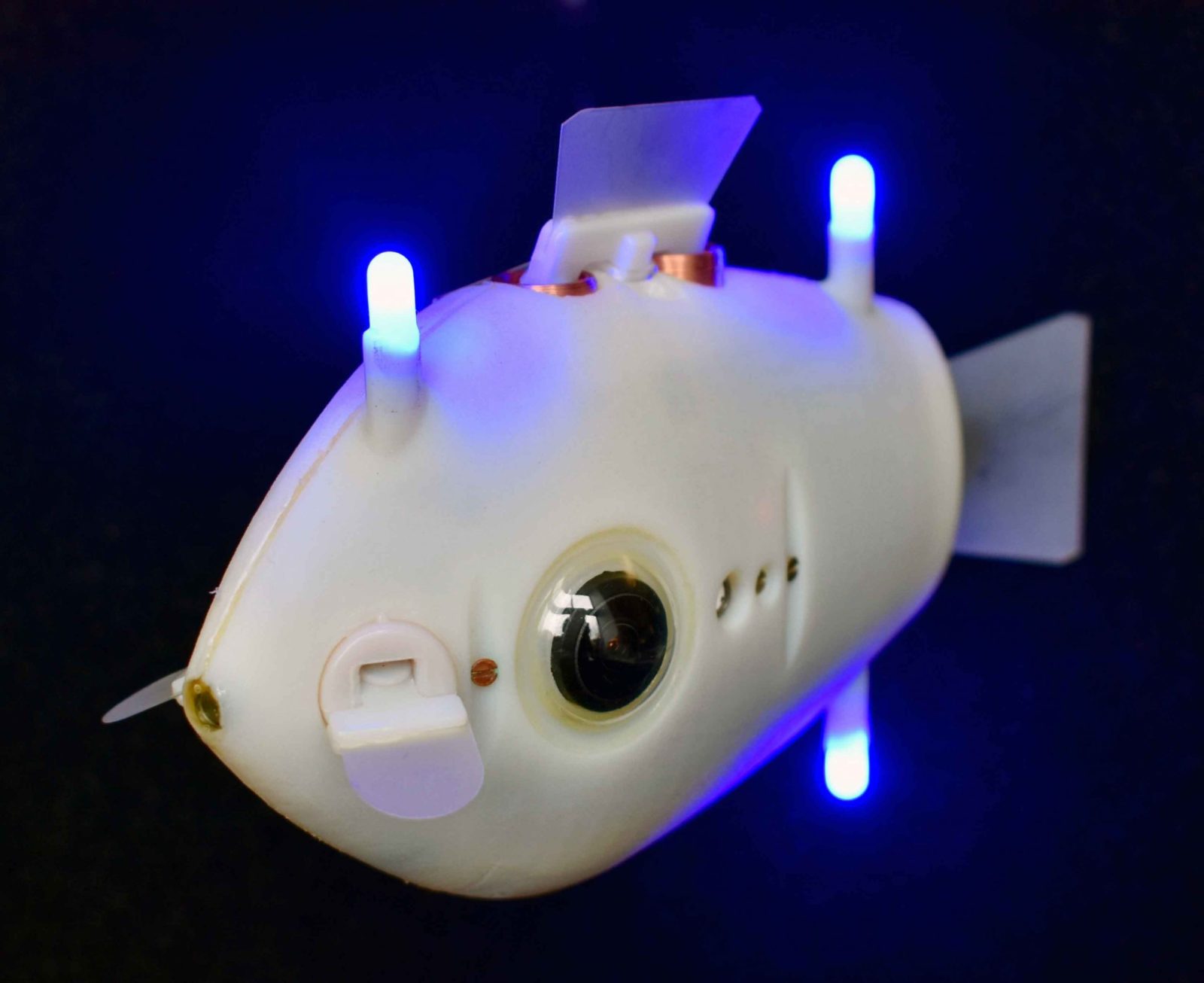 Schools of robotic fish that can co-ordinate their movements without any outside control have been developed by scientists at Harvard University in the USA.

They hope that the breakthrough will enable development of underwater “swarms” of miniature robots equipped to perform environmental monitoring tasks, especially in fragile environments such as coral reefs. They also say that their “Bluebots” are enabling better understanding of fish schooling behaviour.

Schools of fish use complex synchronised behaviours to help them find food, migrate and evade predators, say the team, but they don't rely on sigmals from leaders or communicating among themselves. Instead, each fish makes its own decisions based on what it sees its neighbours do.

The scientists applied that principle to robotics for what they say is the first time, and created what they call a “Blueswarm” made up of individual Bluebots in the laboratory of Prof Radhika Nagpal.

“Robots are often deployed in areas that are inaccessible or dangerous to humans; areas where human intervention might not even be possible,” says first author of the study Florian Berlinger of Harvard John A Paulson School of Engineering and Applied Sciences (SEAS) and the Wyss Institute for Biologically Inspired Engineering.

“In these situations, it really benefits you to have a highly autonomous robot swarm that is self-sufficient. By using implicit rules and 3D visual perception, we were able to create a system that has a high degree of autonomy and flexibility under water, where things like GPS and wi-fi are not accessible.”

The co-ordination system is based on blue LED lights. Each Bluebot carries two cameras and three such lights. The cameras detect the LEDs of nearby Bluebots and use an algorithm to determine their distance, direction and heading.

The researchers were also able to simulate a simple search mission.

Using the dispersal algorithm, the Bluebots spread out across a tank until one came close enough to a red light to detect it. This triggered its LEDs to start flashing, which in turn triggered the aggregation algorithm in the other Bluebots so that they all aggregated around the signalling robot.

The research is published in Science Robotics.