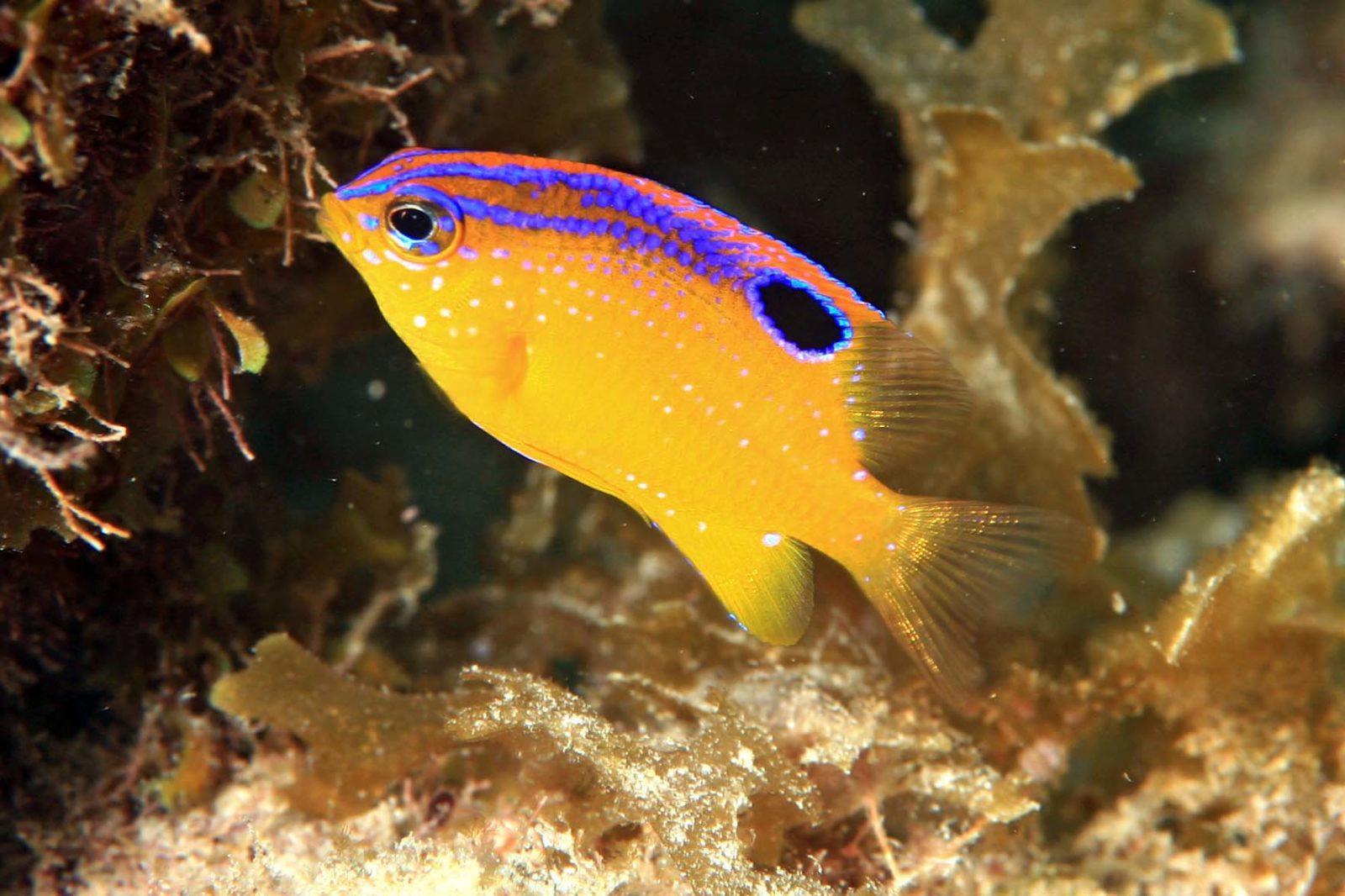 Humans have been farming animals for millennia, but now scientists reckon they have found the first evidence of an animal domesticating another species – and the farmer happens to be a coral-reef fish.

“We found highly territorial longfin damselfish and mysids have a mutualistic relationship that benefits both,” said Dr Rohan Brooker from Deakin’s Centre for Integrative Ecology. “The damselfish aggressively defend a patch of reef, where they farm algae for food, against all but the mysid shrimps.”

Scuba divers will be well aware of how aggressive damselfish can be when they detect an intruder on their part of the water column.

“Swarms of the mysid shrimp, which benefit from the protective refuge provided by damselfish, fertilise the algal farms with their waste, improving quality of the farmed algae and, in turn, the condition of the farmer, the damselfish,” said Dr Brooker.

Identifying such an arrangement has long eluded scientists, but according to Dr William Feeney from Griffith’s Environmental Futures Research Institute the relationship between damselfish and mysids “is the first recorded case of a non-human vertebrate domesticating another species”.

And he believes the discovery will shed light on human behaviour as well as on that of the fish. “The relationship between the damselfish and mysids could tell us much about how we first domesticated familiar species like cats, dog, pigs and chickens,” he said.

“It is generally food-scraps or shelter that are thought to have attracted animals to humans, but this study highlights the important role that protection from predators also plays in domestication, with mysid shrimp quickly consumed by other predators when the damselfish farmer wasn’t present.”

The research is published in Nature Communications.