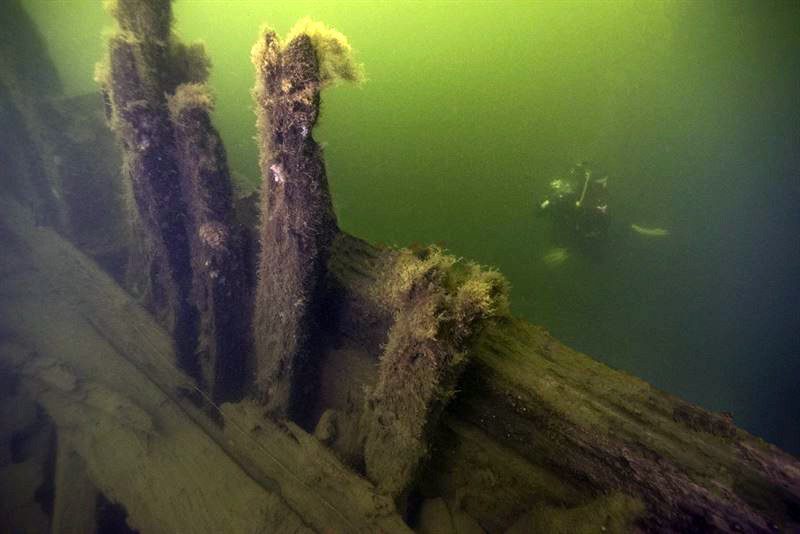 Two well-preserved 17th-century wrecks found 18 months ago at Vaxholm in Sweden’s Stockholm Archipelago have now been positively identified – and they are not the ships they were first thought to be.

The vessels are not sister-ships of the famed Vasa, the earlier 17th-century warship displayed in Stockholm, but they are warships – the Apollo and the Maria, both built in 1648 and scuttled in 1677.

The finding of the wrecks was reported on Divernet in November 2019, with the project manager, archaeological diver Jim Hansson of the Vrak wreck museum, saying at the time: “The detective work has just begun”.

The discovery remains historically significant. “The type of ship that Apollo and Maria represent has never before been archaeologically documented and they have lots of knowledge to convey,” says Hansson.

Both vessels carried troops to Poland during an invasion by the Swedish King Charles X, and saw action in the battles of Mön in 1657 and Öresund the following year.

The identification was made by dating timber samples, measuring deck beams and frames and scouring the archives. Analysis revealed that the oak used to build the ships had been felled in the winter of 1646/47, indicating that construction would have begun one or two years later.

“When we dived on the ships we got the Vasa feeling,” said Hansson. “The timber was huge, so a possible trace was that these were some of Vasa’s sister-ships that we knew were sunk off Vaxholm.

“But the dating didn’t match. Vasa’s sisters Äpplet, Kronan and Scepter were built shortly after Vasa’s sinking in 1628. We wondered if the samples we had taken could possibly come from parts of the ships that were repaired, in that case in the 1640s.”

Further timber samples taken on later dives showed that the oak from one ship came from northern Germany and the other from eastern Sweden. Apollo had been built in Wismar in Germany, and the bigger Maria in Stockholm.

“We could state that one ship was 8.7m at the widest point,” said Hansson of the divers' measurements. “Because we had both the width and the shape of the ship, we were able to estimate the length to be about 35m… In the end, we had all the pieces of the puzzle.”

According to deputy project manager Patrik Höglund, the idea of using outsize ships such as the 69m Vasa had died with their champion King Gustav II Adolf in 1632. “After his death, warships of medium size were built instead, because they could be used for many different things and were more seaworthy than those large, awkward ships.

“The ships were not very large, but very heavily built to withstand the weight of their heavy artillery. The ships’ firepower increased in relation to their size, of which Apollo and Maria are good examples.”

The archives indicate that further wrecks well-preserved by the Baltic’s brackish waters remain to be discovered at Vaxholm, including Vasa’s sister-ships and captured Danish vessels.

Investigative diving is continuing as part of a collaborative research programme between Stockholm University and the Wreck/State Maritime & Transport History Museums and Finland’s National Board of Antiquities.

Video of dives on Apollo and Maria can be seen here.