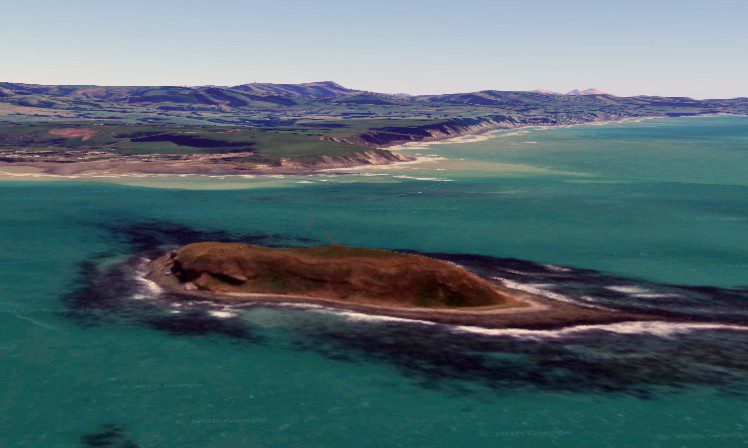 A New Zealand scuba diver died through a lethal combination of unsafe practices from which other divers could learn, a coroner has concluded at the inquest.

Fifty-eight-year-old Neil Brookes was on a dive-trip to catch crayfish near Motunau Island off South Island three years ago. At the inquest, reported by New Zealand news outlet Stuff, the Coroner heard that Brookes had been diving for 15 years and had “done a diving course”.

He and neighbours Mark O’Donnell and his son Hayden O’Donnell had gone out on a boat driven by David Weston on the morning of 5 March, 2017.

The three planned to dive together and followed the line down to the rocky seabed at 25-30m depth, but on arrival O’Donnell senior had grabbed for a crayfish and was lost from view in kicked-up silt.

The divers continued the dive separately. Hayden O’Donnell ascended with his catch and his father surfaced a few minutes after he was back on the boat. Brookes also surfaced as Weston headed over to pick up O’Donnell.

But while Hayden O’Donnell was helping his father back onto the boat he heard what sounded like a gasp from Brookes’ direction. He looked over and saw him at the surface but could not tell whether his BC was inflated.

Weston told the coroner that he had seen Brookes take his mask off and remove his second stage on surfacing. As he drove over to pick him up, the boat’s occupants saw Brookes leaning back with his catch-bag in front of him, regulator out and arms outstretched.

He emitted a short, loud sound that appeared to be a cry of pain rather than a call for help, before waves covered his face and he started to sink out of sight without a struggle.

The group searched the area and put out a Mayday call. Police divers eventually found Brookes’ body on the seabed 24m deep the next day.

An incident report submitted by police diver Constable Seda Clayton-Greene concluded that unsafe diving practices that might not have proved lethal individually had together caused a “domino effect with fatal consequences”.

These included Brookes possibly breathing his cylinder empty, not wearing any sort of dive-timer, attaching a catch-bag directly to his dive-gear and continuing a dive solo.

The cry of pain could have indicated that a rapid ascent had occurred, causing decompression illness or an embolism.

The Coroner said that Brookes’ death had been complicated by the loss of his mask and regulator, being overweighted by both lead and his bag of crayfish, and separation from the other divers. He said the incident highlighted the need for divers to check their weighting and buoyancy, monitor their air supply and stay with a buddy.

Having considered pathology reports, he found the probable cause of death to be drowning following a possible cerebral arterial gas embolism suffered during an out-of-air ascent.