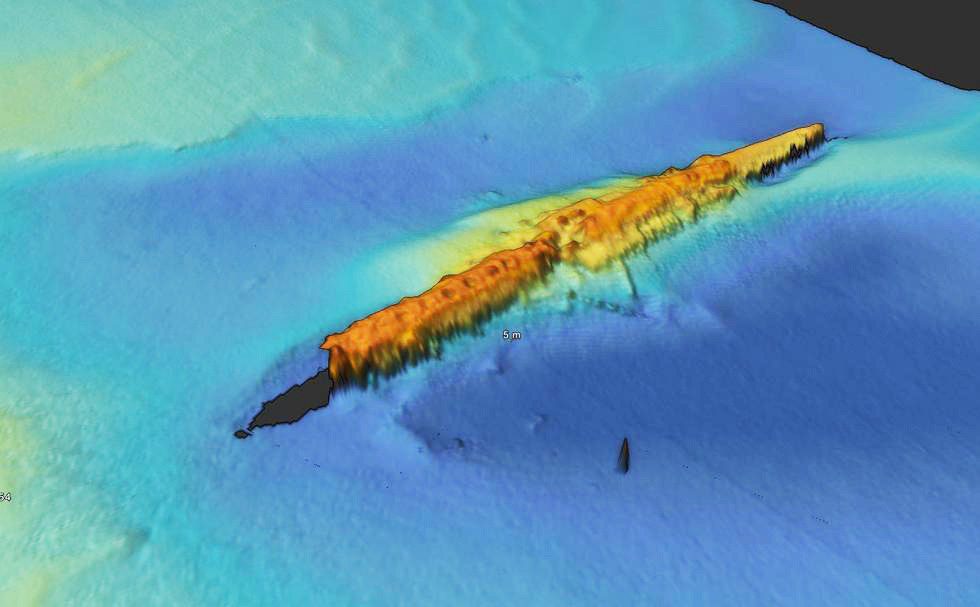 A German U-boat, sunk by the Royal Navy off Yorkshire in 1917 and thought to have been penetrated by its divers the next day, has been surveyed for the first time.

The investigation of UC-47 was led by a team from the University of Southampton. They used sonar-scanning and an ROV to obtain hi-resolution video footage of the wreck, including the large hole in the port side of the otherwise intact hull. Resting at a depth of 50m, the wreck was said to show an “an astonishing level of preservation”.

UC-47 has been visited by scuba divers over the years, and was featured in DIVER’s Wreck Tour series, but had not been the subject of a scientific survey before.

The university was working with offshore-survey companies MMT and Reach Subsea, its longtime collaborators on such underwater research projects. They investigated the wreck from the vessel Topaz Tiamat on behalf of Tolmount Development, which was preparing to lay pipeline in the North Sea some 20 nautical miles off Flamborough Head.

The 52m mine-laying U-boat was reported to have been responsible for sinking 56 vessels in 13 patrols in the course of little more than a year, but her reputation as a “lucky vessel” ended abruptly on 18 November, 1917.

The patrol-boat HMS P-57 caught UC-47 at the surface and rammed her before deploying depth-charges. The U-boat sank with the loss of all 26 crew.

“Today the vessel is only marked on the navigation charts as a shipwreck and until now very little was known of the submarine’s condition,” said team-leader Dr Rodrigo Pacheco-Ruiz, co-director of the long-term Offshore Archaeological Research (OAR) project being carried out by the university’s Centre for Maritime Archaeology.

“It has been a privilege to be able to explore a wreck in such good condition and have the opportunity to find out more about its past.”

The day after UC-47 went down, the submarine is believed to have been penetrated by Royal Navy hardhat divers, who retrieved its code-books and charts.

Famed diver and “tin-opener” Dusty Miller has long been associated with this and many similar exploits during WW1 – the full story was told in the June 2020 issue of DIVER. Material recovered by divers in this way gave the Royal Navy a vital intelligence advantage over the Germans.

Maritime historian Stephen Fisher commented: “Further investigation of historical sources – when access becomes available as lockdown eases – combined with this detailed imagery of the wreck might enable us to ascertain if she was indeed visited in November 1917.”

“These sites tend to be hundreds of miles offshore and can only be reached with specialised sub-sea equipment, which is normally a barrier to their study,” said Dr Pacheco-Ruiz. “Projects like ours demonstrate that these sites can be surveyed even in these very difficult times, when the world struggles with a dangerous pandemic.”

Past OAR collaborations between the University of Southampton and MMT/Reach Subsea include last year’s discovery of an intact 500-year-old shipwreck at 120m in the Baltic Sea, as reported on Divernet, and the Black Sea MAP project of 2016-18.