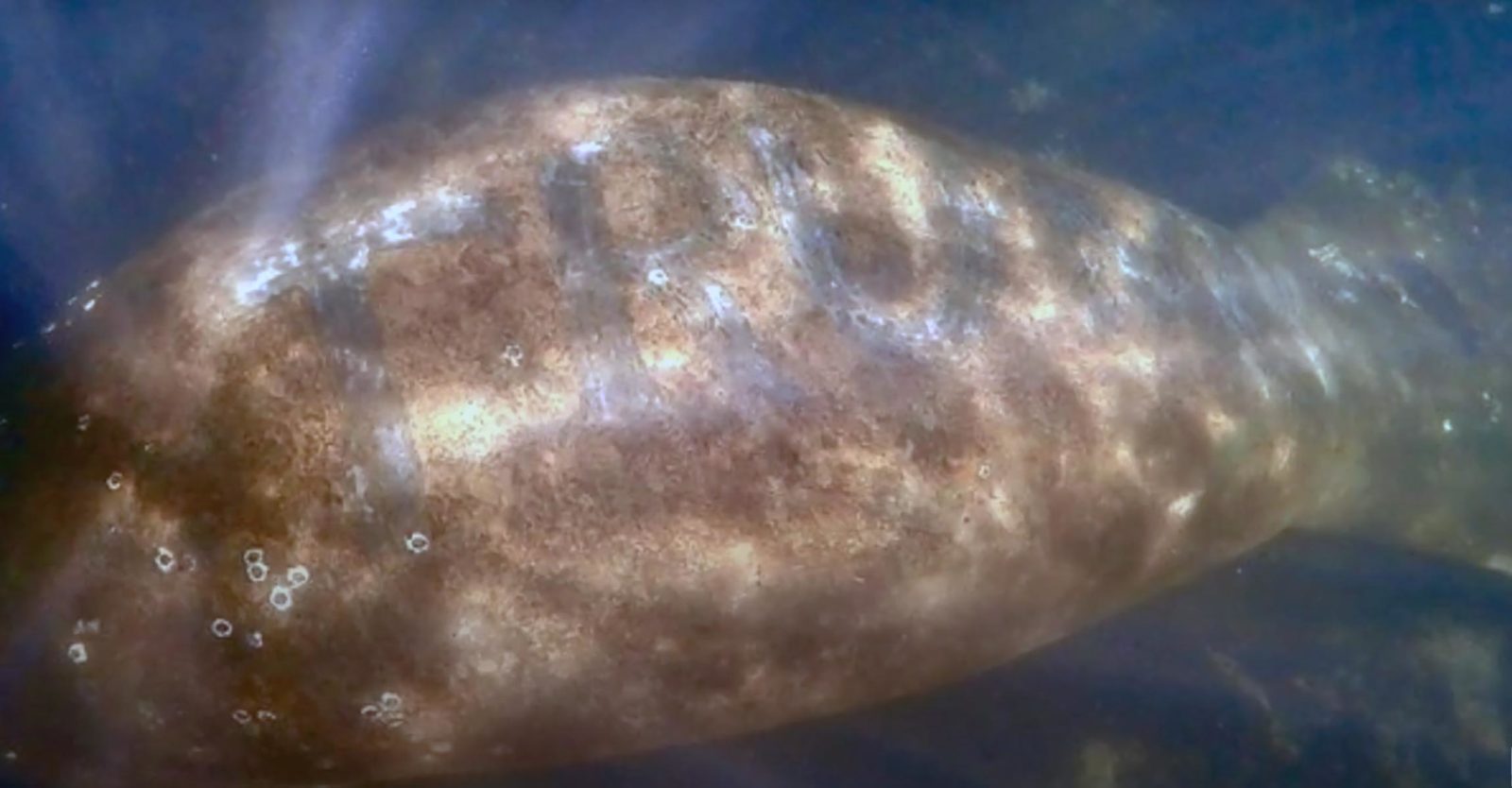 An investigation is under way after a manatee was videoed in Florida’s Homosassa River with the word ‘TRUMP’ etched into the algae covering its side.

Initial reports that the word had been carved into the animal’s flesh were rejected by the investigating US Fish & Wildlife Service, which said that the manatee did not seem to have been seriously injured.

The harassment was likely to have been traumatic for the animal, however, and is being treated as criminal activity.

Manatees are protected under both state and federal law in the USA, with federal conviction for harassment under the Endangered Species Act punishable by a maximum $50,000 fine and a prison sentence of up to a year.

The targeted manatee was spotted at a site called Blue Hole Spring on the river, which lies north of Tampa on the state’s Gulf coast. The slow-moving and hence vulnerable herbivores are classified as a Threatened species, downgraded from Endangered in 2017.

The Fish & Wildlife Service is collaborating with the Florida Fish & Wildlife Conservation Commission to investigate, and has appealed to the public to provide information on its crime hotline.