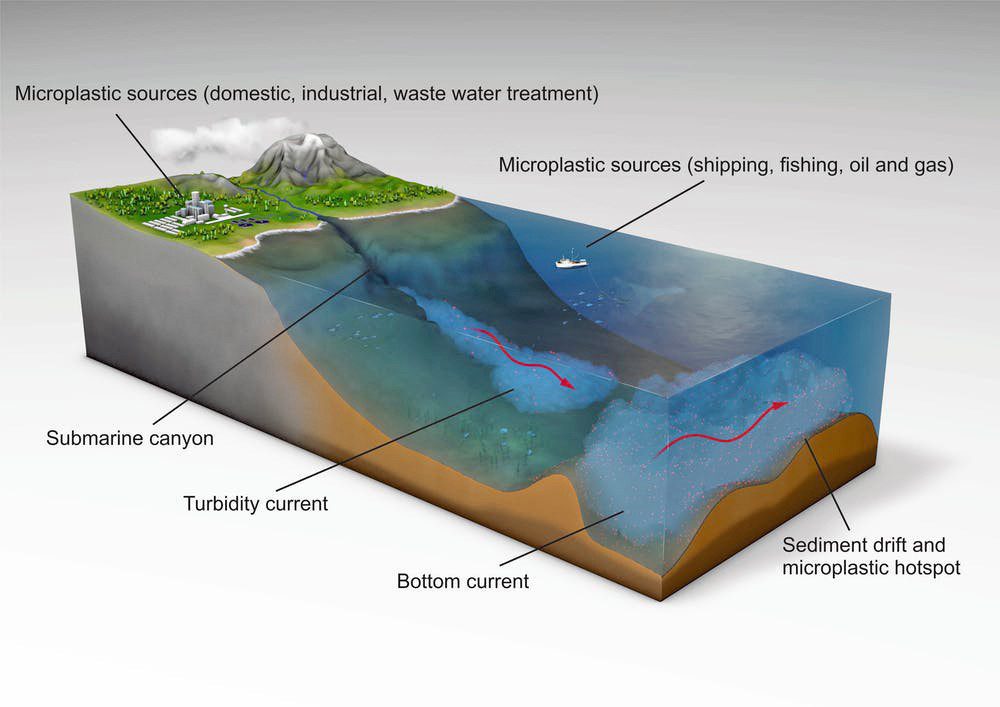 More than 10 million tonnes of plastic waste enter the oceans every year, and until now it has been thought to degrade into microplastics that sooner or later sink vertically to settle on the seabed.

But now a British-led scientific team has demonstrated that these microplastics are controlled by powerful bottom currents that also supply oxygen and nutrients to deep-sea marine-life hotspots – and has concluded that they are forming massive drifts that threaten to overwhelm these ecosystems.

Researchers led by geologist Ian Kane from the University of Manchester and geoscientist Michael Clare of the National Oceanography Centre in Southampton studied seabed currents in the Tyrrhenian Sea area of the Mediterranean off western Italy, part of the global network of deep-sea flows driven by salinity and temperature differences.

More than half of plastics sink immediately, they say, while others are dragged down later once coated in algae or bound up with other organic matter. Their descent is not vertical, however, because they are likely to be propelled by currents along deep-sea canyons and to become part of sedimentary “avalanches” until the point at which the currents weaken.

Drifts that could be many kilometres across and hundreds of metres high form at such points, which are likely to coincide with those at which ecosystems such as deep-sea coral reefs have formed.

The researchers took samples of sediment from depths of several hundred metres. Under the microscope in the laboratory they separated out and counted the microplastics, using infra-red spectroscopy to identify the types of polymer represented.

In a single 5cm-thick layer covering just 1 sq m they found as many as 1.9 million microplastics particles – the highest level yet recorded on the seabed.

Most of the seabed microplastics are fibres from clothes and textiles, say the scientists. These endanger marine organisms because they can be ingested by them and, even if they were originally non-toxic, harmful toxins are likely to build up on their surfaces.

“The cheap plastic goods we take for granted eventually end up somewhere,” say Kane and Clare.

“The clothes that may only last weeks in your wardrobe linger for decades to centuries on the seafloor, potentially harming the unique and poorly understood creatures that live there.”

Their study is published in Science.