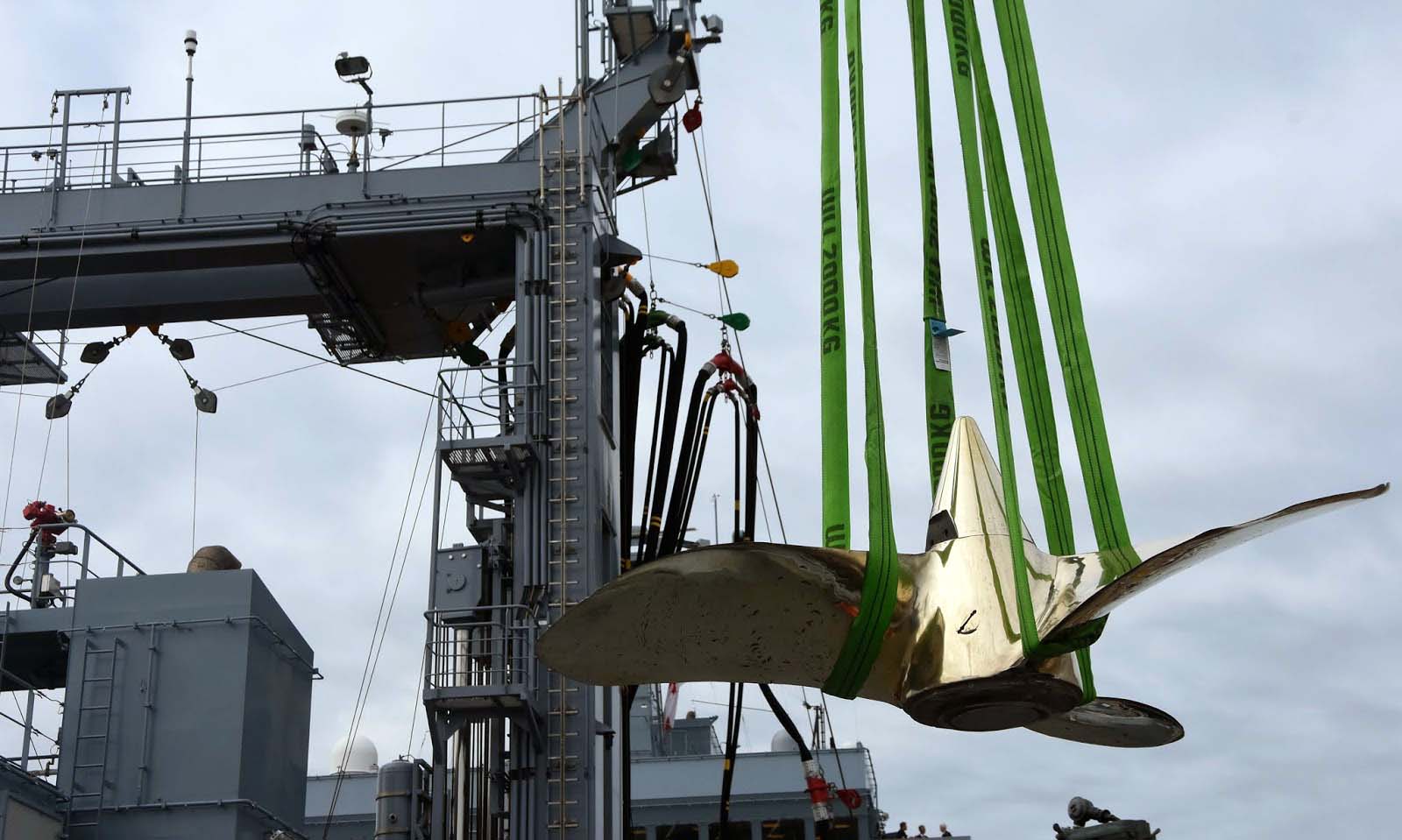 A World War One U-boat propeller has been handed back to the German Navy 100 years after the submarine’s sinking, following a joint operation between the Maritime & Coastguard Agency (MCA), Historic England (HE) and North Wales Police.

It is one of two propellers found at a storage unit in Bangor last September, believed to have been illegally recovered by a diver from the wreck of UC-75.

“A warrant was executed at property on Anglesey last September, which led to another property in Bangor being searched, where the items were discovered,” said PC Neil Jones of North Wales Police at the handover.

“A man has since received a formal caution in relation to the find.” The raid was reported on Divernet.

Launched in 1916, UC-75 was credited with sinking 58 ships, including two warships, and damaging a further eight, either by torpedo or mine-laying. It was eventually rammed and sunk by the destroyer HMS Fairy in May 1918, with the deaths of 17 of the 31 crew.

The returned propeller took more than 50 hours to be restored by staff and students at Southampton College Marine Skills School. It was handed over in a ceremony aboard the German replenishment vessel FGS Bonn, based in Plymouth for training, on 31 August.

Once restored, the second propeller is to be displayed at the Royal Navy Museum in Portsmouth.

‘‘The shipwrecks of the First World War are an important part of our shared cultural heritage, and divers are making a huge contribution to our knowledge and understanding of these wrecks by finding new sites and putting names to previously unidentified ones,” said Alison Kentuck, the MCA’s Receiver of Wreck.

“I am pleased that in this case the UC-75 propellers are going to such appropriate homes, both in the UK and Germany.”

“The coastal minelayer UC-75 is a military maritime grave and a reminder of all those who gave their lives at sea during the First World War,” said HE Maritime Archaeologist Mark Dunkley. “The salvage of the two propellers, stolen for their scrap value, shows the vulnerability of our shared past to a small criminal minority.”

“The propeller witnessed the struggle for life 100 years ago,” said Captain Matthias Schmidt, German Naval Attache. “It will come home. It will be officially handed over to the Naval Museum in Laboe on the occasion of Armistice Day in November.

“The story of UC-75 is ending in a message of reconciliation and hope – the fruit of the close partnership between our two nations that has brought us together here today.”