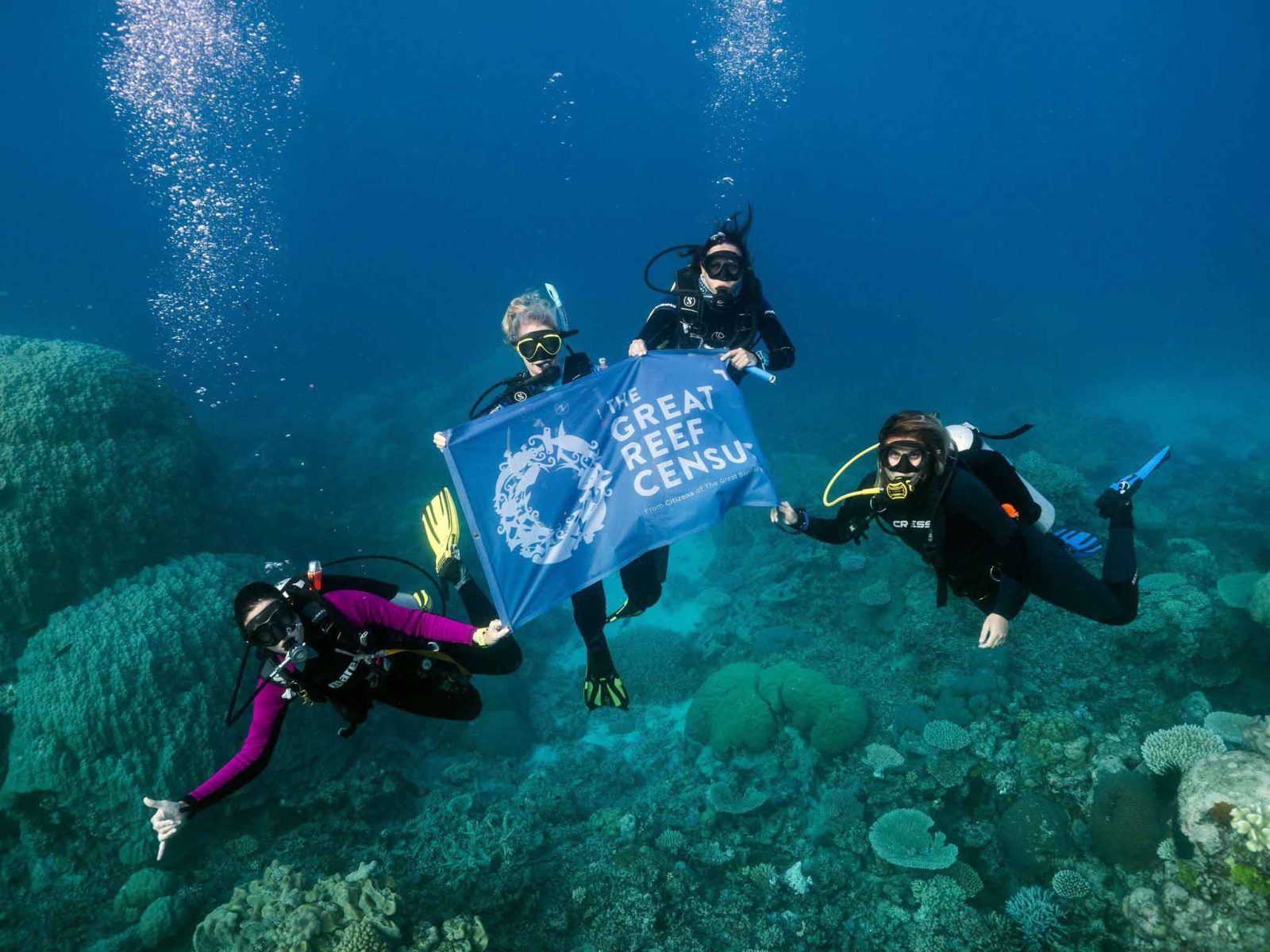 Scuba divers, freedivers and snorkellers all over the world are being encouraged to participate in a citizen-science project designed to boost the long-term health of Australia’s Great Barrier Reef. All that’s required is access to the Internet “and a few minutes to spare”.

Training agency PADI says it has teamed up with Australian conservation network Citizens of the Great Barrier Reef for what it describes as a first-of-its-kind initiative, the Great Reef Census. Divers contribute to the effort by carrying out online reef-image analysis.

Between October and December 2020 divers, dive-boats, marine-tourism operators and others in the GBR community created a makeshift research flotilla that captured large-scale reconnaissance data and images from across the reef, says PADI.

Dive-crew, scientists, tourists and conservation groups volunteered hundreds of hours and surveyed more than 160 reefs from the tip of Cape York to the remote southern Swains, capturing more than 13,000 images. These were uploaded to the Great Reef Census platform for analysis.

“The Great Reef Census is a ground-breaking idea for ocean conservation that is inclusive of anyone with access to the Internet,” says Michelle Barry, a GBR-based Master Scuba Diver Trainer. “This allows people all around the world to visit the reef virtually and to be part of an important project to protect it.”

If the idea proves successful the model can be rolled out across the world, says PADI, providing “real-time status updates for the planet’s treasured reefs”.

“As the impacts of climate change and other threats accelerate around the world, there is an urgent need to scale up conservation efforts globally, which requires everyone to take part,” says Andy Ridley, CEO of Citizens of the GBR. “The global dive community is in a unique position to support these efforts.”

The GBR has experienced three mass coral-bleaching events in the past five years, stretching traditional management and monitoring resources.

Much of the world believes that the GBR has already gone, according to Ridley. “But the reef is massive, the same size as Germany, so the reality is that it’s a patchwork system of incredibly healthy, degraded and recovering reefs.”

Only 5-10% of the GBR is regularly surveyed, he says. “The Great Reef Census is designed to help fill critical gaps in our knowledge of how individual reefs are coping with stresses, and has already returned valuable data.”

Divers can get involved in the survey here and find out about  the training agency’s own conservationist community of “PADI Torchbearers” here.