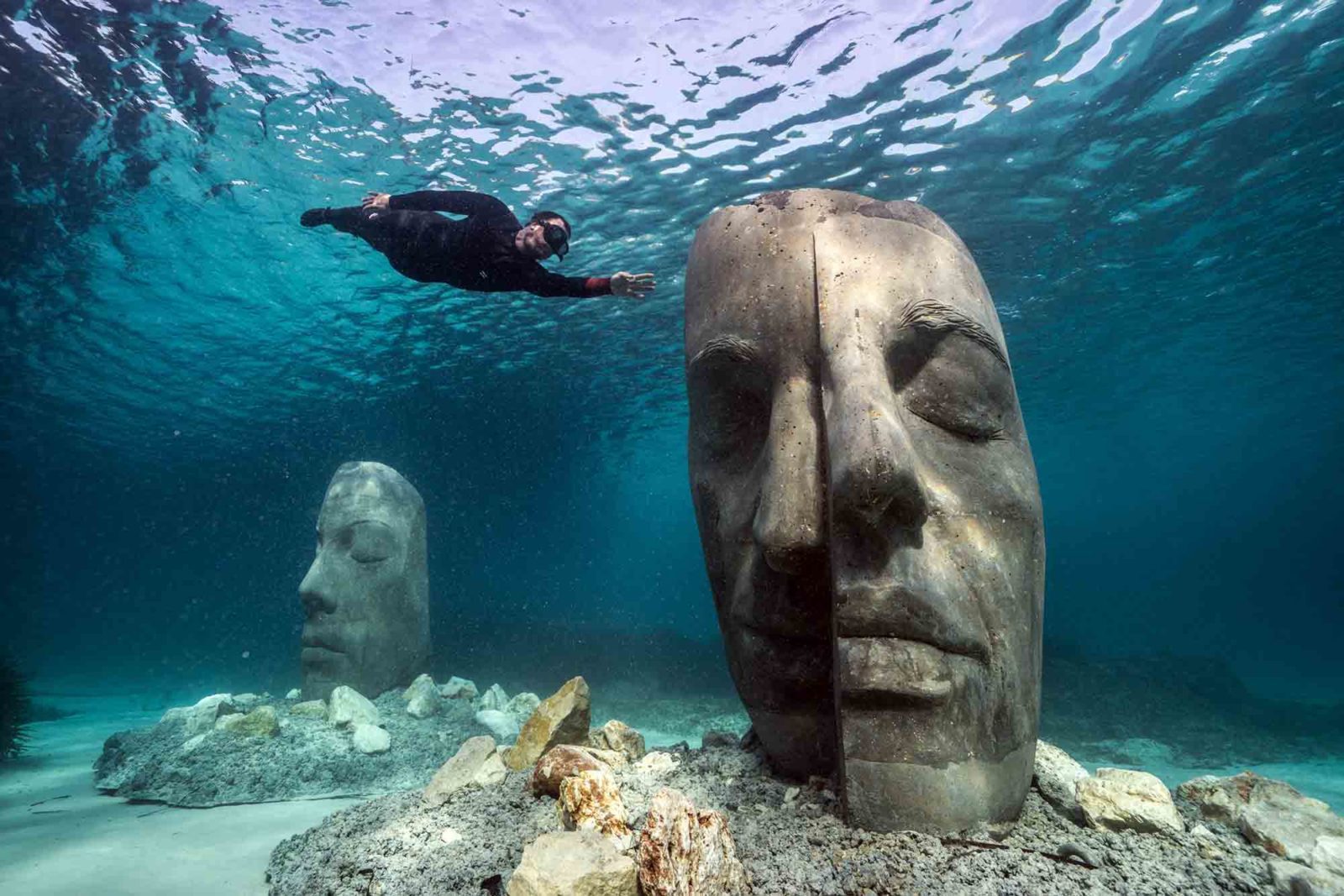 The latest submerged installation by Jason deCaires Taylor, the British sculptor’s first in the Mediterranean, is the Underwater Museum of Cannes, which has been declared open off the French Riviera coast.

Commissioned by Cannes mayor David Lisnard and funded by the city, the project took more than four years to develop. It features a series of six monumental 3D portraits, each more than 2m high and weighing 9 tonnes, located in the protected southern part of the island of Sainte-Marguerite.

For maximum accessibility to snorkellers as well as scuba divers, the sculptures lie close to shore and shallow at 2-3m deep, resting on areas of white sand between Posidonia seagrass meadows and cordoned off from boat traffic.

The location was previously an area of disused marine infrastructure, so the project involved removing quantities of debris to create space for the Underwater Museum.

As with all of Taylor’s installations around the world, Ph-neutral materials have been used to attract marine fauna and flora. The portraits are based on members of the community, from a nine-year-old primary school pupil to an 80-year-old fisherman.

Each face is sculpted in two parts, with the outer resembling a mask. Sainte-Marguerite was the island where the unidentified “Man in the Iron Mask” was imprisoned in the 17th century.

The split mask is a metaphor for the ocean, explains Taylor, with one side depicting strength and resilience, the other fragility and decay.

“From land, we see the surface, calm and serene, or powerful and majestic,” he explains.

“This is the view of the mask of the sea. However, below the surface is a fragile, finely balanced ecosystem – one which has been continuously degraded and polluted over the years by human activity.”