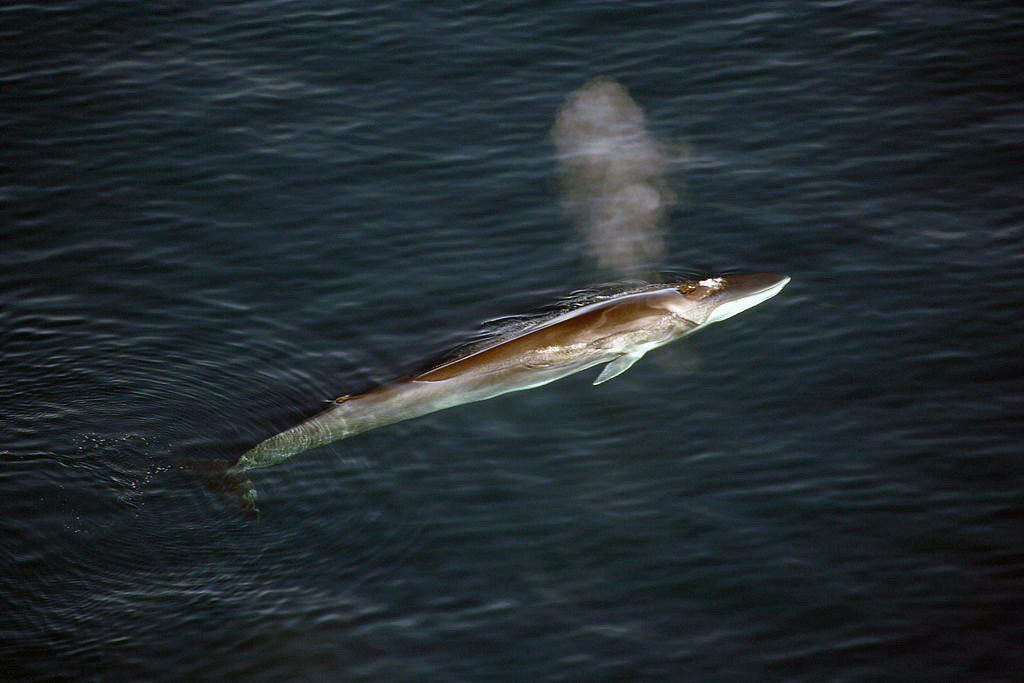 Seismologists have turned to the singing of fin whales to learn more about what goes on beneath the Earth’s crust.

Fin-whale calls are among the ocean’s most far-reaching signals, and US scientists say they can harness them to determine the thickness and movement of deep sediment and solid rock layers.

The experts who made the breakthrough are based at Oregon State University’s College of Earth, Ocean & Atmospheric Sciences on the north-eastern Pacific coast.

“People in the past have used whale calls to track whales and study whale behaviour,” said Prof John Nabelek, co-author of their study, just published in Science. “We thought maybe we can study the Earth using those calls. What we discovered is that whale calls may serve as a complement to traditional passive seismic research methods.

“This expands the use of data that is already being collected,” he said. “It shows that these animal vocalisations are useful not just for understanding the animals, but also understanding their environment.”

Nabelek and lead author Vaclav M Kuna had been studying earthquakes using a network of 54 seismometers placed along a seabed faultline lying 100 miles or more off Oregon’s coastline. They realised that strong signals they were picking up corresponded to the presence of whales in the area.

“After each whale call, if you look closely at the seismometer data there is a response from the Earth,” said Nabelek. Although the vocalisations bounced between the sea’s surface and the seabed, part of their energy was also being transmitted through the ground as a seismic wave.

Using a series of whale songs recorded by three seismometers, the researchers were able both to pinpoint the whales’ location and create images of the Earth’s crust layers from the vibrations. They are now using the information to find out more about the physics of earthquakes, including the relationship between sediment thickness and velocity.

Until now such work was carried out using air guns, which provide higher-resolution images but make the process both expensive and invasive. Using whale song is “useful for investigating the Earth’s oceanic crust where standard science survey methods are not available”, said Prof Nabalek.