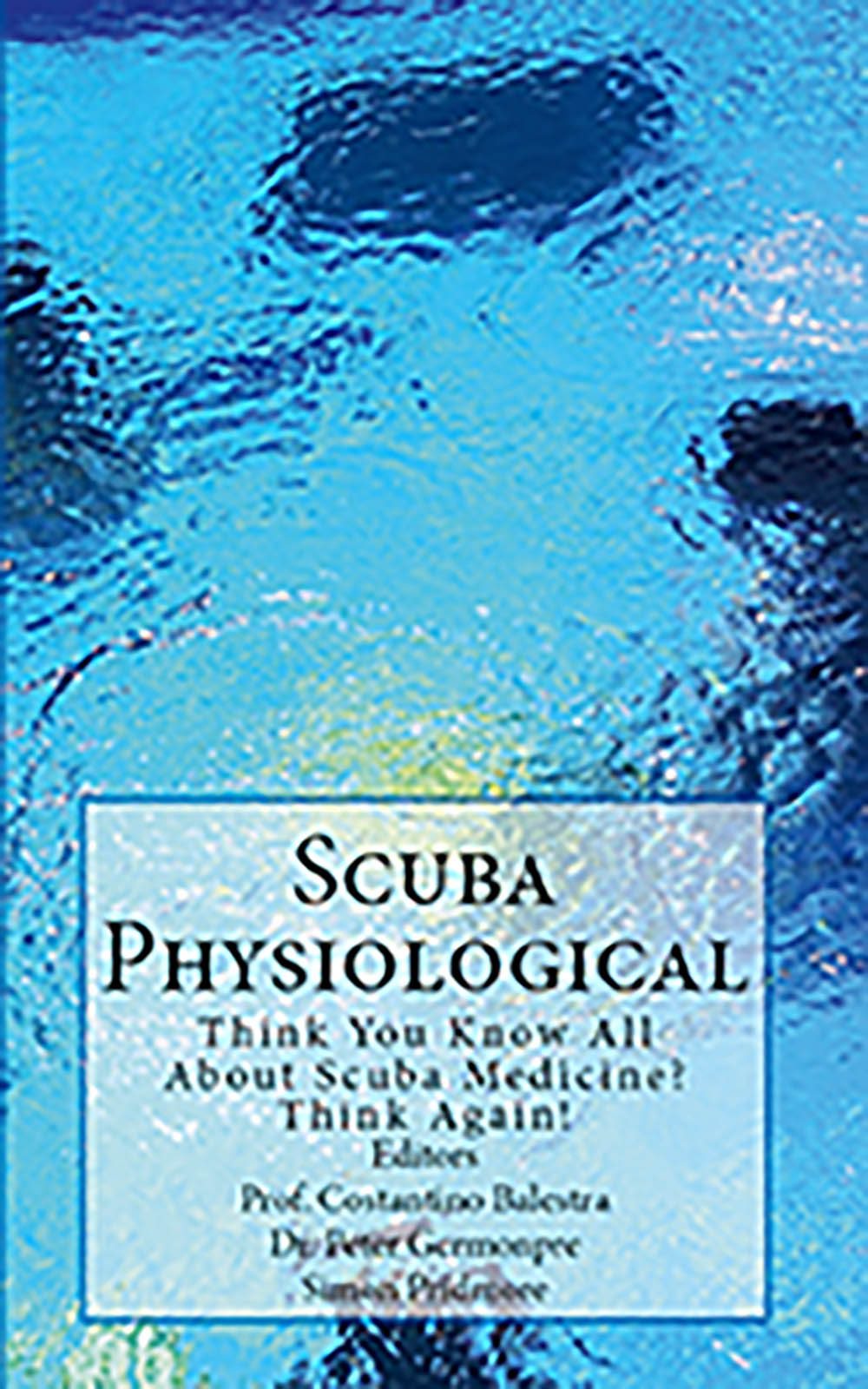 SCUBA PHYSIOLOGICAL is an e-book promoted as a review of some of the latest thoughts on scuba physics and physiology in a tone and form that makes it accessible for the general population of layman divers.

It’s based on a book called The Science of Diving – Things Your Instructor Never Told You, which was “written by scientists for scientists”.

Why is it packaged in the style of Simon Pridmore’s other popular books for divers? It was his idea to ask the original authors if they would let him edit the book into a layman’s version in digital form. They later approved what we now have here

as Scuba Physiological, a book based on scientific theory and claiming to  contain no opinions, only information backed up by experiments.

The format is that of a series of  independent essays written by different groups of authors, with a great many names mentioned. The mix of contributors ranges from scientists in many fields, doctors

of many different specialities, physiologists and just those in “the field” of diving.

The individual nature of the chapters, with their different contributors, does lead to some repetition, but this is more a positive than a negative, allowing some consolidation of the ideas.

Topics range from decompression theory and current treatment (and its limitations), an overview of why decompression illness (DCI) occurs and how it can be measured.

The book then expands into commercial diving, technical diving and nitrogen narcosis, ending with some “Food for Thought” – short essays on various subjects.

So does the book achieve its aim of making complex subjects accessible to the layman? Well, partially.

As a doctor with a fair history and understanding of diving medicine and diving physiology I found the book interesting and thought-provoking.

Some of the latest theories and ideas were present and were certainly made easier to read, but I’m not sure to the level of the average “diver with knowledge on the subject”.

Some of the early chapters on decompression models and diving and the blood vessels got my brain working hard, yet others on commercial and recreational diving required no effort.

I suspect that some of the physiology and ideas will be beyond the “average” layman diver, but there are plenty of other bits in the book that are interesting. If you can grind through the first few chapters, the rest is easier going.

There is an excellent glossary of terms to help, which is actually worth going through on its own, and all the acronyms are explained.

Who will get the most out of this book? Certainly clued-up enthusiast divers who really want to progress their knowledge, but I still suspect that the main audience would be those coming into the field of hyperbaric medicine, treating affected divers and wanting something to progress them from the basic taught knowledge.

It’s the sort of book I would have loved to have read in my early days. Saying that, I still enjoyed it today, and there are some lovely thought-provoking ideas and questioning of current dogma. This book is well worth the read.