Hot on the heels of the recent environmental documentary Chasing Coral, reviewed in these pages (One-Sided But Right-Sided, September) comes another polemic about the probably irreversible damage we’re doing to Earth’s underwater world. 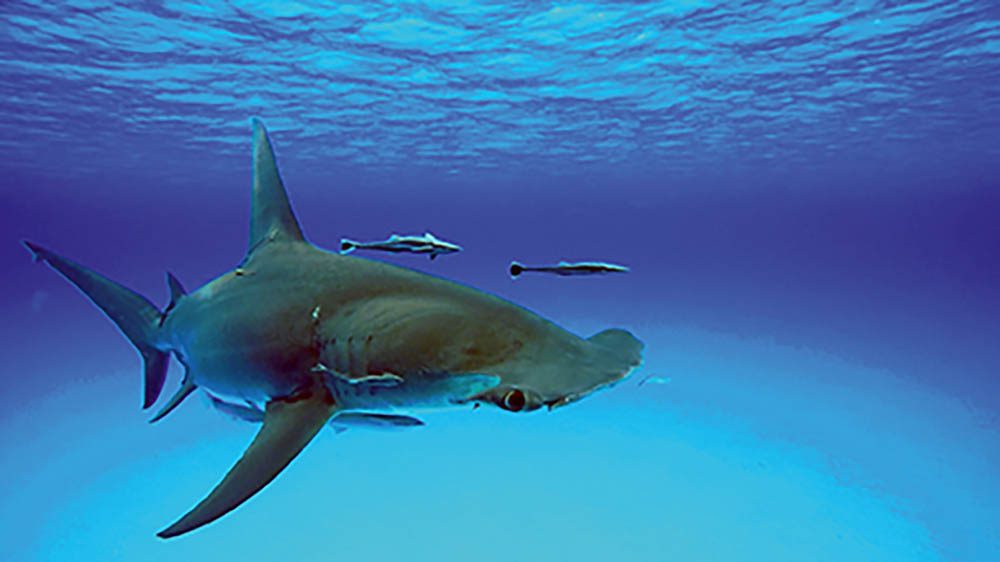 CHASING CORAL WAS LUCKY in that it won distribution through Netflix, one of the most influential distribution channels around today. This means that some people might get to watch it who wouldn’t otherwise have been interested, if they can tear themselves away from Suits for long enough.

Because Sea of Life is on Vimeo, and you have to find it and then pay a one-off fee to watch it, it’s more than likely that it will be preaching mainly to the converted.

Which is a shame, because it’s an extremely well-made, thoughtful film with a lot of good underwater content (entertainingly, the names of all the marine creatures are placed in order of appearance alongside the talking heads in the end credits).

The message is unremittingly bleak and elegiac, of course, which wouldn’t draw casual viewers looking for light entertainment anyway.

It’s only the images of marine life that provide any relief, though even then you just keep thinking: “I wonder how long we’ll go on being able to see sights like that?”

Where some documentaries of this sort, such as Louie Psihoyos’s Racing Extinction, end on an affirmative note and suggest that there’s still time to do something about the oceans’ plight, this one gloomily but realistically acknowledges that sense of activists talking endlessly to other activists rather than being able to convince the game-changers.

If the game is to be changed, new forms of activism will be needed to harness what is certainly a significant groundswell of feeling, led by the younger generations that will bear the brunt of our thoughtlessness.

Julia Barnes has travelled around the world filming under water and topside and talking to a dazzling array of underwater conservation’s popular front, including Psihoyos himself, who describes what is being achieved now as mere “triage”, Dr Sylvia Earle, Paul Watson, Madison Stewart and many more.
But it’s the thoughtful contributions of the late Rob Stewart – whose own 2012 film Revolution inspired Barnes to make Sea of Life – that stuck in my mind, and reminded me of what a great loss his voice is to the diving world.

Always articulate, his bottom line is that environmental activists can end up appearing to fight the world instead of fighting for it, a position that ultimately leads nowhere helpful.

The point is strongly made that it’s rearing animals for their meat that is one of the biggest threats to the oceans – “pigs are eating more fish than sharks do – what kind of world is that?” asks Paul Watson of Sea Shepherd.

Also, that even if we stopped every damaging human practice today, it would still take decades just to halt the existing downward spiral.

Julia Barnes is a young director representing a generation that is anything but starry-eyed about the future. She deserves great credit for her visually appealing film, downbeat as its message may be for divers.

We probably have a fair idea of the problems we face already, but it never hurts to be reminded.

Whether the unconverted will ever get the message is another matter.