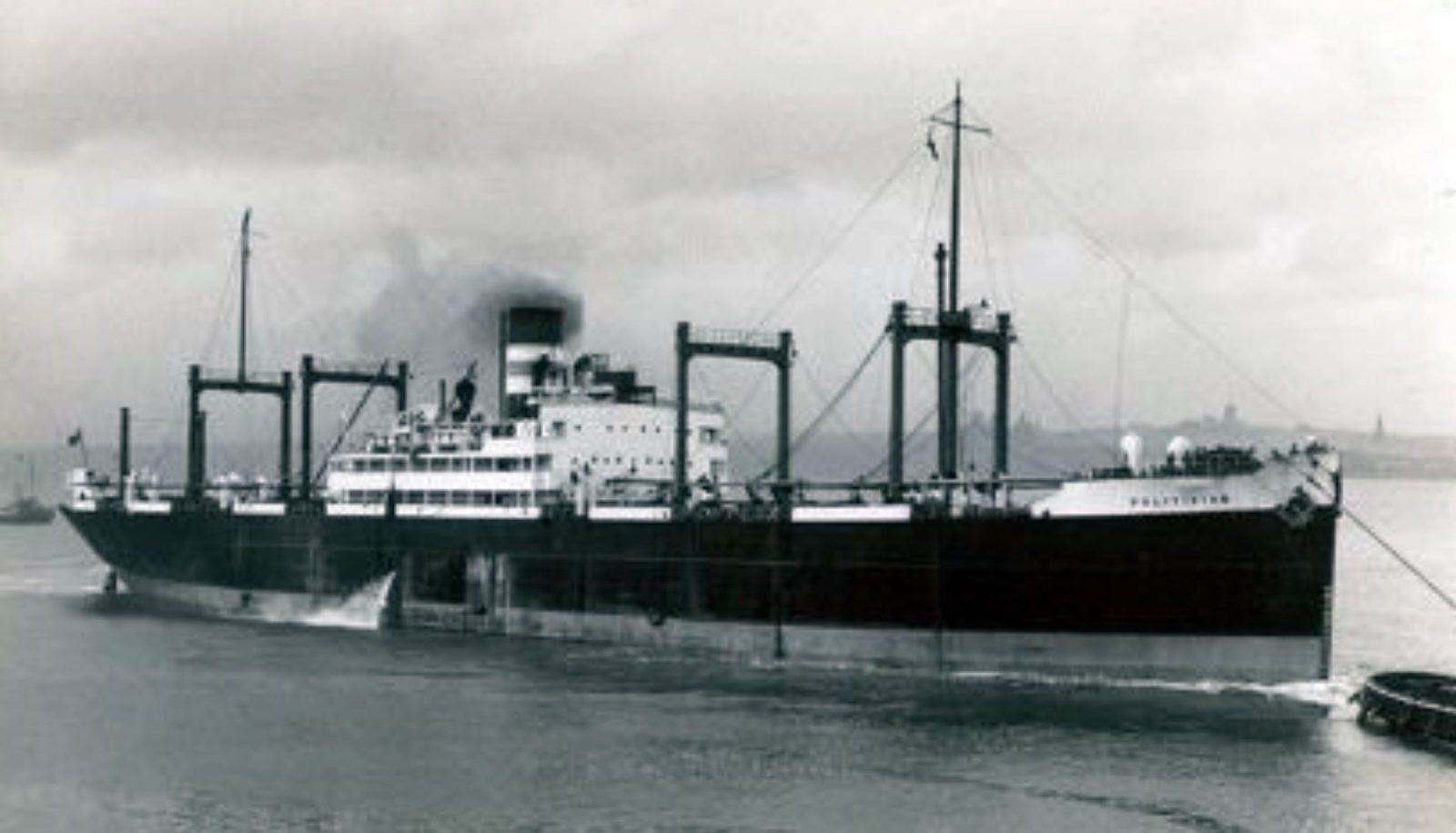 An unlabelled bottle of probably undrinkable Scotch has been sold at auction for £9200 – along with the helmet of George Currie, the diver who recovered the bottle from the wreck of the Politician in Scotland in 1987.

It was the Scottish Maritime Museum that bought the whisky bottle, one of 264,000 that had been packed in 22,000 cases in the steamship’s hold number 5.

In February 1941 the 137m vessel was heading from Liverpool to join a convoy bound for Kingston, Jamaica, and New Orleans. She was carrying not only whisky but cars, bicycles, cotton, medicine, tobacco and Jamaican currency.

Gale-force winds caused Captain Beaconsfield Worthington to change course, and two days out on the morning of 5 February the ship struck submerged sandbanks off Rosinish Point on the Isle of Eriskay, grounded and flooded.

The crew were rescued by people from Eriskay, but soon they and others from across the Outer Hebrides had started recovering the whisky, on which no duty had been paid. Living under WW2 rationing controls, they claimed to have salvage rights to the ship’s cargo. A number of them were later caught and imprisoned, and the Politician was scuttled.

The story was immortalised in Compton Mackenzie's book Whisky Galore! after the war. The 1949 film became a classic and was remade in 2016.

Most of the submerged cargo was officially salvaged at the time but in 1987 North Sea hardhat diver Currie and colleagues embarked on a search for the wreck after completing a subsea cable repair between South Uist and Eriskay.

They found it and recovered eight bottles. The now-auctioned bottle had remained in Currie’s possession, along with two bricks from the Politician included in the auction lot.

“We are thrilled to add this bottle of whisky that has become so embedded in Scottish island folklore to the collection,” the museum’s senior curator Abigail McIntyre told the Press Association. “There are so many fascinating topics we can explore with our visitors through it, from island life during the war period and underwater archaeology and recovery through to challenging our understanding and portrayal of smuggling in Scottish waters.

“The wreck of the ss Politician had a profound effect on the life of the islanders of Eriskay, many of whom felt keenly the injustice of being prosecuted. As well as looking at the impact of the shipwreck generally, we will also explore maritime laws and their implications through this wonderful new artefact.”

The whisky is believed to have come from the W&A Gibley distillery, which owned the Glen Spey, Strathmill and Knockando brands before the war, and was purchased with the help of the National Fund for Acquisitions.

The museum’s maritime heritage collection is housed in Irvine, Ayrshire, where the bottle will go on immediate display, and in Dumbarton. It will later feature in a planned “Smuggling and Swashbuckling” exhibition.