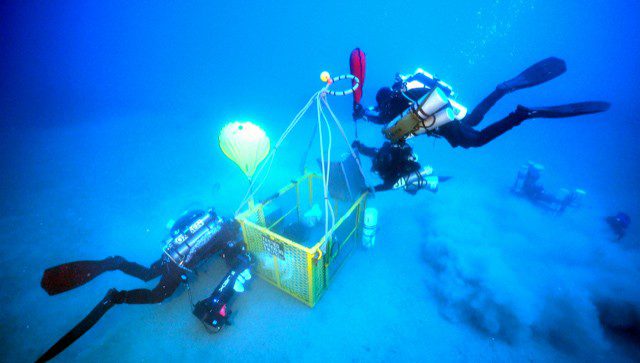 Two bronze warship rams, ammunition and armour have been discovered at the site of the ancient Battle of the Egadi Islands off western Sicily. Victory in the naval action in 241 BC led to Rome triumphing over its arch-rival Carthage in the First Punic War.

A report by Mediterranean maritime archaeological research body the RPM Nautical Foundation reveals that in addition to the new discoveries in August four more rams and dozens of artefacts were raised during this year’s survey of the historic battleground, now in its 16th year since the site was identified in 2005.

The research project is a collaboration between RPM, Sicily’s Superintendence of the Sea (SopMare) and the Society for the Documentation of Submerged Sites (SDSS). Although the main battle concentration covers fewer than 5sq miles, an AUV and an ROV were deployed to scan a 104sq mile survey area from the research vessel Hercules, while SDSS scuba divers worked at locations of interest on the seabed.

The protracted First Punic War was fought for control of Sicily. Historians of the time recorded hundreds of ships ramming each other as the Carthaginians sought to break through the Roman line to resupply their army on the island. Rome had the advantage because its warships were not weighed down by supplies, and victory provided the republic with its first overseas territory and effective control of the central Mediterranean.

Twenty-five bronze warship rams have now been discovered in the course of the project. Before it, only two such artefacts from the time had ever been found.

Also discovered this summer were dozens of lead slinger projectiles, several bronze helmets and cheek-pieces, and Roman and Hellenistic Greek coins. The rams and armour were said to represent the peak of mid-3rd century BC technology.

Also found was a very large merchant shipwreck from the first half of the 4th century AD. It had been carrying amphoras produced in Lusitania (now Portugal) and Baetica (Spain). Other ancient wreck sites have been found around Sicily recently, as reported on Divernet in early August.

“Together with the results of previous years, the discoveries made this summer further reveal the picture of this ancient naval battle, which to date is by far the best documented from an archaeological point of view,” said SopMare director Valeria Li Vigni of the Egadi Islands finds.

The survey is set to continue next year.