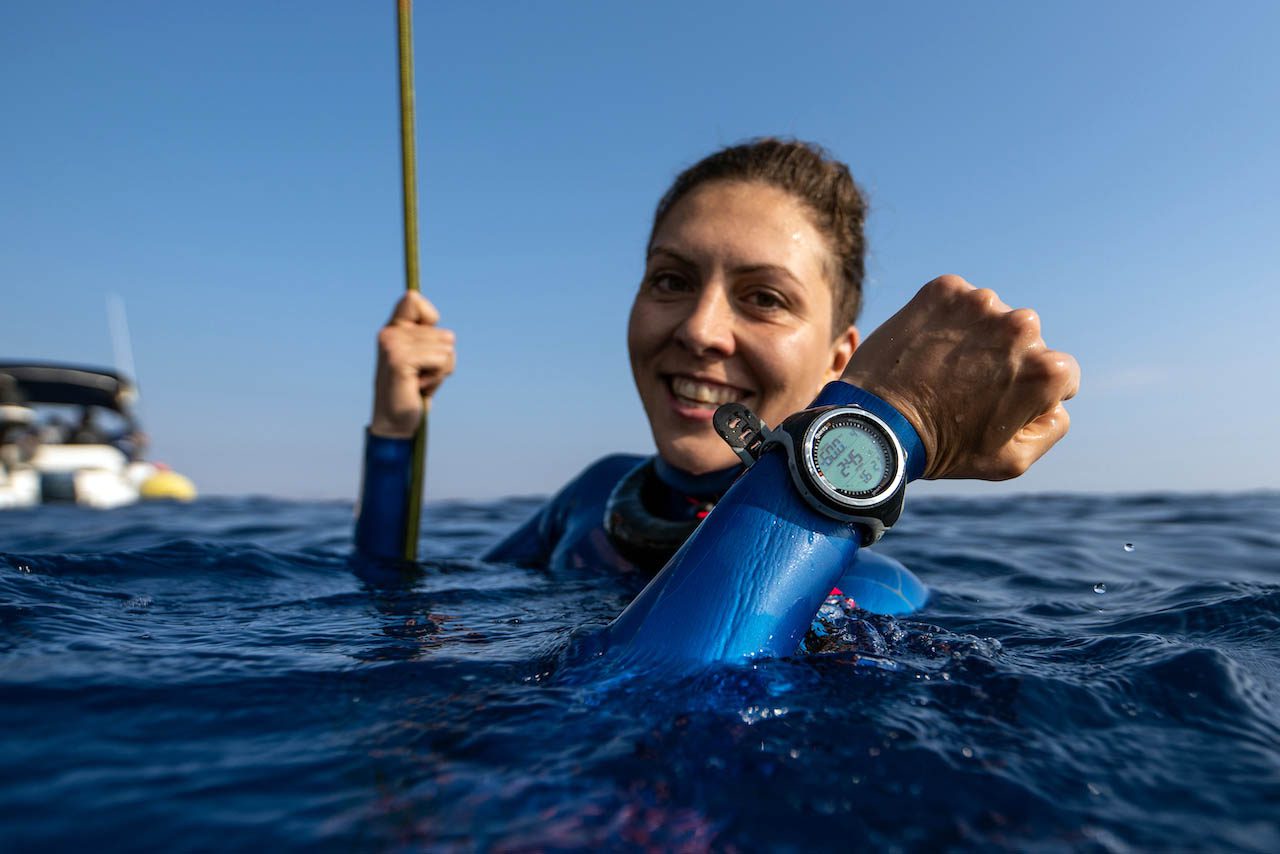 British freedivers Alice Hickson and Alex Atkins have achieved a double first – it’s the first time either athlete has been recognised as a National Freediving Champion.

At the end of each year, the British Freediving Association (BFA) awards this accolade to the male and female who have collected the most points in competition throughout the year.

“It helps to compete in as many of the competition disciplines as possible,” says the BFA.  “This is no easy feat but it has the added benefit of making the freediver a stronger and well-rounded athlete.”

Hickson, a freediving instructor, has participated in the sport since 2014 and trains, mainly pool-based, with Bristol Freedivers.

Atkins, a Level 3 SSI freediver, took his first course in March 2017 with Aquacity Freediving. He trains with that club and plans to do his instructor course soon. He concentrates on pool and gym work in winter and dives off Cornwall in summer.

“We have beautiful, deep waters in Porthkerris, Cornwall, so it’s a perfect place to do your depth training,” he explains. “I also have a very physical job being a tree surgeon, so that’s a great way to keep me in shape!”

British freediving includes four competitive pool and four depth disciplines. Hickson gained points in every one, but her particular success in CNF and also Static Apnea (STA), in which she achieved a 6min 38sec breath-hold, placed her in the world’s top five in both disciplines.

Atkins had points in all disciplines except Dynamic Apnea (DYN), but stood out by reaching 50m in Free Immersion (FIM), where divers pull themselves down the line using only their arms. “We think it may be all the tree-climbing that gives him the edge with this discipline!” commented the BFA.

The highlight of 2019 for Hickson was the chance to spend time in warm waters at the Infinity Depth Games in Cyprus, where she broke a 12-year national record by diving to 57m and then 60m in the Constant Weight No Fins (CNF) discipline.

Atkins said he was “super proud” to win three medals at the 2019 Bristol Blue Nationals and come second overall. He also attended the Infinity Depth Games where “I was stoked to get an official 50m dive in a competition – and my deepest dive of the year”.