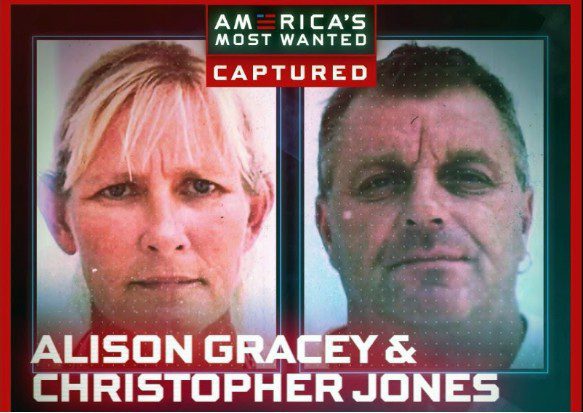 A British couple who became fugitives 10 years ago following the death of a scuba diver on their Florida charter-boat have been captured by police in Spain.

Their arrest came within four days of the pair featuring on America’s Most Wanted, a newly revived Fox TV series that had last been on air the same year that they had evaded a US indictment.

Alison Gracey, 53, and Christopher Jones, 56, have now been arrested in Madrid and, according to Fox, are being held on charges of involuntary manslaughter and making a false official statement.

Gracey and Jones ran a dive-charter company called Key Largo Scuba Shack in the Florida Keys. On 18 December, 2011 Aimee Rhoads, a 36-year-old diver on holiday from Seattle, booked a trip on their 9m boat Get Wet.

Carrying six passengers including Rhoads and her sister-in-law, Get Wet was heading towards its second Molasses reef dive-site in heavy seas when it began taking on water. Witnesses on another dive-boat nearby said that the vessel sank within two minutes. Rhoads and another diver, Amit Rampurkar, were trapped in the cabin.

Get Wet captain John Nathaniel dived to retrieve the divers, bringing up Rampurkar first before returning for Rhoads. Both had been unconscious. The other dive-boat picked everyone up but Rhoads could not be resuscitated.

A subsequent investigation alleged that Gracey and Jones had been repeatedly informed of major safety problems with Get Wet but had refused to take action. In the USA vessels claimed to carry no more than six paying passengers did not need the annual safety and biennial hull inspection required by larger vessels.

The US attorney’s office stated that Gracey and Jones, who at the time of the incident were in the Bahamas opening a Scuba Shack in Bimini, had operated the boat in an “alleged unlawful and careless manner” that had “caused the death of an individual scuba diver”.

It also stated that they had knowingly “made a false statement to the US Coast Guard National Vessel Documentation Center about the boat’s ownership”. Gracey faced a maximum prison term of eight years and Jones ten.

In June 2015 the two British citizens were arrested in the Dutch Caribbean island of St Maarten, but were released on bail by the authorities pending extradition. They fled the island and had last been reported in France in April 2017.

On America’s Most Wanted, age-progression and appearance simulations were used to suggest how the fugitives might look a decade after their initial escape.

Gracey was described as 5ft 7in and to have weighed around 145lb at the time, and to have an Irish accent. Blonde at the time, she was visualised with different hair colours. Jones, 6ft 3in, weighing about 275lb and with a British accent, was shown with and without his favoured aviator sunglasses.

Viewers were encouraged to call the programme’s phone bank if they could provide useful information.